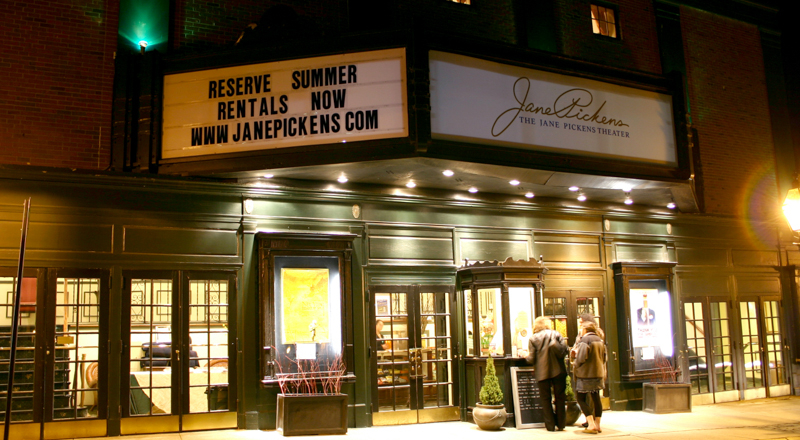 As someone who made a living in the movie industry for over two decades and now writes about it, it pains me to admit this: I’m scared for what it’ll look like this time next year.

I know, we’ve been through this before. Each time a new technical advancement in the Home Entertainment space appeared on the scene over the last 60 years there would be a whirlwind of articles trumpeting the death of movie theaters. It happened with TV in the 1950s, home video in the 1980s, home theater in the 2000s and streaming in the 2010s. Each time, the industry that I grew up with weathered the storm and continued to survive and flourish, much to the apparent dismay of the Chicken Little scribes ready to drive the wooden stake into the collective hearts of our local movie theaters.

But this time it feels different. Along with virtually every other sector of the business world, the movie business has been turned completely on its ears by COVID-19, forcing a content-starved population to remain indoors praying to the altar of Netflix and Amazon Prime. From a timing standpoint this couldn’t have come at a worse moment for small town movie theaters in particular, as they not only have to vie with those two entities for customers’ eyeballs but also have to send troops to the other flank to wage battle against new services such as Disney+, Peacock and HBO Max while watching both the mainstream and industry trade media focus more on what will happen with behemoths like AMC and CMX than on the fate of theaters like the Center Cinema in Vinita, Oklahoma.

And the media isn’t helping. With the lack of new films in the marketplace, many who write about the industry have had to come up with stories to justify their existence and the easiest punching bag appears to be the movie industry, specifically movie theaters themselves. They trumpet the VOD revenue of “Trolls: World Tour” as if it was “Avengers: Endgame” without doing the necessary hard dive into what that $95 million in revenue actually means vis-à-vis what that film would have done in movie theaters around the globe. When moviegoers read article after article talking about how everyone is staying home to consume content they eventually start to believe it.

It is from this one-hand-tied-behind-their-backs starting point that movie theaters have to emerge to lure back customers who are just beginning their respective toe dips out of their cocoons. For the major circuits it’s a bit easier, thanks to deep pocketed parent companies and economies of scale.

But for smaller, independent theaters, hanging on until the major studios decide to start releasing summer tentpoles, treading water for the next month or so is going to be extraordinarily difficult. Theaters can only play so many classic films in their reopened theaters. That novelty is almost certain to wear off quickly, especially if other forms of entertainment such as dining or pub crawls start to vie for their patrons’ attention. And if you think that won’t be the case then just check out these images from Memorial Day weekend in Lake of the Ozarks in Missouri. A Mensa Convention this was not.

Indeed, the next month plus will be rough seas for independent cinemas but the real question will be how many movie theaters could survive against these odds if studios decide it’s too much of a financial risk to release their July or August titles during the summer. Asking local cinemas in small cities and towns around the world to hang onto a piece of wood while floating in the freezing waters surrounding the Titanic for a few weeks is one thing. If we won’t have new releases for several months then that could spell the end for many independent cinemas and that would be calamitous.

The loss of small town USA movie theaters would be a shame and of personal consternation to me personally. My father ran a small chain of movie theaters in New England and I grew up toddling around small town cinemas and drive-ins in places with names such as Boscawen, New Hampshire; Madawaska, Maine; and a single screen theater in Scituate, Massachusetts which my family watched floating out to sea on the evening news during the Blizzard of ’78. Scratch that one off the SBC Theatres gross reporting chart.

Yes but what’s the big deal about keeping cinemas alive, most of which gross a minuscule percentage of big city theaters, you may ask? If you’re based in a large city that’s an understandable question to ask. But I saw what these theaters meant to small towns when I started working at movie theaters in my teens. Starting out at a twin cinema in my hometown of West Peabody, Massachusetts—which used to be owned by the old Jerry Lewis chain by the way—then onto the local drive-in and moving up to a six screen “multiplex”, I would see the same patrons, most of whom were my neighbors, showing up every Saturday night, even if they weren’t especially excited about either of the two movies we were showing.

My time at the Cape Ann Twin Cinema in the blue collar fishing village of Gloucester, Massachusetts was my favorite small town cinema memory. The theater used to be an old vaudeville house and a 19th century ship captain’s home and, don’t think I’m some kind of loon for saying this, was actually haunted. This was a tidbit of information that was well-known to local residents though unbeknownst to me when I agreed to be the manager for a summer, which answered my questions as to why they’d hand the manager reins of a thriving movie theater to a nitwit kid like me. I’d tell you some stories about the slamming of locked doors, lights flickering on and off after moviegoers left for the evening, and the rearranging of movie posters, but those are better told around midnight on a foggy evening.

As far as the Cape Ann’s clientele was concerned, they were almost as colorful and entertaining as the movies on the screens. Many of the patrons came either straight from the fishing trawlers in Gloucester Harbor or from the local Gorton’s Fish processing plant, located 50 yards from the cinema and resembled something out of one of those old Sherlock Holmes movies that took place on the London docks. Suffice it to say, the aroma when you walked into the theater was not of popping corn but rather of cod and lobsters. Try getting that from the AMC Lincoln Square or the BFI IMAX.

Still to this day, many of us who have grown up in the industry hold a special place in our hearts for neighborhood movie houses. Whether they be the Tom Thumb Theater in Margate, UK or the Jane Pickens in Newport, Rhode Island, they are an important part of the community and losing them because of a movie industry in chaos would be a catastrophe. Certainly, people in small towns could drive a bit further to the local AMC or Cineworld multiplex but the theatrical experience I saw every Saturday night with an audience full of neighbors and friends, exchanging stories of the fortunes of the town’s football team, how much snow we might get from the latest “naweastah” or salacious gossip about who’s getting a divorce from whom, would be lost forever.

Yes, I have spent enough time at studios to fully understand the financial decisions that have to be made by movie studios such as Warner Brothers and Disney over the coming week—and a decision does have to be made in the next several days if July’s releases are to go off as planned. But don’t they also have a responsibility to independent movie theaters around the country and indeed around the world, to throw them a life preserver too?

In the short term that might mean that “Tenet” and “Mulan” may underperform expectations due to coronavirus restrictions and a general hesitancy from some moviegoers to return to theaters. But in the long term it will help safeguard the survival of a very important part of the movie industry—and indeed our culture—and ensure that small town cinemas don’t become ghosts of the past.