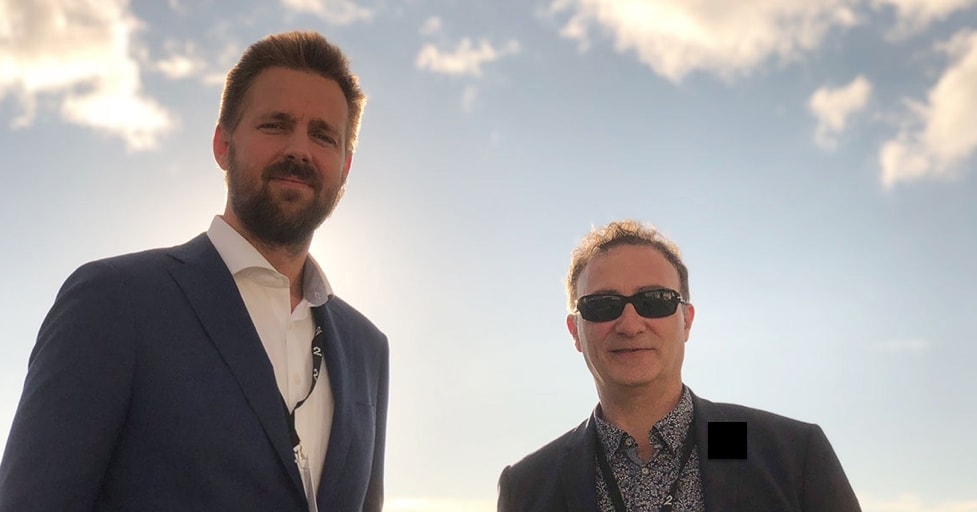 It was announced at Haugesund Film Festival this week that Unique’s MovieTransit is now no longer the only delivery method for content to local theaters. Eclair has now installed EclairBox in 169 out of 177 cinemas in Denmark, and now Norway is next up.

Nordisk Film Kino is the first to get the boxes installed at each cinema. DIVO Post Production assisted in Denmark, while in Norway it is Kino & AV Teknikk, which is the collaborator.

EclairBox can be linked to any Theater Management System (TMS) / Library Management Server (LMS), so that DCPs can be downloaded to each single movie theater. Eclair is also launching EclairPlay, a content platform for new and older films, and promotional material for film launches.

“Competition is always good. A monopoly only brings benefits to one company. With EclairBox distributors and cinemas get an alternative,” says  Hugo Fuhlendorf, CEO of Kino & AV Teknikk.

During the Norwegian Film Festival in Haugesund he presented the news together with Manel Carreras, Senior Vice President Business Development & Studio Relations at Eclair .

Manel Carreras says EclairPlay will be an “inspirational film catalog for theaters”, and it is up to the distributors how much content they want to make available.

“This is not about comparing EclairBox with other solutions. With our offering, distributors are given the freedom to choose between suppliers. Our customers expect us to be in the Nordic region and I believe it is important to offer our products where today there is a monopoly. Competition is healthy. It gives the the market a choice, and allows all service providers to work harder to  innovate.,” says Carreras.

Why does a cinema want to choose a different solution than they have today?

“EclairBox works with all TMS,and it brings added value. In Norway, we offer the box at no cost to cinemas, including the installation,” according to Carreras, who is based in the UK.

“But also because we listen carefully to the needs of our customers. We look at it more as a long term collaboration where we share a roadmap for the next few years since technology is changing rapidly.”

So why choose EclairBox rather than Movie Transit?

“I don’t think is about choosing but bandwidth and capacity. The advantage of EclairBox among other things, it’s a recent development. If a cinema has two boxes, there will be greater capacity for the delivery of the movies to that cinema. Distributors may want to choose supplier or to share their titles, some may not want all the eggs in a basket,” he adds.

Manel Carreras says that the installations of EclairBox will take place in the autumn, winter and are likely to be completed by spring 2019.

How will you convince the cinema business in Norway?

“When we get to the Scandinavian market, it is to stay. We would not have made the investment otherwise. Today  we are in position to do that. (…) One can never be guaranteed success, but first we put out the equipment, and then we work hard to get the trust. For us, it is obviously a big investment to put all the boxes out at the cinemas. This shows our commitment.”

“I think customers may have had a good experience with today’s system, but I believe they want choices and we offer this, an  innovative alternative.” Eclair is part of the Ymagis Group, which also consists of CinemaNext. The company has a history of dating back to 1907.

Asked why Eclair initially starts seriously with IP delivery of DCPs, which Unique has been doing for over six years, Carreras answers:

“This is an ever evolving industry, technology changes bring new opportunities. The IP infrastructure has improved and now is more cost-effective than in the past.” The company has meanwhile operated with hybrid satellite / terrestrial IP sharing and traditional physical DCPs.

This article originally appeared in Norwegian in Kinomagasinet on 29 August 2018. The responsibility for any translation errors is solely Celluloid Junkie’s.