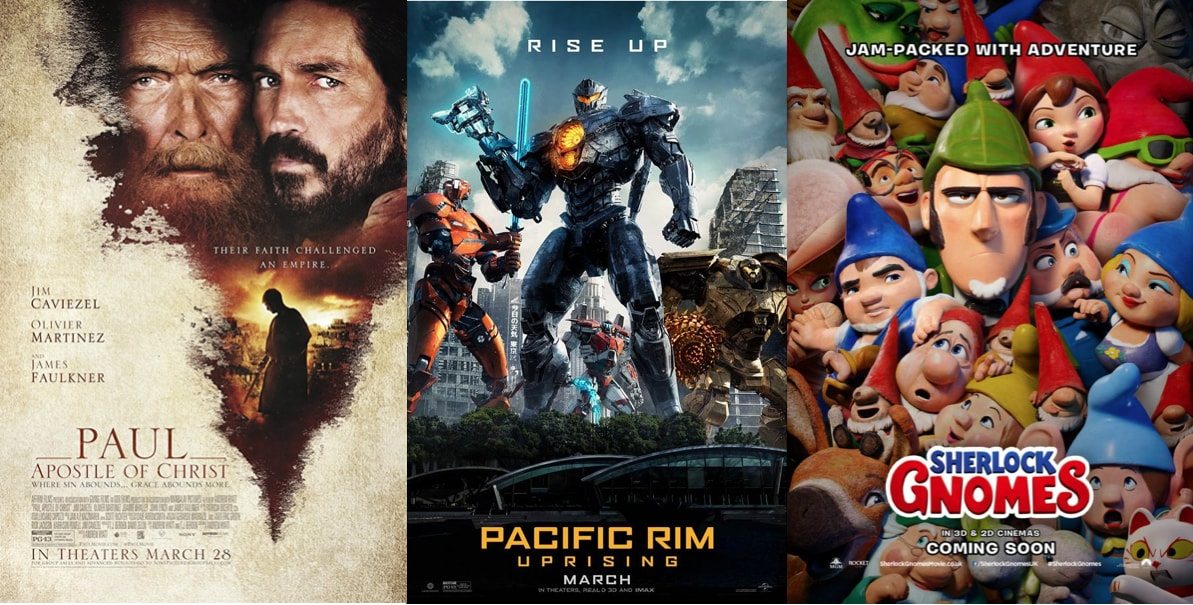 For the fifth consecutive weekend, Marvel’s “Black Panther” found itself perched atop the boxoffice charts, tallying USD $27 million and easily defeating newcomer “Tomb Raider”’s $23 million.  Panther is now up to a gargantuan USD $605 million domestic and USD $577 million internationally. I’m assuming its stay at the top will finally come to an end this coming weekend with “Pacific Rim Uprising” set to make its debut but at this point who knows.

The aforementioned “Tomb Raider” came in very close to our projection with $23 million, far lower than what most of the industry predicted. Again, the film should enjoy a heartier boxoffice life overseas and has a decent shot at making its USD $100 million budget back. For all the industry know-it-all sites proclaiming the film to be a disappointment this morning, just check the international take when all is said and done and get back to us. This film was never meant for domestic audiences, plain and simple. And talk about a middling reaction, the film garnered a 50 Rotten Tomatoes score and a straight B on Cinemascore.

The real surprise of the weekend was Roadside’s faith based effort, “I Can Only Imagine”, which grabbed the third place slot with USD $17 million on only 1,629 screens.  The film proved to be a gift from the heavens to exhibitors, especially in the south and midwest where the film was #1 in many theatres and had the highest per location average on the board. The movie also garnered a very respectable 80 RT score and an A+ Cinemascore. Who knew Cloris Leachman was this popular? As we mentioned in last week’s column, faith based title success often revolves around two factors: does the studio have the appropriate agency in place to cultivate a following with church groups and is there a media focus on the film. Those two things obviously happened here.

While Fox’s “Love, Simon” came in below our overly optimistic projections at $11 million, the movie also scored an A+ on Cinemascore and a terrific 91 RT figure.

Evidently very few moviegoers wanted to relive a 1970s hijacking drama and as such “7 Days in Entebbe” floundered with USD $1.6 million in 800 theatres.

PACIFIC RIM UPRISING (Universal)— “Pacific Rim Uprising” is back and seemingly the only thing left over from the 2013 original is the title. Director Guillermo del Toro is gone, as are Idris Elba and Charlie Hunnam. Universal is obviously hoping that Scott Eastwood and John Boyega ably fill in this time out.

The Verdict– The original opened to USD $37 million in 2013, going on to total USD $101 million Stateside and a lofty USD $309 million overseas. Without del Toro this feels like an unnecessary sequel and the movie will have boatloads of trouble finding multiple screens this coming weekend with five new films opening and strong holdovers. That will limit the film’s grossing potential. USD $21 million.

SHERLOCK GNOMES (Paramount)—This certainly wins the award for best cast, even if they only appear in vocal form. Garden gnomes call upon the brilliant detective Sherlock Gnomes to investigate the theft of other garden ornaments. Funny, I don’t remember reading that particular Sherlock adventure in Arthur Conan Doyle’s Strand adventures. As if that’s not funny enough, we have Johnny Depp stepping into the role that Basil Rathbone and William Gillette made famous and none other than Chiwetel Ejiofor, Emily Blunt, Michael Caine, Maggie Smith, James McAvoy, Mary J. Blige and Ozzy Osbourne (yes, Ozzy Osbourne) are along for the ride.

The Verdict: Though this is easily the most interesting wide release of the group it probably won’t be the highest grossing one. I doubt kids watch BBC’s Sherlock so they undoubtedly don’t know the character and the vocal talents are more geared to their parents or, in the case of Smith and Caine, their great-great-grandparents. USD $14 million.

PAUL, APOSTLE OF CHRIST (SONY)- One week after “I Can Only Imagine” pulled a stunner, Sony is obviously hoping that lightning strikes twice with this Biblical drama from faith-based filmmaker James Hyatt. The film follows the life of Paul from famous persecutor of the Christians to becoming Jesus’ most influential apostle.

The Verdict: Can someone provide Jim Caviezel a role where he isn’t wearing something that too closely resembles a shroud? For the love of Mike, just put this guy in “Baywatch 2” or “Bad Dads” and bring him into this millenium. Exhibitors were mixed on group presales but the Easter holiday here in America should help the film. USD $11 million.

MIDNIGHT SUN (Open Road)- Maybe just once we can have a young adult romance that doesn’t feature a main charcter with some kind of Ripley’s-Believe-It-Or-Not malady. In the latest installment of Calamity Courtship, Bella Thorne stars as a young woman who suffers from a condition that prevents her from being out in the sun. I’m no certified dermatologist but I think that’s called being a vampire.

The Verdict: This kind of sappy, afterschool special type of offering will ensure that moviegoers also suffer from a condition, one that prevents them from buying tickets to “Midnight Sun”. USD $4 million.

UNSANE (Bleecker Street)– The man who was going to be the self-proclaimed disrupter of film distribution, Steven Soderbergh, is back with this horror/thriller about a woman sent against her will to an insane asylum where hilarity ensues (OK, I made that last part up). Claire Foy (“The Crown”) stars.

The Verdict: Any moviegoer who thinks this might be an evening’s worth of enjoyable entertainment should have their head examined. USD $4 million.

Hallelujah, it’s the return of director Wes Anderson to the big screen, whose “Isle of Dogs” opens in 25 locations this coming week. The movie is the animated tale of a Japanese boy’s search for his lost dog and features the voices of Bill Murray, Edward Norton and Bryan Cranston. 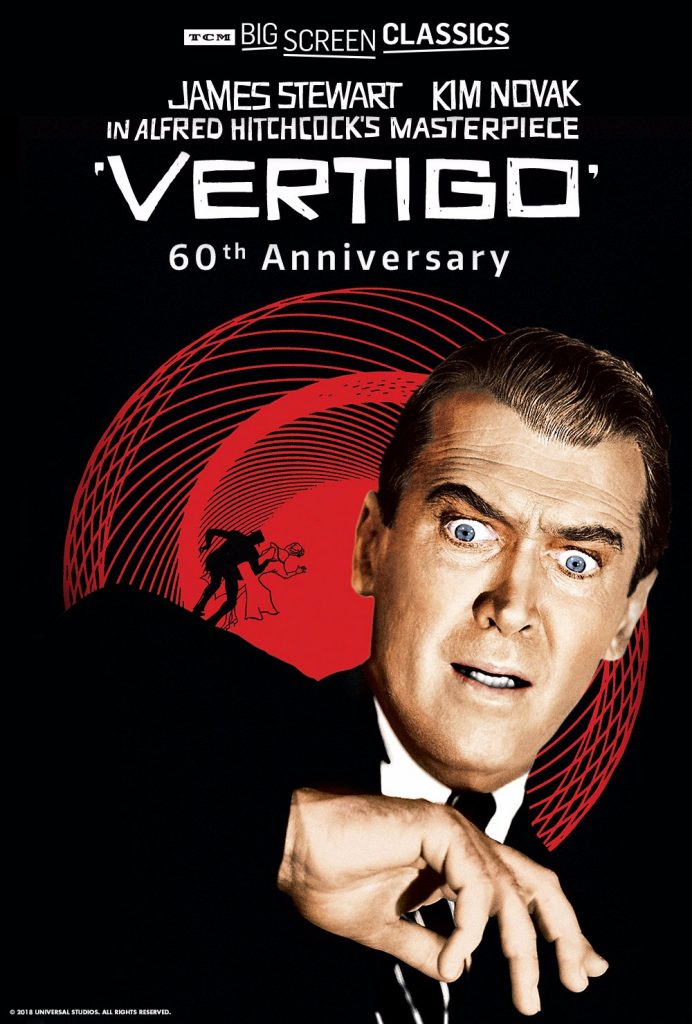 Hitchcock’s Vertigo is back on the big screen tonight and Wednesday here in the US. The nature documentary “The Riot and the Dance” is Monday night. Oscar Wilde’s “Lady Windermere’s Fan” takes the stage on Tuesday in the UK and Ireland and the NTC presents “Julius Caesar” on Thursday. Finally, what’s a week without an anime offering? If you answered “not a week at all” then you’ll be ecstatic to learn that “The Ice Dragon” is on screen in the US next Saturday.

“Leave the gun. Take the cannoli.”