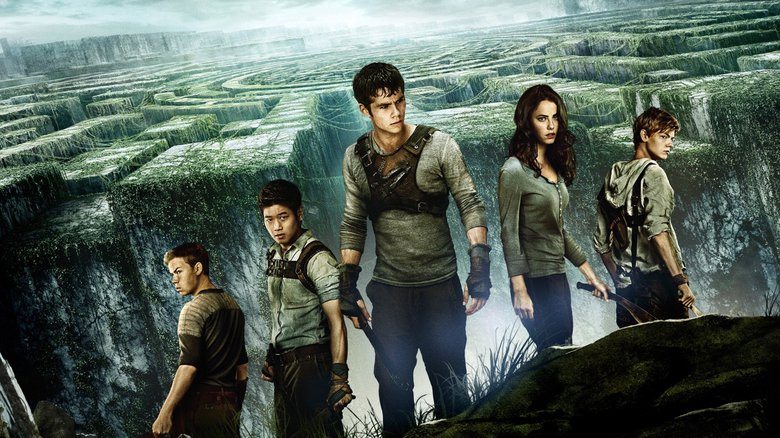 Although a pair of new openers put up a decent fight, alas it was Sony’s juggernaut, Jumanji: Welcome to the Jungle that proved to be King of the Jungle yet again this week, tallying USD $20.0 million and its third weekly win in a row per our friends at ComScore. The Rock’s Big Adventure now stands at over USD $300 million here in the U.S. and USD $400 million internationally. Yet again boxoffice could have been affected by some truly bizarre weather in the Eastern half of the country but moviegoers ignored the snow, ice, sleet, brimstone, and pestilence, dusted off their duck boots, fired up their Ski-Doo’s and somehow got themselves to their local multiplexes.

The news wasn’t terrible for the newcomers either. STX’s Den of Thieves opened a bit higher than expected with USD $15.3 million. As it turns out, audiences were more drawn by co-stars 50 Cent and O’Shea Jackson, Jr than Butler and those in attendance gave the film a decent, if not overwhelming, B+ Cinemascore. We won’t discuss the 40 Rotten Tomatoes score although I do admit that was about 39 points higher than I expected a Gerard Butler film to score.

Faring a bit better was WB’s 12 Strong, which rode into cinemas this weekend and nabbed USD $16.5 million, good enough for second place. Reactions were positive overall, with a Cinemascore of A and a RT value of 54, hardly in the same category as The Shape of Water or The Post, but not bad for a movie starring anyone named Hemsworth.

Roadside Attractions’ Forever My Girl fared very nicely thank you for a rather limited release, cracking the Top 10 and grossing USD $4.7 million on only 1,100 screens. As for the holdovers, The Greatest Showman (down 11%) and Paddington 2 (down 25%) had the best holds while both Liam Neeson’s The Commuter (-51%), STX’s Molly’s Game (-56%) and Taraji P. Henson’s Proud Mary (-63%) got their respective legs cut out from under them.

Again this week we’ve listed anything under 1,000.

The nominations are this coming Tuesday. Here are our fearless (and fruitless?) CJ projections for the major awards:

Call Me By Your Name

The Shape of Water

Timothee Chalamet (Call Me By Your Name)

Daniel Kaluuya (Get Out)

Sally Hawkins (The Shape of Water)

Armie Hammer (Call Me By Your Name)

Richard Jenkins (The Shape of Water)

Michael Stuhlbarg (Call Me By Your Name)

Octavia Spencer (The Shape of Water)

Maze Runner: The Death Cure (Fox)—For this third installment in the MR franchise all of the major players are back including director Wes Hall and star Dylan O’Brien. The franchise is holding up fairly well. The first MR opened to USD $32 million, finishing at USD $102 million and Scorch Trials debuted to USD $30 million, ending up at USD $81 million. This film’s Rotten Tomatoes score is just below that of the second’s 46, though the film’s demo largely isn’t paying too close attention to what Thaddeus St John Smythe at The New Yorker thinks of the movie.

The Verdict: In addition to a reliable fan base, the film has one of the best promotions of the young year so far via a partnership with T Mobile where customers can purchase $4 tickets to the movie. The tickets must be purchased by the 24th and be redeemed through Atom Tickets by the 28th. Side note, Fox is one of the major investors in Atom Tickets.  Figure on a bit more of a drop off with the third installment in the series than with the second. Still, a respectable $24 million opening seems to be in order and the Super Bowl weekend drop-off won’t be too steep considering the fact that 14-year-old girls probably aren’t watching heavily padded, 365 pound linemen concuss each other.

Hostiles (Ent Studios)—Thanks to a very last minute release change—and we do mean last minute—this film was already previewed in last week’s column. They will try again for available screens this coming week. Hopefully they can secure what they need because it’s a film worth seeing, simply for the performances by both Christian Bale and Rosamund Pike.

Nothing of note, unless you have a Kickboxer Retaliation Countdown Calendar on your refrigerator.

If you’re up for a wee bit of culture then crack open a nice bottle of Chateau Grand-Puy-Lacoste then head (hopefully via Lyft) to your local multiplex to see Exhibition on Screen: Cezanne, which features one of the best lines in a trailer, “Everyone is an idiot. Apart from me.” Continue on your own little Grand Tour with Puccini’s Tosca live from The Met Opera next Saturday with an encore (not live) on the 31st. Finally, strap on the beer guzzler helmet and settle in for 85: The Greatest Team in Football, detailing the Super Bowl winning season of the 1985 Chicago Bears football team.