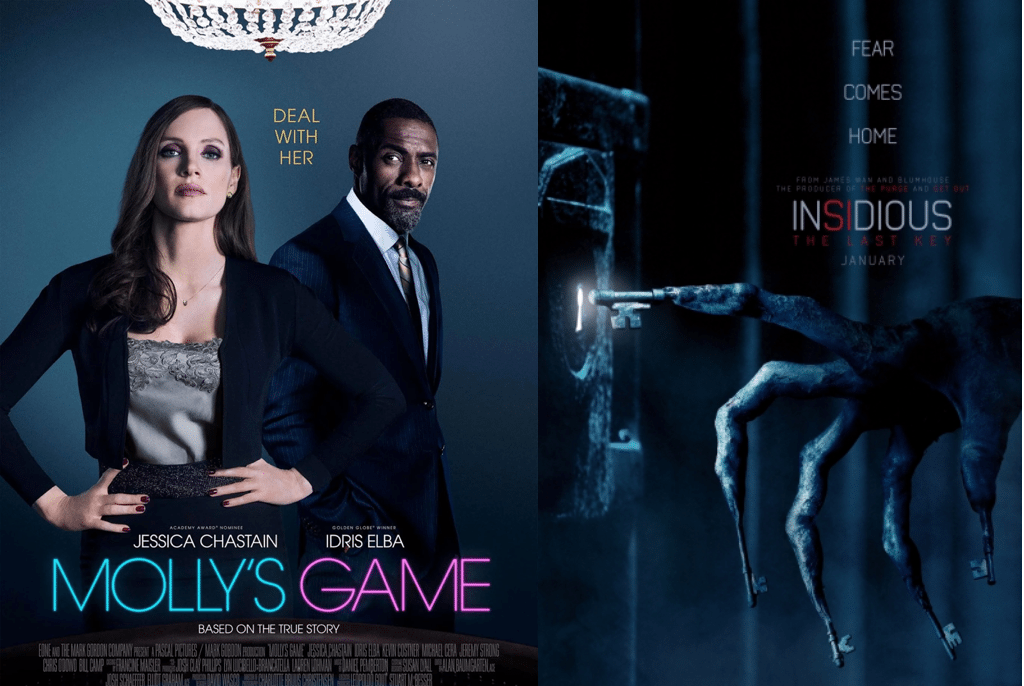 Don’t look now but despite a USD $52 million three day take here in North America, “The Last Jedi” is about to be lapped by Sony’s “Jumanji” reboot.  Many four day projections (including New Years Day) have Dwayne Johnson et al passing the latest Star Wars to actually win the extended weekend. Raise your hand if you thought THAT would happen. Put your hands down everyone on the Sony lot.

“The Last Jedi” passed the USD $1 billion mark worldwide this weekend, currently sitting with USD $517 mil domestic and USD $523 internationally but the real story here is the four quadrant success of “Jumanji”. It racked up over USD $50 million this weekend, up 39% from last weekend, and seems to have caught a runaway train of boxoffice success. Hats off to everyone associated with the film, especially the main stars who are everywhere and have succeeded brilliantly in making this appealing to all ages. After watching Dwayne, Jack, Kevin and Karen on the Graham Norton Show this past week even I wanted to see the film, despite still getting a case of the shakes every time I hear the title, thinking back to our lovely experiences selling the movie at Sony back in 1995.

Elsewhere, “The Greatest Showman” experiencing the largest uptick over the holiday week, up a whopping 73% over last weekend. “Pitch Perfect 3” and “Ferdinand” keep chugging along and are at USD $64 million and USD $53 million respectively.

The one lone holiday week opener was Sony’s “All the Money in the World”, which didn’t quite live up to its title with a USD $5 million weekend (cume USD $12 million). The film needed to stand out in this crowd and a 77 RT score and a just-ok Cinemascore of B did it no Christmas favors.

We will end the year around $11+ billion, in line with 2015 and down slightly from 2016. One side note, that $523 international total for “The Last Jedi” does not include China as the film won’t open there until this coming weekend.

Usually in this space we tackle limiteds and/or exclusives but with so many different release plans over the holidays we’ve listed anything under 1,000 screens.

THE SHAPE OF WATER–USD $3.9 million / 756 locations / USD $4,600 PLA (Never have been a GDT fan so it wasn’t my fave of the season. But Michael Shannon’s villain is truly terrifying)

PHANTOM THREAD–USD $220,000 / 4 locations / USD $55,000 (DDL walks around in an unlikeable mumbling stupor for two hours as if he’s recently been struck in the head by a blunt instrument. 30 minutes in you’ll wish you had been as well. Monotonous, pompous and as dreadfully dull as a six hour lecture on the Dewey Decimal System)

FILM STARS DON’T DIE IN LIVERPOOL–$36,000 / 4 locations / USD $9,000 PLA (Though the story borders on the pathetic, the performances, especially by Jamie Bell and Julie Walters are excellent)

“Insidious: The Last Key” (Universal)—A dozen years ago, studios woke up to the fact that the first week of January can be an opportune time to toss a horror film into the boxoffice mix. Universal first realized that back in 2005 when their “White Noise” nearly stole the weekend from all of the Christmas holdovers with a stunning USD $25 million opening. It remains Michael Keaton’s second biggest non-franchise opening of his career. This year, Universal returns to the scene of the crime by slotting the fourth installment of their “Insidious” series onto the release schedule. Screening reactions have been tepid to put it mildly and the film hasn’t been made available for a Rotten Tomatoes score. Anyone shocked by that?

The Verdict: Unfortunately, the franchise, if one can call it that, has been going in the wrong direction lately, both Stateside and overseas. Chapter 2 was the high point at USD $83 million domestic and USD $78 million internationally. Chapter 3 wasn’t quite so fortunate, dropping back to USD $54 million here and USD $60 mil overseas. It would stand to reason that, with no real new hook this time out, that the fourth offering in the series would suffer yet another decline. Yet something is feeling like this chapter rebounds a bit, especially with no horror title having been in the marketplace since October. USD $16 million.

“Molly’s Game” (STX)—This film was previewed in last week’s article when STX released it on a limited basis over the holiday. It grossed USD $2.3 million in only 271 locations  and now is scheduled to expand to 1,500 theatres. An 81 RT score is good but not overwhelming and the film will need all the help it can get to separate itself from the other Christmas adult titles.

The Verdict: The movie is finding an audience in its initial limited release and Jessica Chastain’s performance is garnering Oscar buzz. Also, Aaron Sorkin’s name still provides a film with street cred. There is just a mass of competition sitting out there so USD $7 million feels about right, most of it coming from the coasts.

The Event Cinema world recovers from Christmas, New Years and Boxing Day this week but comes back with a vengeance starting on January 10th.