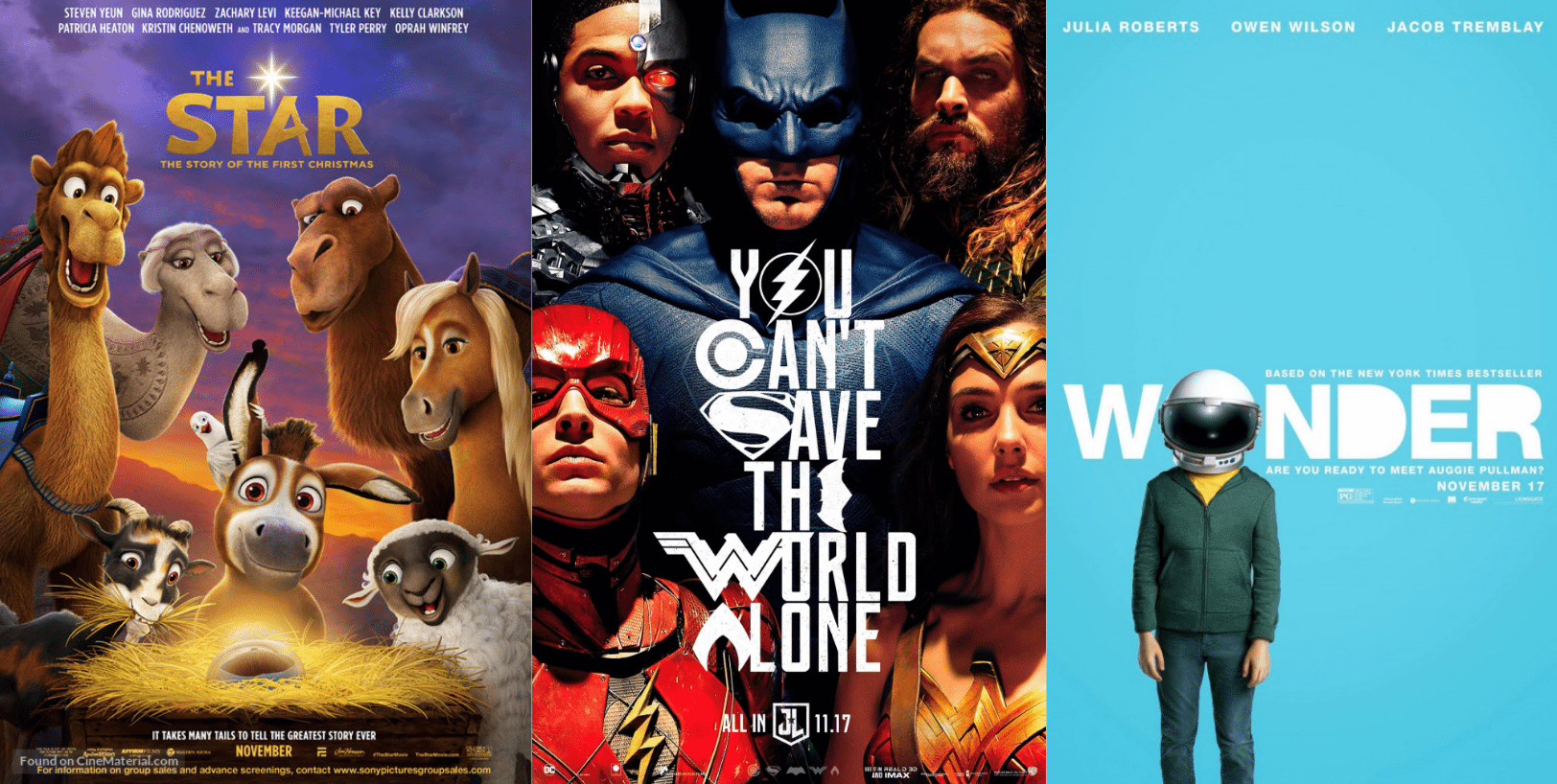 First off, thanks for Patrick and Sperling for their help with the column last week while I was off in the wilds of the San Bernadino Mountains. Also, thank you to all the veterans on both sides of the Atlantic on this Rememberance Day/Veterans Day weekend.

OK, now on to the stuff of lesser importance.

In the annals of great train movies, the original “Murder on the Orient Express” was one of the finest. Granted, it wasn’t in the class of, say, “The Lady Vanishes”, “Narrow Margin”, “North By Northwest” or “The Great Train Robbery”, but all in all it was cracking good entertainment. So forgive rail movie purists for cringing a bit when this remake was announced a few years back.

But as it turns out, in the capable hands of director (and star) Kenneth Branagh, this updated version of Agatha Christie’s whodunnit was as solid a remake as one could have expected and prodded enough adults to put down their Christmas card lists and their two-week-old Halloween candy and trudge into their local multiplexes to the tune of USD $28 million. That slightly-better-than-anticipated number was only good enough for third place this week but this adult skewing murder mystery should play well into December.

MOTOE’s Rotten Tomatoes score was a respectable 58, though interestingly its Cinemascore was a bit of a downer at just a B. In any event, with international grosses off to a flying start, Fox should have no problem at all turning a nifty profit off a USD $60 million production cost.

Back to the world of Thor, the latest Marvel superhero effort fell 54% but still amassed a weekend take of USD $56 million to bring its overall tally Stateside to USD $211 million, which by the way already surpassed the total for the last Hammer God outing which came in at USD $206 million. Oh, and just for good measure, throw in another USD $76 million overseas this past weekend while you’re ringing up the cash register.

Elsewhere, Paramount’s “Daddy’s Home 2” double the daddies and only dropped a bit off the initial outing, landing at an even USD $30 million. It’s hardly an apples-to-apples comparison however, as “Daddy’s Home” opened on Christmas weekend to USD $38 million. Paramount could really have used a second place finish this week with their recent struggles at the boxoffice as well as on the studio lot so finishing in the place position will be greeted with much rejoicing this morning on Melrose (cue the tickertape and USC Trojan Marching Band breaking into “Hey Ya”.)

Last week we saw monstrous numbers for the initial outings of Greta Gerwig’s “Lady Bird” (which, by the way, continues to rack up almost unimaginably strong grosses in limited release) and this week it was “Three Billboards Outside Epping, Missouri”s turn to light up the art house boxoffice, pulling in a per location average of USD $80,000, third best of the year. This is shaping up to be a particularly strong November and December, quality-wise, and didn’t we all just breathe a collective sigh of relief reading that?

A little something for everyone this week and we in the industry like it that way. Let’s have a look:

“Justice League” (WB)—Welcome to the November of duelling superheroes. DC is hoping to replicate, and even surpass, Marvel’s “Thor” success with their eagerly anticipated “Justice League”. Every DC hero imaginable shows up in this film including Superman, Batman, Wonder Woman, The Flash, Aquaman and Cyborg.

Evidently Magpie and Tokamak were holding out for too hefty of a payday. Zack Snyder plops himself behind the camera with Ben Affleck, Gal Gadot, Henry Cavill et al blowing the dust off their superhero garb to tackle the latest effort to rule the world, this time in the form of uber villain (small u, not capital U) Ciaran Hinds as Steppenwolf. Apparently, Hinds will attempt to achieve world domination by repeatedly playing “Born to Be Wild” over global loudspeakers. Oh wait, sorry, different Steppenwolf.

The Verdict: Even with “Thor: Rahnarok” in the marketplace there should still be room for two superoes (or in this case, 14 or so). JL should top out a bit higher than the man with the hammer so figure on $124 million.

“The Star” (Sony)—If I had a nickel for every time someone outside the industry came up to me and said, “ya know, what we really need is a Christmas-As-Seen-Through-the-Eyes-of-a-Donkey movie” I’d be in line for a Trump tax cut. Sony’s animation department goes for a very tricky amalgamation of kid and faith based audiences here but let’s give them credit for attempting such a feat and they’ve brought with them a fairly impressive cast of vocal talents in Tyler Perry, Zack Levi, Oprah Winfrey and Tracy Morgan (who probably doesn’t boast about getting anyone pregnant this time out).

The Verdict: I always worry when a company tries to hit two entirely different audiences. I remember when I was at Sony a producer pitched us a project about a talking parrot who suffered from PTSD. I only wish I was kidding. I was waiting for “Can’t you just see it? It’s Thank You for Your Service meets Disney’s Enchanted Tiki Room!” And oh, did I mention that the producer had Omar Sharif attached?

I digress. Most times studio marketing departments succeed in reaching neither audience and that will be the challenge here for Sony’s advertising team. How much of the Biblical slant do they focus on and on what media outlets vs. whether they sell this as a straight talking animal movie for 8-year-olds. Without a true hook to this story and Pixar’s “Coco” coming mere hours later there might not be enough room at the inn in Bethlehem. $14 million. Maybe.

“Wonder” (LG)-Children overcoming physical challenges is always a very inspirational storyline but invariably they are a tough sell at the boxoffice. In this drama, a boy with facial deformaties tries to fit in at a regular school. The producers didn’t scrimp on the star power at least with Julia Roberts and Owen Wilson attached. Jacob Tremblay plays the boy.

The Verdict: In order for this to work the word-of-mouth has to be exceptional, yet less than a week from release there still isn’t a Rotten Tomatoes score. OK perhaps it was never going to be the critics’ darling and, no, it doesn’t have to be “Justice League” but perhaps some kind of conveyance to a prospective audience that this isn’t “The Age of Innocence” minus all that film’s action and adventure would be nice. $9 million

“Roman J. Israel, Esq” (Sony)–Before going wide next Wednesday, this Denzel Washington legal drama debuts on a limited basis this week. Here’s hoping the current RT score of 57 improves prior to opening day otherwise get ready to insert your own witty “End of the Roman Empire” or “We Find the Defendant Guilty” jokes herein.

“Mudbound”– This story of racism against black soldiers in WWII is getting raves, especially for the supporting performance of Mary J. Blige.

On the EVENT CINEMA front this week, the bible documentary “Genesis: Paradise Lost” launches on Monday. Tuesday brings “Laser Team 2” while on Thursday it’s time to dream of a White Christmas with “Holiday Inn” in the States and the National Theatre brings us “Follies” in the UK and Ireland. Your Fun-Fact-To-Know-And-Tell today is that the song “White Christmas” was actually first heard in the aforementioned “Holiday Inn”, not in the movie “White Christmas”.

If I haven’t sufficiently confused you after all that let’s move on. Saturday’s “Exterminating Angel” is not a Scarlett Johansson action thriller set in Lichtenstein but rather the latest offering from The Met Live and the culture club (again, small c, not capital C) continues on Sunday with the Bolshoi Ballet’s performance of “The Taming of the Shrew”.

“You know, playing strip poker with an exhibitionist somehow takes the challenge away.”-Metropolitan (1990)