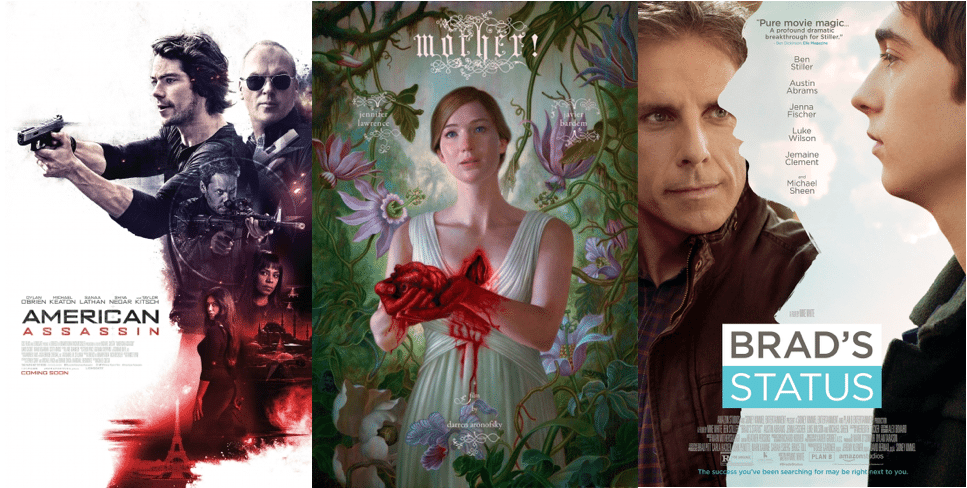 Just when we needed it most, “It” gelled up the cardiac defibrillator paddles, yelled “clear!”, and proceeded to provide a desperately needed 300 joule jolt to the domestic boxoffice system with a monumental USD $117 million opening here in North America.

The list of records that the film adaptation of the Stephen King novel decimated is almost too lengthy to enumerate but they include highest September opening, highest September or October opening, highest horror opening, third highest opening of 2017 (even beating “Wonder Woman” and “Spider-man: Homecoming”), second highest R rated opening ever and highest opening for a film with only two letters in the title. I made that last one up but I dare you to challenge me on it.

Not even the opening weekend of football season or a devastating hurricane in Florida (or as Ann Coulter it, a slight case of the sprinkles) could stall the “It” Blitz as the film benefited from an 88 Rotten Tomatoes score, a Cinemascore of B+, which is almost unheard of for a horror title by the way, and a well documented lack of quality original filmmaking over the past few months.  That all added up to the historical opening and while there’s no denying the film will take a big hit in its second frame, this coming week’s lackluster group of newbies should enable “It” to somewhat limit its drop-off damage in its second weekend.

Overseas audiences also jumped on the Itmobile to the tune of USD $62 million which adds up to a worldwide launch of nearly USD $180 million.  Not too shabby for a $40 million movie, especially with horror loving territories like Mexico still to come.

OPR’s “Home Again” wasn’t quite so lucky as the Reese Witherspoon rom/com mustered a slightly lower than predicted $9 million opening.  Critical reviews were never expected to be stellar but there was hope that the target audience would find this a guilty pleasure.  However, a B Cinemascore won’t help with word-of-mouth and look for the film to be a rather quick burn.

Now let’s see who’s going to knock “It” off its perch this week (ha, almost wrote that with a straight face)…

“American Assassin”  (LG)—I guess someone out there not located at Lionsgate headquarters believes with all their heart that Dylan O’Brien from “The Maze Runner” is worthy of a starring vehicle, but for the life of me I can’t imagine who. O’Brien plays CIA terrorist hunter Mitch Rapp. Thankfully Michael Keaton comes along for the ride and lends some street cred to this seemingly run-of-the-mill thriller and, who knows, maybe moviegoers’ clamor for original content of any form or fashion might get this to the mid double digits.

The Verdict:  Some in the industry are talking about a possible $20 mil opening but with the “It” freight train out there scaring up another USD $50 million this coming weekend and lukewarm tracking I think that number is a bit high.  $15 mil.

“mother!” (Paramount)—Jennifer Lawrence and Javier Bardem’s marriage is tested when a strange couple comes to visit in this domestic thriller from Paramount. Director Darren Aronofsky has helmed some of the best films of the last dozen or so years such as “Black Swan”, “The Wrestler” and “Requiem for a Dream”.

The Verdict: If I told you months ago that a creepy thriller with Jennifer Lawrence, Javier Bardem and directed by Darren Aronofsky would struggle to gross $30 million overall you’d probably look at me quite askew. But there just doesn’t seem to be much traction here, despite a current RT score in the low 80s.  Exhibitor reaction was just fair.  $10 million.

“First They Killed My Father” (Netflix)—Angelina Jolie steps behind the camera again for this heartbreaking story of Cambodian human rights activist Loung Ung’s battle with the Khmer Rouge.

On the EVENT CINEMA front this week we have the “other guy” from Pink Floyd,  “David Gilmour Live in Pompeii” this coming Wednesday in the US & UK and Thursday has the triumvirate of the faith based “The Heart of Man” (US only), “Carmen on the Lake” (UK only) and the anime title, “Lupin the 3rd: The Castle of Cagliostro”.  Fathom also has the Canelo vs. Golovkin fight on Saturday and TCM presents the 35th anniversary (can that possibly be 35 years???) of “E.T.” starting next Sunday.