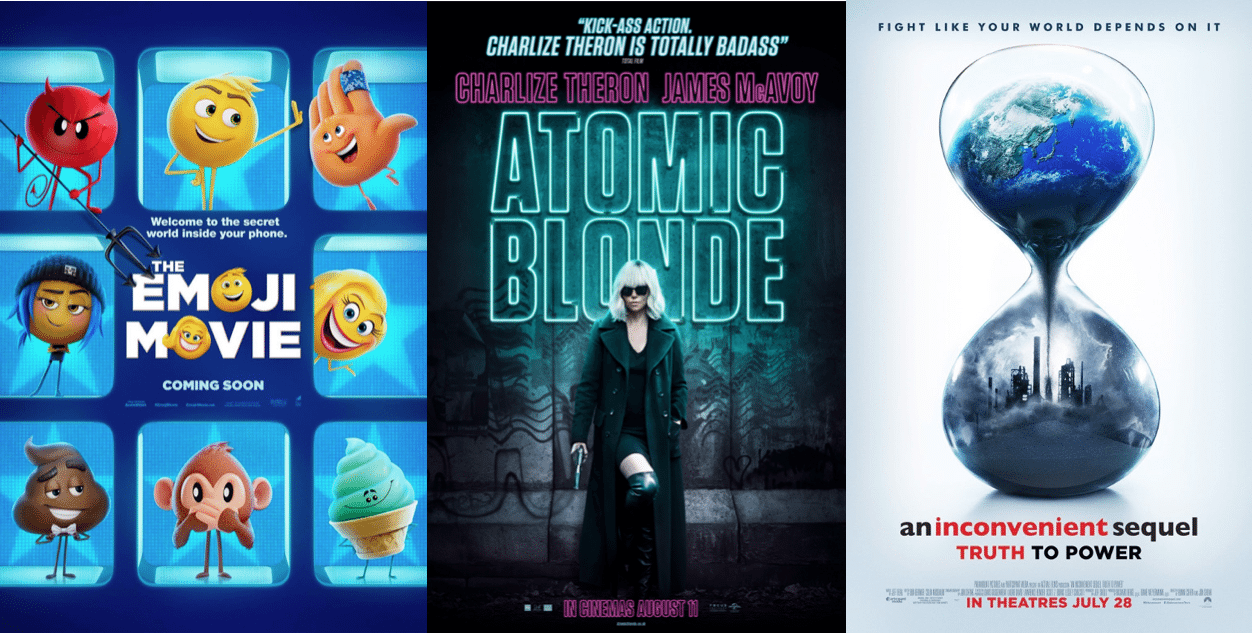 Answering those critics who questioned whether a film in the middle of summer with British accents would appeal to American audiences, we present Christopher Nolan’s “Dunkirk”, which exceeded expectations to the tune of USD $50 million and easily won the weekend. The film reaped the benefits of Nolan’s name, gorgeous 70MM and IMAX presentation, a Rotten Tomatoes number of 92 and a Cinemascore of A-.

A personal story on “Dunkirk”, my wife and I went to the Academy screening of the film last night, got there with 20 minutes to spare, waited in a long line and were finally told at 7:30 that there were no seats left (in an 800 seat auditorium!). The line stretched well around the block and the man behind us said that he’s been a member since 1974 and has never seen a line that long for an Academy screening ever. If there’s even a hint of a worry about how “Dunkirk” will hold up in the coming weeks that should convingly answer that question.

Nolan’s films generally run 3-4X multiple so it’s looking like a ballpark of USD $160-200 million and that’s a nice park in which to play.

Example #2 this weekend that moviegoers prefer quality films rather than sequels, prequels, offshoots, sidebars, and remake retreads, “Girls Trip” also opened higher than industry expectations with a healthy USD $30 million, good enough for 2nd place. The movie scored an A+ Cinemascore and a Rotten Tomatoes figure of 88. The film’s debut reversed the downward trend of R rated comedies this summer after duds like “The House” and “Baywatch”. Director Malcolm D. Lee’s “Best Man Holiday” opened to USD $30 million in 2013 and ended up at $70 million and “Girls Trip” looks like it will fit nicely into that comparison.

The third opener this weekend was STX’s “Valerian” which could only muster USD $17 million and a fifth place finish. A B- Cinemascore and a 55 RT score won’t help long term prospects for the movie here in the States (overseas could be a different story).

Now onto this coming week

“The Emoji Movie”  (Sony)—I keep thinking that the emoji phenomenon (and I can’t believe I just wrote that, by the way) feels so 2013 and couple that with the fact that framing a movie around smiley faces and piles of poop seem a bit, oh I don’t know, juvenile, but good citizens of the multiplex here we are with “The Emoji Movie”. Cue trumpets. I would have given anything to be on the call to Patrick Stewart’s agent where they sell him on being the poop emoji. The man is Shakespearean trained, for heavens sake. That’s somewhat akin to asking Daniel Day Lewis to voice the title role in the “Chia Pet Movie” or Sir Lawrence Olivier doing “Frances the Talking Mule”. In any event, other thespians voicing the title characters include T.J. Miller, James Corden and Steven Wright as “Meh” (OK, now that’s funny).

The Verdict:  These are weekends when you question whether you’ve actually been in this business for 33 years as, for some reason, all signs point to this working.  So let’s say an even USD $30 million and please get your Oscar ballots ready.

“Atomic Blonde” (Universal)—No this is not The Debbie Harry Story but rather a stylish spy thriller featuring Charlize Theron as an MI6 agent sent to Berlin during the Cold War. The film also stars James McAvoy, who had a career renaissance with January’s “Split”, John Goodman and Toby Jones. David Leitch handles directing duties. Leitch’s resume may include serving as a stunt double for both Brad Pitt and Jean-Claude Van Damme (yes really) but he also is the director for next year’s “Deadpool 2” so there’s a there there.  So there.  Anyway…

The Verdict: Early reviews are positive (Rotten Tomatoes score of 81) and “Baby Driver” has shown that audiences this summer still want a quality, straight-ahead action film. Appeal should be equally split between men and women and could also be spread among several age demos as well. USD $26 million, though we wouldn’t be surprised to see it go higher.

“An Inconvenient Sequel” (P)—Former VP and Presidential candidate Al Gore revisits the ominous state of our planet with this follow-up to 2006’s “A Inconvenient Truth”. The director of that film, Davis Guggenheim, didn’t return for the sequel but VP Gore is the selling point again, along with the urgent and timely message the film (hopefully) brings to the masses. Opens NY and LA then expands next week.

“Mubarakan” (Sony)- Sony Pictures redips its toe into the Bollywood pool (Sorry, distrib team, I know you were secretly hoping for “Saawariya 2”) with this comedy/romance about twin brothers living 10,000 miles apart. I’d try to explain the plot but I only have a college degree and have only allotted myself two hours to write this article so here it is from IMDB…

Karan and Charan are identical twin brothers but their personalities are polar opposite. Karan has grown up in London while Charan in Punjab. Karan is street-smart, calculative and flamboyant while Charan is simple, idealistic and honest in his approach. Karan is in love with Sweety while Charan is in a relationship with Nafisa. Karans family fixes Karans wedding with Binkle, daughter of one of the wealthiest families in London. He convinces his family to fix the match with Charan instead. The respective families are happy with this development except Charan because he wants to marry Nafisa

Odds are that innumerable song and dance sequences ensue for no apparent reason.

“Menashe” (A24)—Drama about a Hasidic man fighting for custody of his son.