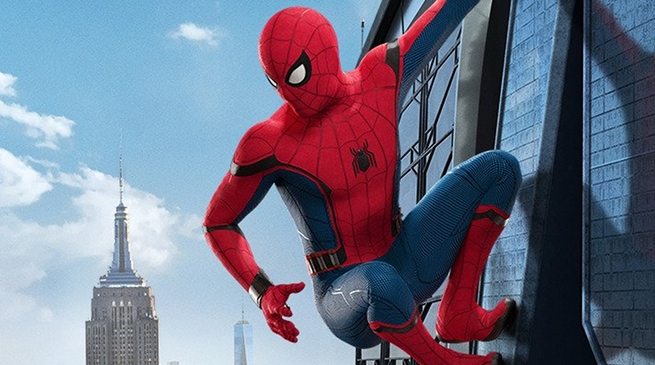 This summer has felt like the ultimate roller coaster ride with huge highs and gorge-like lows. Proving once and for all that size doesn’t matter, the mighty Transformers were a disappointment last week but alas we have the tiny Minions and a low budget car chase thriller to return us up the boxoffice incline.

While not a megahit by any means and less than industry expectations, Illumination’s “Despicable Me 3” proves that the animated franchise is still viable with a tidy USD $75 million opening, buoyed by an A- Cinemascore and a respectable 63 Rotten Tomatoes figure. The opening placed it in the middle of the other two DM openings (but well below 2015’s “The Minions” debut of USD $115 million), thereby proving that sequels aren’t exactly dead but, and please remain calm at the following suggestion, they need a viable reason to be made. Not just as a money grab.

The best news on the boxoffice front this weekend was Sony’s “Baby Driver”, which rode a nifty 97 RT score to an impressive USD $30 million five day ($21 million three day) opening. Cinemascores were strong at A- and Sony did an excellent job of getting that fickle 18-30 year old audience into the theatre, once again proving that if you give moviegoers something fresh and different they will come.

It’s not enough to simply make midrange budgeted movies, they have to be of quality and have to provide a pressing impetus to get movie fans off the couch. Hats off to the marketing team in Culver City for doing just that and also kudos to Sony’s distribution force for securing 3,226 locations for a non-proven title starring Ansel Elgort smack in the middle of the noise of summer.

Oh and then there’s “The House”. More so than any year I can remember, the R rated comedic universe has been dotted with landmines this summer and Hollywood seems to have stepped on them all. There’s a raging debate as to whether that’s due to the aforementioned R rating or that the quality has been especially poor. A 16 RT score and a B- Cinemascore (bad news for a comedy, especially) vouches for the latter. That rattling you hear is Universal’s knees knocking, waiting for their 7/21 opening of “Girls Trip”. The Will Ferrell, Amy Poehler comedy opened to a career low (for both) USD $9 million and probably the less said about that the better.

On the limited front “Okja” is in very limited theatrical release along with streaming on Netflix and one of the most original movies to come out in 2017. The Korean film resonated with movie lovers both in theaters and at home. The rare summer film that’s actually about something, the film touches on a smorgasbord of topics including animal cruelty, big business and our celebrity driven culture, but above it all it’s basically an old fashioned Girl and Her Gargantuan Mutated Pig movie. And who doesn’t love those films. It also features two of the most wonderfully over-the-top performances of the year from Tilda Swinton and Jake Gyllenhaal. They truly have to be seen to be believed.

I did see one negative review from Brian Lowry of CNN that basically said that Netflix has a lot to learn about the movie business. Although I understand his point that the company often maintains a rather simplistic, “But we’re Netflix!” approach to the movie business, in the case of “Okja” I would wholeheartedly disagree with Mr. Lowry. In this summer of explosions and rampant inanity, the film should be your answer to July 4th BBQ grumblings from your neighbor that Hollywood is only making rubbish these days. Love it or be horrified by it, you will certainly have an eventful 121 minutes. To say the film is an experience is an understatement and is that rare movie that, wait for it, actually makes you think, and will stay with you long after the latest unwarranted Hollywood sequel has vacated your mind.

Hey, look up in the sky! What’s that flying around the buildings of New York?

“Spider-man Homecoming” (Sony)—Here he comes to save the dayyyyy! No, not Mighty Mouse, but rather it’s the return of Peter Parker in the new (and improved) form of Tom Holland, best known until this point for his role in “Wolf Hall”. But what sets this Spidey apart from the last batch is its inclusion into the Marvel family as Robert Downey Jr makes an appearance and the supporting cast is strong as well with Marisa Tomei, Jon Favreau and Oscar nominee Michael Keaton as The Vulture. Now that’s better. The choice of director Jon Watts is curious, to say the least. Watts’ previous film was the little seen “Cop Car” with Kevin Bacon, which grossed all of USD $134,000 in 2015 and that was his only full length feature directorial effort until now.

The Verdict: The prospect of a Spider-man movie crossing the USD $100 million threshold after 2014’s “The Amazing Spider-man 2” seemed ludicrous not that long ago but it’s, pardon the pun, amazing to see what happens when The Webbed One toe-dips into the Marvel universe. Featuring a franchise high Rotten Tomatoes score of 92, Sony and Marvel are hitting all the right notes this time out and the movie’s social media campaign is crazy good (check out this week’s Entertainment Weekly as an example). Industry projections are all over the board based on how much of the Marvel Kool-Aid you’ve been consuming but this certainly will be the first USD $100 million-plus opening for the franchise since “Spider-man 3” in 2007. Finally, a full-fledged hit for Sony that has won over critics and fans alike and, more importantly for the bottom line, the rebirth of their most valuable franchise. USD $127 million. Now that’s what Willis was talkin’ about.

A24 releases the Casey Affleck, Rooney Mara drama, “A Ghost Story”. It figures to gross slightly less than Casey’s last film. In addition, IFC has the documentary “City of Ghosts” about a band of brave resistance fighters battling Isis in the northern Syrian city of Ar Raqqah.