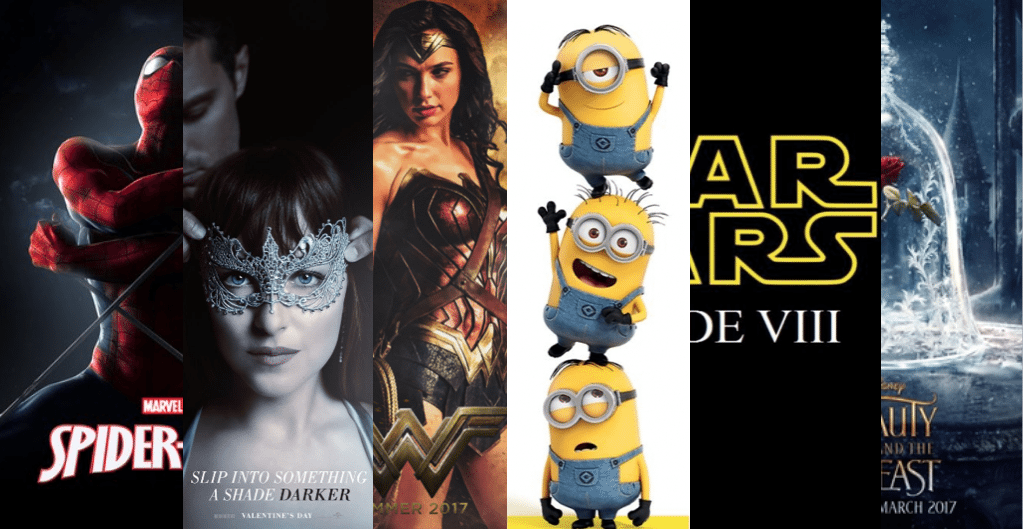 As those of us in the movie industry are painfully aware, the number of films that have surpassed USD $100 million in domestic box office has been declining in recent years.  In 2013 36 titles cracked the USD $100 million barrier.  In 2014 that number slipped a bit to 33 and in 2015 it fell further to 29.  That trend continued in 2016, despite record breaking success for some studios, as only 26 titles hit the century mark.  Also of note was the fact that more than 1/3 of those titles (9) grossed $300 million or more in 2016.

Peering into our 2017 box office crystal ball (which admittedly is as inexact a science as predicting lottery numbers or Kardashian husbands) our guess is that the number of USD $100 million titles stabilizes at right around 2016’s level of 26.  What is interesting, for better or worse, is 21 of those 26 titles figure to land in the  $100-300 million slot as opposed to 9 last year.  Only “Star Wars: Episode 8”, “Justice League”, “Despicable Me 3”, “Guardians of the Galaxy 2” and “The Fate of the Furious” look like certain locks to break USD $300 million

For sure there are other titles which could join that club; films like “Beauty and the Beast”, “Transformers: The Last Knight” and possibly even “Wonder Woman”.  But sadly that appears to be the entire list.  And while we should be glad that we’re looking at the same number of USD $100 million films overall, the lion’s share of them look to land between USD $100-$200 million.

Mapping it out looks something like this, in no particular order.  (I have placed an asterisk next to titles that are the best bets to move up to the next level):

That leaves it up to a group of a half dozen or so titles that would need to gross at least USD $100 million to propel the industry to 2016 levels.  That won’t be easy.  Beyond films like Snatched, Life, Red Sparrow, Jumanji and a few others it’s difficult to predict where the number of USD $100-$200 million films would come from to offset the number of USD $200 million+ movies from 2016.  If we can’t find a few diamonds in the rough in the coming twelve months we could be referring to 2016 as ‘The Good Old Days’.