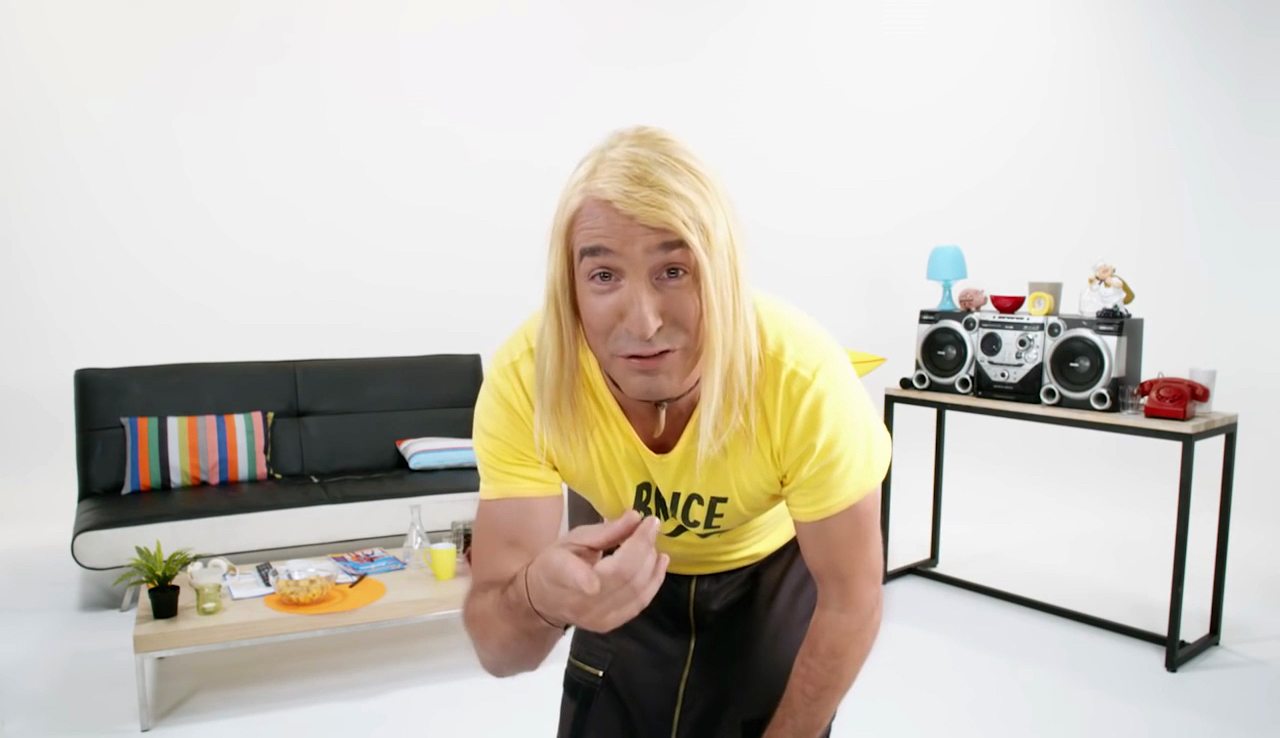 The headline of this post was written to attract the attention not only of our readers, but also those who might stumble across it through a search engine while seeking out a pirated version of the recent French release, “Brice 3”. That is exactly what the film’s Academy Award winning star and co-writer Jean Dujardin and director James Huth had in mind when, just days before it opened in cinemas throughout France, they uploaded a video onto YouTube with the title “BRICE DE NICE 3 – FILM COMPLET VF – AVEC JEAN DUJARDIN (2016)”.

“Brice 3” is a sequel to the hit 2005 comedy “Brice de Nice” in which Dujardin plays the title a character, a dim-witted surfer in his mid-thirties hoping to catch the perfect wave. There’s only one problem; Brice lives in Nice, France along the Mediterranean Sea, where surfable waves are a rare occurrence. Needless to say, hijinks ensue in Brice’s quest to hang ten. The USD $5 million film went on to gross USD $33 million, almost entirely in France where it sold over 4.4 million tickets.

According to the poster for “Brice 3” we shouldn’t go in search of a “Brice 2” because Brice himself managed to break it (or kill it) with one of his humorous, mean-spirited put-downs. Still, the movie opened this past weekend, 11 years after the original, to over one million admissions and a respectable USD USD $6 million box office.

That’s pretty remarkable since Dujardin and Huth purposely leaked “Brice 3” online before it ever hit theatres… sort of. You see, while the version of “Brice 3” that was uploaded to YouTube six days before it debuted is indeed 1 hour and 19 minutes long, anyone hoping to see the entire film will be disappointed after the first three-and-a-half.

That’s around the point in which Dujardin, as Brice, shows up on a soundstage, staring directly at the viewer and says, “Oh no! Did you think you were going to see the whole movie?!” Brice quickly insults the cheapskate viewer by adding his trademark “Oh la casse!”.

The remainder of the video is spent with Brice sitting on a couch, sending text messages, watching television, sleeping, breaking furniture and generally mocking the viewer. “Don’t keep watching, you’ll be disappointed,” Brice warns at one point, then later turns to the viewer and says, “It’s you who make me laugh, you’re still here!” At one point even Huth, the director, shows up. At the video’s conclusion, the end credits for “Brice 3” scroll up the screen.

It’s unclear whether this was a stunt perpetrated by Dujardin and Huth or if the film’s distributor, Gaumont, is responsible. It doesn’t much matter though because three days after it hit YouTube the video had racked up more than 700,000 views. Its success for marketing purposes, if not a deterrent to piracy, is the attention of detail that went into the first three minutes. The distributor logo appears before the film starts, timecode runs in the upper lefthand corner and “Propriety De Gaumont” is burned into the bottom of the image to make it seem as if maybe the video was stolen from a post-production facility. Illegal downloaders who quickly skip to the end to see if the version contains the entire film will see the end credits and assume it does. Even the title of the video is formatted the way a pirated version of the film would be labeled on a bittorent site. All of this works to keep the viewer engaged until the joke is ultimately revealed.

However anyone observant enough to notice the video had been uploaded by a “B Agostini” may have caught on that the joke would soon be on them. After all, Agostini is Brice’s surname.