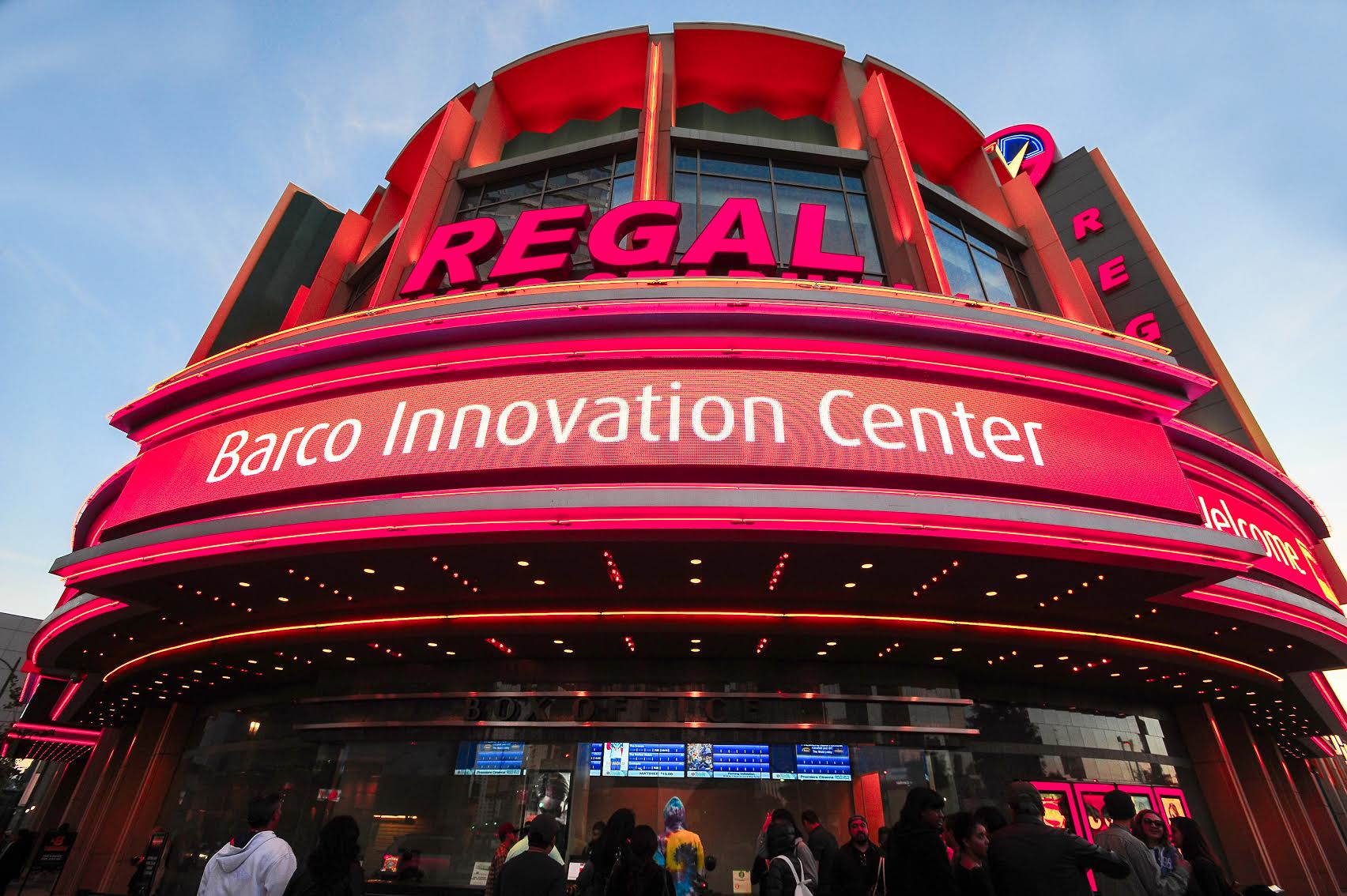 At the turn of the century the potential of digital cinema was still being discovered. But the history of digital conversions had progressed through different sectors of entertainment technologies starting 25 years before beginning with professional audio recording, then other post production tools and broadcast. Finally, several promising d-cinema demonstrations had been held in the late 90’s, and by Spring of 2002 a balance of requirements began their harmonization in ernest.

Three years after DCI was formed with a million dollars from 6 studios, and combined with the continuing input of the technology groups of the American Society of Cinematographers, NATO, the Academy of Motion Picture Arts and Sciences, …and most relevant for this story, the Entertainment Technology Center of USC which set up a theater in Hollywood for the testing of the ideas that became the DCI specifications in July of 2005.

Ten years later the hard physical and financial slog of the transition was announced at CinemaCon as being basically completed. A year later, several major ideas are still in transition, just as obvious now as the move to digital was back then: SMPTE-Compliant DCP distribution and satellite distribution are still in their trial stage, Immersive Sound, introduced as a proprietary format by Dolby is being led down a variation of the ‘open’ path of most D-Cinema technologies, and projectors with laser light engines – two years after the public demonstrations declaring them working, stable and ready for purchase – are numerically fewer than digital projectors were the year that Star Wars Attack of the Clones was released in May of 2002.

It is under this condition that events are unfolding in a slightly different but with a strong echo of the past. Unless you have been a manufacturer you might not be able to appreciate the ability to have a facility to refine your basically working – so to speak, productized – ideas. Imax opened their new facility with two auditoriums and digital projectors last year, and Dolby Labs have recently begun showing equipment and movie events at their new Vine Street technology showcase in Hollywood.

But the real great feeling as a manufacturer is when a client allows the use of their facility to assist with the innovation of ideas and products. This is the importance of the opening this week, just before CinemaCon 2016, of The Barco Innovation Center at AEG Regal LA Live Cinema. The branding is not only at the front door. Barco Red and White Innovation Center messaging overlooks freeway drivers as they pass near the 10 and 110 interchange.

With an impressive array of executives from both the hosting site and each of the show-cased Barco technology divisions, this facility was re-branded and re-launched.

AEG’s Regal LA Live Cinema is part of an extensive multi-venue entertainment complex located in the center of a still forming ‘new’ downtown Los Angeles. To give some perspective, it is 8 miles from downtown Hollywood. It has several adjacent buildings which feature events ranging from red carpet movie premiers, to concerts and sporting events.

Being in this special multi-block AEG owned and operated area, the cinema is also special in that it is the only Regal Cinema directly owned and managed by the parent company AEG. AEG itself has many varied entertainment groups both in and outside of the movie industry, examples being the AXS Event Ticketing Service and AEG Live, which promotes the shows that are normally present at The Colosseum at Caesars Palace, among a thousand others, and of course, the 7,334 screens of Regal Entertainment’s theater chains.

And thus it was that four different AEG and Regal executives spoke of the process and promise of having such a technology center in the midst of their customers, all on the basic message of the potential of using technologies as they mature, with personal anecdotes from their own perspectives. For example, Mr. Robert del Moro, Chief Purchasing Officer for Regal spoke to the ability of monitoring the actual value of savings in air conditioning, electricity and other benefits that a complete facility of laser-engine projectors will bring to their decision processes.

Wim Buyens, from his position as Senior Vice President of Entertainment, Barco, spoke of the company’s mantra of “Creating Moments and Compelling Experiences” for the audiences that they serve, and being appreciative of having a partner which allows the investment of their space and time. In a later conversation he made a tangential point in a similar fashion, stating that it wasn’t up to them as a manufacturer to set standards for the industry but to meet the standards and goals that are set by the studios and their customers and their customers.

The presentations included the Barco Lobby Experience, which coordinates all of the lobby and aisle displays on a timed plan so they can deliver a single message throughout the facility. As with the other two deliverables, this system was first presented as a working concept at CinemaCon 2014. The Experience begins with a recognizable tone to grab people’s attention, then tones and a hip countdown clock are followed by a special videos/audio mix of studio supplied assets. The software sets the volume level so it is above the ambient noise in the different areas.

The intention is to grab and present the lobby audience with an intense exposure to future presentations. Future software add-ons will add social media tools that facilitate ticket purchasing and other add-ons. Further along, they will integrate the software from a newly purchased group which will even allow some monitor displays to deliver age or gender specific material, depending on who is standing in front of that section. [Remind us to do an ROI article in a few months when all these potential items are incorporated.]

In what seemed like a CinemaCon pre-show practice run, a low-key presentation of the Barco Flagship Laser projector was used to demonstrate a full range of 2D and 3D material at the full SMPTE spec of 48 candela/meter2. A special piece of demo material for one of ARRI’s new Alexa cameras was used to show the artful blend of increasing brightness without washing out contrast. Unlike many demonstrations, this material was slow enough to stare into the dark and the light areas, and appreciate what is being attempted. One imagines that this would be a great opportunity to try alternatives to silver screens with the Barco Flagship Projector, perhaps using a quality RealD Precision White Screen to see if eliminating the vignetting brought by the 1.8 gain silver screen would add to the pleasure of the gorgeous material being sent from such a high quality 4K delivery (60,000 lumen~!) system.

Todd Hoddick, Chief Executive Officer of Barco Escape, showed the latest iteration of the Barco Escape system. Todd is enthusiastic about breaking the preconceived notion that we have to live within the original confines of a glorified sheet on the wall. The thrust of his remarks have to do with the efforts to get Hollywood content, for which he announces 4 movies in the next year, doubling again soon thereafter. There will be a similar coordinated effort with a partner in China. He also plans on nearly 2,000 installs in the coming years (over 1,000 in the US and EU, and 1,000 in China.)

The system itself has continued evolving since the first exposure at CinemaCon 2014. Perhaps the most relevant info is that it is now a fully DCI compliant system. We take this to mean that the 2 side-facing projectors are chosen from Barco’s arsenal of DCI compliant projectors and a clever bit of security software keeping sync. In addition to quoting a price per auditorium of $100,000 ($15,000 higher than quoted at CineEurope…is this a euro to dollar confusion?) plus a $10,000 fixed price per movie (or other entertainment package) which, he said, by putting the onus on Barco to supply material to cinema customers shows their dedication to the idea. Several anecdotes were told of box office success along with several concert and film clips, most seen before, although a clever commercial was shown.

Two Auro Immersive Audio system accompany the two Flagship Laser Projector System, and AuroMax systems are promised before the end of the year.

Thus finishes what can be considered a nice soft launch into the coming rigorous weeks of CinemaCon, the SMPTE Future of Cinema Conference and NAB. The equipment, while all cool and advancing the arts, was not the story. The story was a level higher than that, the relationship and the potential of the palette at the exhibition end of the artist’s intent.