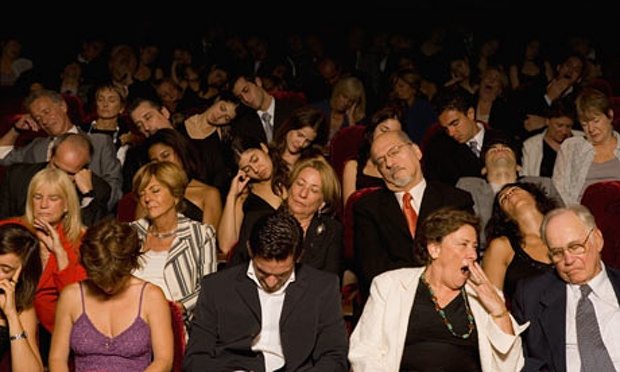 This article is re-published from StephenFollows.com – the Film Data and Education blog extraordinaire – by kind permission of the site’s editor and article author Stephen Follows. You can find the original piece here. We warmly recommend that you check out his other writing, always data heavy and eminently readable.

Either I’m getting older or movies are getting longer… and longer … and longer.   So which is it?  I took a look at the numbers. 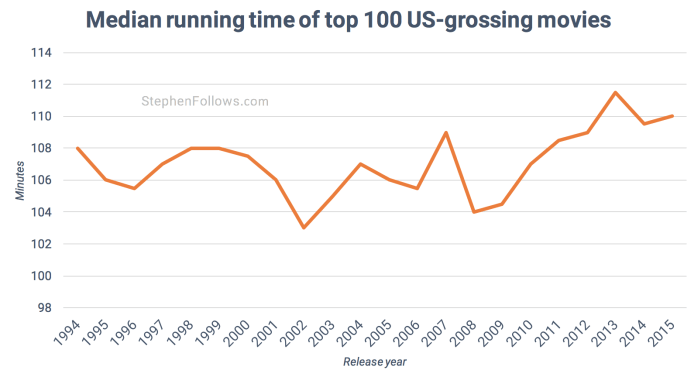 Half of all Hollywood movies are between 96 and 120 minutes long, with the most popular running time being 101 minutes. 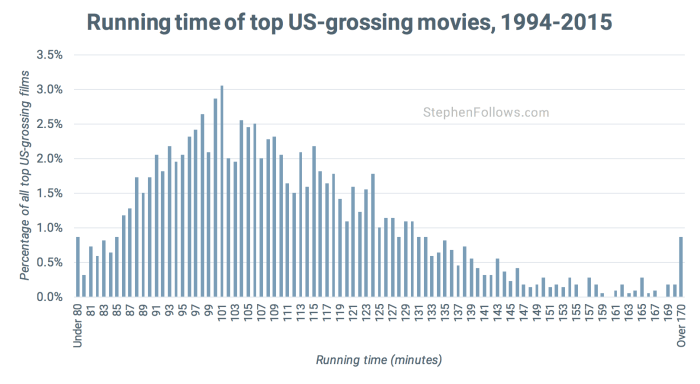 The longest films are historical and western films and the shortest are animations and documentaries. 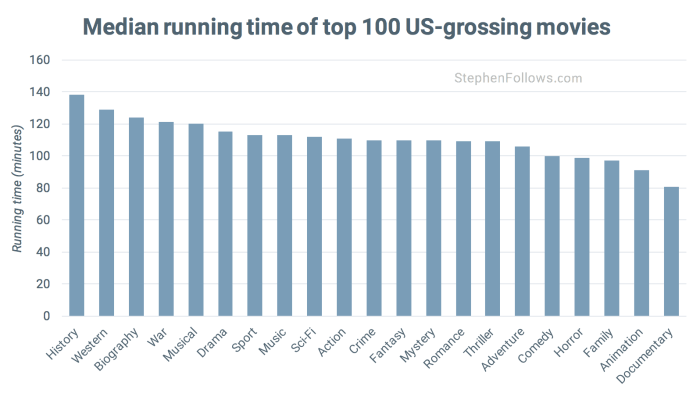 Which directors are making the longest films?

If you’ve been in a cinema over the past decade then you won’t be surprised to hear that Peter Jackson makes the longest movies in Hollywood, with a median running time of 169 minutes (i.e. two hours and 49 minutes).

I looked at the films of all 116 directors who had at least five movies on my list of 2,200 top US-grossing films (1994-2015). The table below shows the 30 directors who make Hollywood’s longest movies.

They should count themselves lucky – he originally wrote it as a four hour epic.

I also looked at all films shot in the UK between 2008-14, inclusive.  The median running time was 94 minutes. 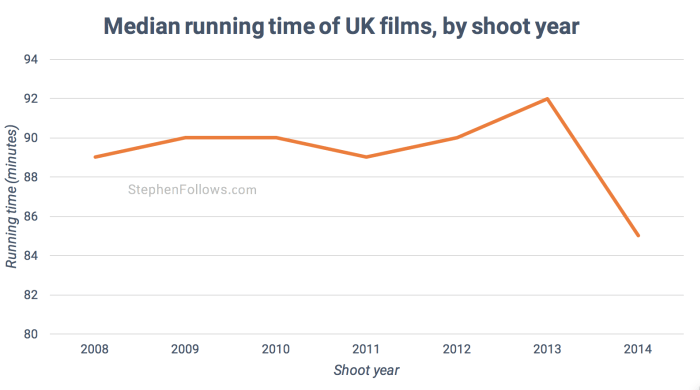 At first glance, it may look as though UK films are significantly shorter than Hollywood films but this is a consequence of the differing criterias for the two datasets, rather than there being a cultural difference between the movies that Britain and America produce.  The two datasets are measuring slightly different things; i.e. all films made in the UK versus only the best-performing films in America. This means there is a much higher percentage of low and micro budget films on the UK list.  So that raises the question – does the budget of a film affect the running time?

According to the UK data, yes.  As budgets rise, the running time also rises. 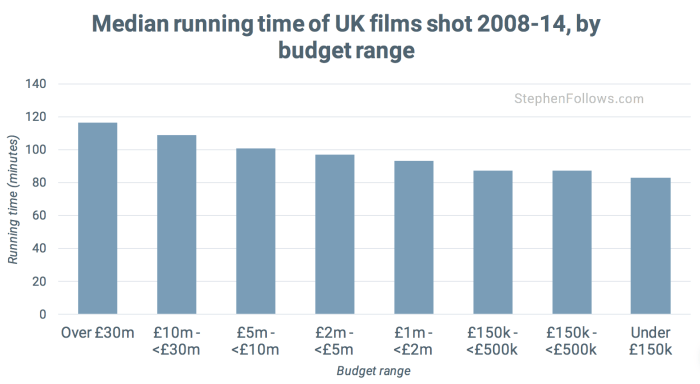 To spot-check the idea that UK films are not massively shorter than equivalent US films, I compared the data for UK films over £10 million (2008-14) and the top 100 US-grossing films over the same period. The resulting median running times are not too dissimilar, at 112.8 minutes for UK films and 107.7 minutes for US films.

Notes on movies getting longer

A few notes to go alongside today’s research…

So it turns out that movies are getting slightly longer, but also that my patience with long movies is getting much shorter.  I enjoyed the Lord of The Rings trilogy but just couldn’t face The Hobbit trilogy.  Together, the extended versions add up to…

The original article by Stephen Follows was published 18 January ad can be found here. 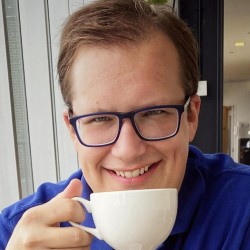