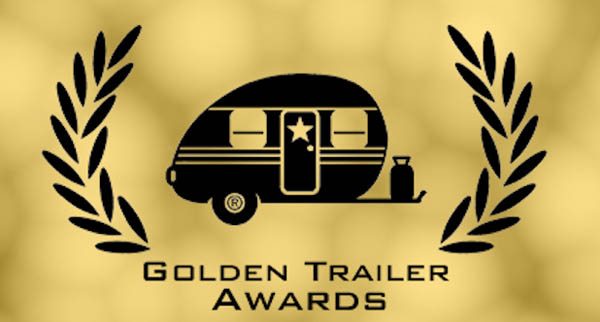 Universal Pictures recent release “Furious 7”, the seventh film in the “Fast & Furious” franchise, has not only been cleaning up at the box office, speeding to a worldwide earnings of USD $1.5 billion and becoming the third highest grossing film of all time, but this past week the movie continued its successful run by taking home some of the top prizes at the 16th Annual Golden Trailer Awards.

The Golden Trailer Awards honor the year’s best film previews, television spots, movie posters and other marketing material (like lobby standees). Celluloid Junkie has covered past GTA ceremonies and were in attendance on Wednesday night at the Saban Theatre in Beverly Hills to see “Furious 7” win Best Action Trailer and the event’s top prize, Best In Show. During the two hour ceremony awards were handed out in a total of 20 different categories, with at least 49 more awards bestowed off-stage in categories such as Best Viral Video Campaign and Trashiest Poster.

Though “Furious 7” won the equivalent of Best Picture during this year’s GTAs, “American Sniper” and “The Hunger Games: Mockingjay Part 1” went home tied for having colleced the most awards of the evening; five trophies each in a range of categories. The big studio winner was Universal Pictures (including Focus Features) with a haul of 15 Golden Trailer Awards. Warner Bros. (which includes HBO) wasn’t far behind with their 11 trophies, while Disney and Lionsgate tied for third with nine each.

Of course, the real stars of the night were the creative companies and their respective teams whose work was being recognized. One of the best parts of each year’s ceremony is hearing representatives from companies with names like AV Squad, Buddha Jones, mOcean and Trailer Park loudly cheer on their co-workers whenever their names are announced during nominee clip packages.

On a personal note, “What We Do In The Shadows” was given the Trashiest Trailer award which was produced by Jump Cut, a trailer company founded by a longtime friend, Stephen Garrett.

Meanwhile, host T.J. Miller, a comedian best known for starring in HBO’s “Silicon Valley” kept the festivities light and moving along as quickly as anyone could when handing out so many trophies. Miller was especially pleased to see the team from Trailer Park win Best Animation for “Big Hero 6”, a film in which he lent his voice for one of the main characters. Joining Miller onstage as presenters were actors Neal McDonough, who most recently appeared in “Paul Blart: Mall Cop 2”, Breckin Meyer from the television show “Franklin & Bash”, Chuck Liddell who starred in “Kick-Ass 2” and Ian Gomez, a supporting player in the sit-com “Couger Town”. Actress Missi Pyle, fresh from her role as the shrewish cable news personality Ellen Abbott in “Gone Girl”, was as wacky as ever during her turn as presenter.

The judges for the 2015 Golden Trailer Awards included David Benioff, the co-creator of “Game of Thrones”, filmmaker Colin Trevorrow whose “Jurassic World” will hit theatres shortly, actor/producer Tony Goldwyn who has a hit television show in “Scandal”, Academy Award-winning production designer Anna Pinnock, who most recently worked on “The Grand Budapst Hotel” and the filmmakers behind “American Splendor” Shari Springer Berman and Robert Pulcini, among many others.

As in years past, this year’s edition of the Golden Trailer Awards was overseen by its founders Evelyn Brady-Watters and Monica Brady.

Here is a complete list of the 16th Annual Golden Trailer Awards:

Trashiest Trailer
What We Do In The Shadows, Unison Films, Jump Cut