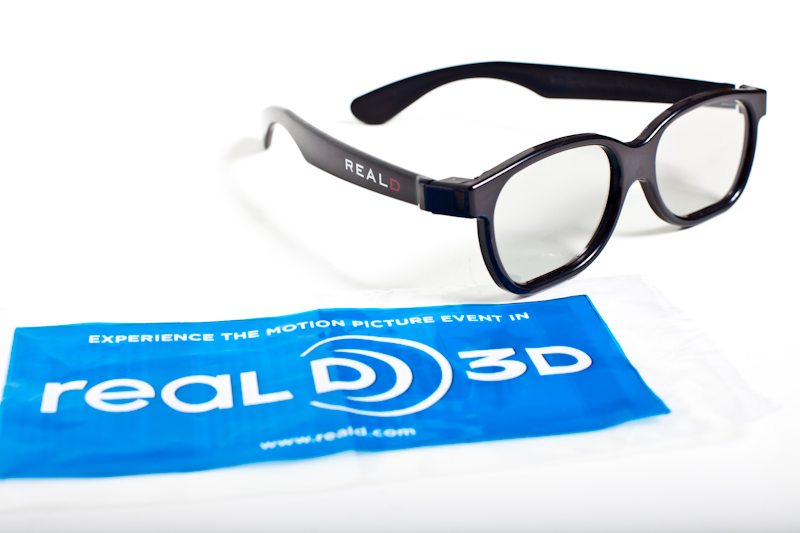 Some industry professionals will look back at September 27, 2011 as the day motion picture studios took their first step on what may be a long road to end the practice of subsidizing 3D glasses for their movies. Others will remember it as the day the inevitable finally happened.

For those who still aren’t aware of the events of the past week, I’d like to be the first to officially welcome you to the planet earth and invite you to join us as we read between-the-lines of this latest industry scuffle. On Tuesday of this week The Hollywood Reporter broke the news that Sony Pictures Entertainment had sent a letter to North American theatre owners stating as of May 1, 2012 they would no longer pay for 3D glasses. What makes this major industry news is that Twentieth Century Fox tried a similar move back in 2009 with the release of “Ice Age: Dawn of the Dinosaurs” but retreated when exhibitors revolted en masse. They now fear Sony might succeed this time around causing other studios to follow suit. Talking to the Reporter, Sony’s president of worldwide distribution. Rory Bruer said:

“This is an issue that has to be resolved between us and our exhibition partners. We are trying to give them a very lengthy lead time in regards to the change in policy.”

As one might expect, it didn’t take long for the National Association of Theatre Owners, the trade organization which represents exhibitors, to respond to Sony’s move. Their press release dated September 28, 2011 stated:

NATO believes Sony’s suggestion is insensitive to our patrons, particularly in the midst of continuing economic distress. Sony’s actions raise serious concerns for our members who believe that provision of 3D glasses to patrons is well established as part of the 3D experience… we are concerned that Sony’s attempt to change this business model would unilaterally upend long-standing industry practices… Sony would be well advised to revisit its decision.

There were some grumblings from theatre owners and the media that NATO’s statement had no bite, though making sweeping threats is not necessarily their responsibility. This is not true of the organization’s members, like Amy Miles, chief executive officer of Regal Entertainment, who said if Sony stuck with their announced plan to stop paying for 3D glasses, then her circuit might show 2D version’s of Sony’s films in the future.

“There are constructive ways to deal with the cost of 3D glasses that will not adversely impact consumers, and can also help the environment… We invite theater owners to engage in a collegial dialogue with us about this issue….”

Realistically however, adversely impacting customers through higher ticket prices may be unavoidable. More than a few news stories on the subject highlighted the cost studios bear to pay for 3D glasses; roughly between USD $5 million and USD $10 million for tentpole releases, with smaller films costing as much as USD $2 million. It works out to an average of USD $0.50 a pair. There are 35 3D releases scheduled for next year and if all studios were to stop paying for glasses that would raise operating costs for exhibitors by USD $150 million to USD $300 million.

Studios are tired of having their own costs inflated by 3D glasses and are thus passing the bill along to their customers – theatre owners. It would seem natural that exhibitors would do the same thing and raise ticket prices to cover the new expense. The problem, of course, is that exhibitors already charge more for 3D films than their 2D counterparts and patrons have begun to gripe openly about the practice. Raising ticket prices even higher would definitely antagonize moviegoers.

Elzer’s point about the environment is Sony’s thought that customers could purchase their own pair of designer 3D glasses to bring to the theater with them. This may be a boon designer 3D eye ware companies such as Look3D and may even provide exhibitors with an additional product to sell, but as Los Angeles Times entertainment columnist Patrick Goldstein wrote on Wednesday:

“There are still too many different 3-D systems, each requiring a different pair of glasses. In the future, there could be one industry standard, but I’m skeptical that most moviegoers — who only see a handful of 3-D movies each year — will want to keep a separate pair of glasses lying around the house, just for use at the movie theater.”

An opinion rarely attributed to any specific industry representative in the media’s stories about the news is that studios are tired of footing the bill for digital cinema. This excerpt from a Los Angeles Times article is a typical example:

Another reason left unsaid by Sony but cited privately by several Hollywood executives is that studios have already spent tens of millions of dollars to subsidize the installation of 3-D projection equipment in theaters.

I can understand why the public, the media and even some distribution executives might think the studios are footing the bill for 3D technology in movie theatres, though that is not entirely true. As NATO’s press release pointed out:

Since the onset of the digital 3D revolution in 2005 it has been understood that exhibitors would bear the weight of technological and facility modification costs related to 3D, while distribution took on the cost of 3D glasses.

More precisely, virtual print fees, which are paid by studios to theatre owners to subsidize the cost of digital cinema equipment, only cover the cost of a projector and a server (player). The cost of 3D technology, such as those licensed and sold by Dolby, RealD and MasterImage, are specifically not included in such payments. Studio executives’ public complaints about paying VPFs often manage to leave out one of the reasons they pushed for digital cinema in the first place; it lowered the cost of distribution, a savings which does not benefit and comes at the expense of the theatre owner who must pay for the digital equipment.

This doesn’t mean however that business models and practices can not be changed over time. After all, North American exhibitors have been enjoying subsidized 3D glasses while theatre owners in the rest of the world pay full freight. In Europe, 3D glasses are sold to patrons as a separate item at concession stands. In China they are loaned out for a refundable deposit. It hasn’t exactly been a state secret that studios have been itching to end their financial support of 3D glasses. Just ask Elzer:

“NATO’s statement that it has been ‘understood’ that distributors would always bear the cost of 3D glasses is incorrect, because there never has been any such agreement. In fact, we have been speaking with people in the industry for a long time about the need to move to a new model, so this certainly comes as a surprise to no one in the business.”

Sony’s May 2011 end-date for 3D glasses subsidization will come just before two of the their biggest 3D tentpole releases; “The Amazing Spider-Man” and “Men In Black III”. The studio no doubt felt these releases gave them some leverage with exhibitors. Time will tell whether their predictions were correct. Lazard Capital Markets analyst Barton Crockett is doubtful since all the exhibitors are united in opposition and none of the other studios are publicly backing Sony’s move. Distributor’s silence may have more to do with an aversion to anti-trust lawsuits than a lack of support for Sony.

Make no mistake, should Sony prevail and no longer have to pay for 3D glasses, that other studios will follow their lead is a foregone conclusion. Proof positive is that Twentieth Century Fox domestic distribution president Bruce Snyder told the Los Angeles Times he was “revisiting” the issue of paying for the glasses. In the same article Warner Bros. domestic distribution president Dan Fellman said:

“Right now, I’m comfortable with where we are. If the marketplace were to change, obviously we would turn on a dime.”

While stakes are high for both exhibitors and distributors in this dispute, a collateral casualty has been 3D technology companies. Apparently when both sides of an industry argue over who has more of a right not to pay you, it’s not good for your stock price. The day after Sony’s decision was made public RealD’s stock price shed 15% dropping from USD $12.22 to USD $10.42. By the end of the week the company’s stock was down a total of 18.7% to USD $9.35. Since May of this year RealD’s stock has slid a total of 71.6% from a high of USD $35.60.

Joining RealD in the stock slide was Imax, which was off 6% to close at USD $15.19. In an attempt to gain control of the PR storm that was suppressing their valuation, Imax released a statement explaining the Sony news wouldn’t affect their bottom line:

“Imax’s exhibition partners are not dependent on the studios to subsidize Imax 3D glasses. Each Imax system comes with Imax 3D glasses and a glasses cleaning machine. If the exhibitor needs additional glasses, they are either purchased from Imax or a third party vendor who has met our specifications and quality standards.”

There have been suggestions that if theatre owners have to pay for glasses they could negotiate better film rental terms on 3D titles, e.g. instead of paying 50% of the box office take, they would pay 45%. If that kind of solution worked, it could have been used to finance digital cinema in the first place, in lieu of VPFs. Studios don’t want exhibitors getting used to paying lower film rental and will cling to as high a percentage as they can. As well, taking a smaller percentage of ticket sales means a lower net gross, a figure that affects profit participation for many creatives such as directors and actors. At a time when more and more studios are asking big name talent to take their paycheck on the backend of big budget movies, doing anything to lower the net gross would be construed as sacrilegious.

Since every stock analyst, industry pundit and member of the media has weighed in with their thoughts on solving the dispute, I figured why not add yet another unsolicited opinion. If theatre owners wind up footing the bill for 3D specs, then why not let them keep the entire “up charge” without having to split it with distributors. The premium price of a 3D movie ticket was supposed to pay for the technology needed to show such films. One could assume that includes 3D glasses. This way, the studios would cease paying for the glasses, exhibitors could negate the cost through their current premium charge for 3D titles and it would all be transparent to patrons who would not see yet another price increase.

We’d love the hear your thoughts on who should pay for 3D glasses in the comments below.