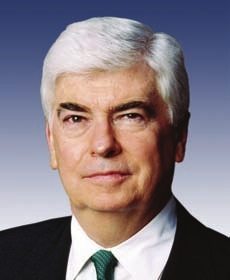 All the rumors being reported by the mainstream press as a foregone conclusion were actually correct. This week the Motion Picture Association of America announced that Christopher Dodd, the former U.S. Senator from Connecticut, would become their chairman and chief executive beginning March 17th.

The position, often viewed as Hollywood’s top lobbyist, had been vacant for a year. MPAA president, Bob Pisano, filled in during that time and did what many consider to be a stellar job; he made sure Congress banned two movie futures trading exchanges and gained the Federal Communication’s approval for Selective Output Control (SOC) technology which is meant to prevent home entertainment devices from pirating video-on-demand content. Pisano will help Dodd make the transition into his new role with the MPAA.

Some news reports pointed out that Dodd, who is 66, comes to the job with no entertainment industry experience. But Jack Valenti, who led the MPAA for 38 years, came to the job with the same deficit in 1966. Though Dodd has a few industry connections with the likes of Robert Redford and Warren Beatty, from whom he sought advice before taking the position, it is his political background the MPAA found so appealing.

As a senator with five-terms under his belt, Dodd has a bit of experience negotiating complicated deals and drafting legislation like the Family and Medical Leave Act. During his 30 year run in the Senate he’s made a few influential friends in Washington. As an added bonus, Dodd has a reputation of being an intelligent and amiable person, traits which helped him during an unsuccessful campaign for President in 2008.

After spending six years under the leadership of the capable unknown Dan Glickman, Dodd brings the kind of star power and name recognition the MPAA needs right now. No doubt he’ll need to flex his political muscle early and often given the number of obstacles he’ll be facing. Let’s review just a few:

Though perhaps Dodd is up for all these difficult challenges. He certainly seems to have the right attitude as he demonstrated when speaking to the Hollywood Reporter after being named to the post:

“Someone said something to me very smart. They said there are jobs that have great “issues.” And in other [jobs] the issues won’t be great but the people will be great. This is one where actually you get both. The issues are great and the people… If I didn’t think these were good people I wouldn’t have taken the job.”