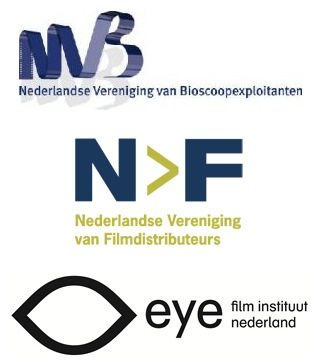 Less than a year after the formation of The Foundation for Digitizing Dutch Cinema (Stitchting Digitalisering Nederandse Cinema), the group has found some of the financing required to convert Netherlands’ cinemas to digital. The organization was formed in July of this year by the Dutch Association of Cinema Operators (Nederlandse Vereniging van Bioscoopexploitanten, NVB), the Dutch Film Distributors’ Association (Nederlandse Vereniging van Filmdistributeurs, NVF) and the EYE Film Institute, which is the Netherlands new film center.

In July the three groups announced a €38 million (USD $50.6 million or GBP £32 million) plan to rollout digital cinema in 520 of the Netherlands’ 755 screens (243 venues) by the middle of 2012. The largest Dutch theatre chain, Pathé, is not participating in the plan because their French parent company, EuroPalaces, is handling its own conversion.

The foundation has established CinemaDigitaal, a new organization to oversee and supervise the rollout. The Dutch government will fund 14 percent of the project with the remainder coming from an undisclosed contribution from the Netherlands Film Fund (Nederlands Fonds voor de Film) and bank financing which CinemaDigitaal is in the process of securing.

Though there has been some debate in the industry over whether national funding will be allowed by the European Union, the Dutch Ministry of Education, Culture and Science has had ongoing discussions with EU officials regarding the proposed model. The Dutch government’s participation falls below the de-minimus limit for state aid and is being made possible through an ongoing national information technology initiative (Programma Implementatie Agenda ICT-Beleid, PRIMA). As well, the government’s support is earmarked for non-commercial theatres.

Like most other digital cinema deployment financing schemes, the model created by the foundation employs virtual print fees (VPFs). Cinemadigitaal will partner with an established deployment entity that already has VPFs in place with studios. They are currently in the midst of a bidding process to select an appropriate partner. Independent and Dutch distributors, no matter how large or small, will sign up with the selected deployment entity to contribute VPFs.

CinemaDigitaal will be responsible for the financing and will effectively act as a buying group for participating theatres. By consolidating the procurement of equipment purchases and support services the organization should be able to negotiate better prices and terms with vendors. CinemaDigitaal will purchase and own the d-cinema equipment and exhibitors will make monthly payments until its cost is fully recouped. The VPF will account for 64 percent of recoupment, exhibitors will contribute 22 percent and the remaining 14 percent will come from the Dutch government. Ultimately, ownership of the equipment be turned over to individual exhibitors.

In an unusual moment of industry solidarity, Dutch exhibitors and distributors spent over a year working together on a solid solution for the conversion which would suit cinemas of all sizes. To help avoid the legal obstacles that killed a similar plan devised by the Centre National de la Cinématographie (CNC) in France last year, the foundation has been consulting with specialists in competition law. The Dutch Competition Authority has already conducted a preliminary review of the proposed plan and their initial assessment found no obvious concerns or threats to competition.

This should allow CinemaDigitaal to commence with a rollout in January of next year as expected.