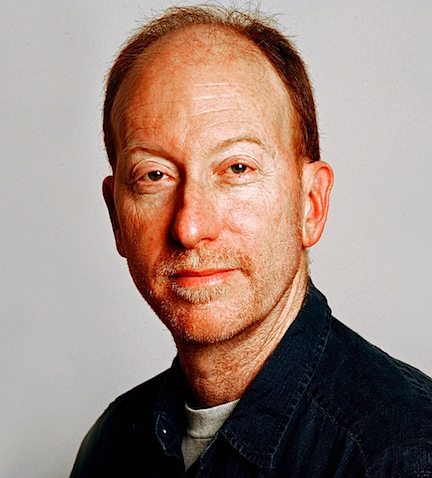 If you’ve never read Patrick Goldstein in the Los Angeles Times, you’re really missing out. Especially this past Tuesday when the subject of his weekly column, The Big Picture, was none other than release windows.

Goldstein has been writing his column for as long as I can remember and it is one of my favorite reads each week. When he started blogging back in 2008, a form of journalism he had previously criticized, I made sure to keep up with his daily posts. As the tagline on his blog states, Goldstein covers the “collision of entertainment, media and pop culture”.

On Tuesday Goldstein was covering the collision of exhibitors and distributors over theatrical release windows and some of his observations are worth mentioning. Some of his well-made points I agree with, others I do not.

The columnist cites the recent release of “Alice In Wonderland” as a “dramatic tipping point in film history”, but not because its box office success has confirmed that audiences will come to see 3D movies even when they aren’t made by James Cameron. What Goldstein believes earned Tim Burton’s version of “Alice” a place in movie history is that “It finally put the nail in the coffin of movie theater owners’ mindlessly stubborn resistance to shorter DVD windows.”

In case readers weren’t paying attention to the recent tussle over “Alice’s” DVD release window, Goldstein fills them in on the history of Disney’s decision to release the film on DVD only three months after its theatrical bow. He then goes on to detail the record breaking box office returns the film earned; biggest U.S. non-sequel opening weekend of all time with USD $116 million and a current worldwide gross of USD $366.2 million. Given the amount of press coverage over Disney’s disputed release plans for “Alice” Goldstein figures most audiences knew the film was being released on DVD in just 12 weeks. It’s success, even in the face of poor reviews, should prove the shorter DVD release window had no affect on theatrical grosses. He even quotes one studio head as saying, “case closed”.

I would suggest that this argument doesn’t work and that comparing the “Alice” release to that of a non-3D tentpole film is difficult at best, if not impossible until 3D has been adopted in the home. Nearly 80% of “Alice’s” gross to date has been from 3D showings. Audience’s showed up to see “Alice” in part because it offered them an experience they couldn’t receive at home 12 weeks later.

From the studio point of view, it simply doesn’t make sense to wait 16 weeks or more to release a film on DVD when the average film does 80% of its business in its first three weeks in the theaters. Except for a phenomenon like “Avatar” or a mega-crowd pleaser like “The Hangover,” most studio films have completely played out in six, or at most eight, weeks.

Bringing a film to DVD in a shorter time span could take advantage of the marketing campaign for the theatrical release, writes Goldstein. Like me, he is not shocked that Disney is the studio that decided to push the boundaries on windows:

Unlike the other major studios, which are still helmed by executives with a background in movies, Disney is run by Bob Iger and Rich Ross, whose formative years were spent in TV. Being TV guys, they are used to expecting quick results and are unaccustomed to the glacial pace of moviedom. They also have few emotional ties to the film business. . .

Goldstein questions what the harm would be in experimenting with day-and-date release windows on non-tentpole films. His first idea on how to execute such a release plays off the concept of a single marketing campaign for both the theatrical release and home video. It is one many of us who work in exhibition and distribution have heard before:

If you have a film like “Shutter Island,” “Cop Out” or “The Bounty Hunter,” that could just as easily be enjoyed at home as in the theaters, why not charge fans a premium–say $22.95–to see it at home on VOD at the same time as it plays in the theaters?

Both exhibitors and trade groups such as the National Association of Theatre Owners have previously made public their distaste for such a release strategy. The contention is that a theatrical release helps boost the value of a film title in ancillary markets, something most distributors don’t dispute. However, Goldstein may be onto something. Ideally audiences would venture out to theatres for every single film, but what about those who simply can’t; parents with children, handicapped people or those that live too far from their nearest theatre? They very well may pay a premium to watch certain movies like “Couples Retreat” at home so they can participate in the water cooler conversation on Monday morning. Of course, the ability to thwart in-home piracy for such viewings would first need to be solved.

Another point Goldstein’s makes that I agree with is the idea of studios and exhibitors working together as partners:

If they [exhibitors] are willing to risk a box-office shortfall, then promise them a cut of the VOD revenue. Or a better split from the theatrical take.

The fight over how release windows will evolve over time won’t be solved with a single newspaper column or blog post. After all, product versioning is a well practiced marketing tactic to help maximize revenue during a product’s life cycle. If the windowing of media products didn’t work then the publishing industry would not market hardcover books months ahead of paperbacks. (Actually, the recent surge in electronic versions of books has caused no end of strife to publishers who are watching their returns on hardcover books begin to erode). Still, Goldstein may be doing the industry a favor by reminding us:

There’s a lesson here, one that the movie business should have already learned from the collapse of the record industry. If you let your business model lag too far behind the habits of your most loyal consumers, you’ll soon discover that you don’t have a business anymore.