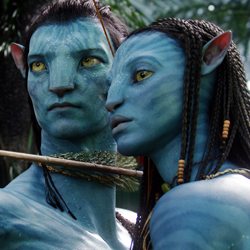 It was bound to happen. With James Cameron’s 3D epic “Avatar” being released on more than 16,000 screens in 122 countries on December 18th, surely there would be a few snafus. One Deluxe insider claimed “Avatar” marked the first movie title for which they shipped more hard drives with digital cinema packages (DCPs) than 35mm prints. So whether it was a faulty server, malfunctioning projector or invalid key, a few dark screens or missed screenings seemed inevitable. And with the enormous amount of promotion and hype surrounding “Avatar’s” release there were thousands of sold out auditoriums making whatever problems that cropped up difficult to hide.

Few would have predicted that such issues would be caused by humans, rather than technical errors. But that’s just what happened in Germany during the first few hours of “Avatar’s” release. Apparently upwards of 70 screens were unable to play the film in digital 3D because they had not received the keys, or received the wrong keys. The problem affected theatres run by Cinestar and Cinemaxx in cities such as Eisenhuettenstadt, Mainz, Garbsen and Berlin. Audiences that had shown up for the first showings of the film were told they could see the film in 2D or were offered a refund.

It should come as no surprise that news of the dark screens spread rapidly in mainstream media, especially in the tech press. Outlets such as The Register and Heise ran stories that faulted Deluxe Digital, the service provider Twentieth Century Fox used to distribute both 35mm and digital prints. However, having seen first hand the amount of resources, energy and effort Deluxe put into the release of “Avatar” it is highly unlikely that they somehow managed to bungle the key delivery. More probable is that one of Fox’s field offices neglected to relay some last minute playdates they had managed to secure.

One rumor that has been going around about the incident is that digital cinema servers at theatres which experienced the issue had either improper or out-of-date firmware. Nobody involved in the situation could confirm this to be true. Let’s hope for everyone’s sake that this was not the case, as it would only serve to highlight some of the technical hurdles inherent in digital cinema.

Public opinion about the “Avatar” black out was largely driven by tech blogs and podcasts. Indeed, it was somewhat humorous watching tech-heads line up with advice on how to solve the issue of digital cinema security which the industry has spent years standardizing. Here is an example from CNET’s popular Buzz Out Loud daily podcast which has a worldwide listener-base of tens-of-thousands (if not hundreds-of-thousands). The news was first reported by someone who write into the podcast:

For years now I have heard you explaining that DRM only punishes the honest customers. Well, today I was such an honest customer for the last time. I went to see Avatar in my local Cineplex. I saw a huge crowd standing in the lobby and knew something was up. The theater manager explained that the premiere screening of the 3D version could not commence. They had been waiting for the digital key to arrive that is necessary to decrypt the film. It should have arrived by email from FOX over four hours earlier but it had not.

Apparently this was a problem for every movie theater in Germany and probably every cinema in Europe that wanted to show the film at that day. The 2D version was not affected by the way. I gather 50% of all the perplexed visitors had no idea what kind of key he was talking about. But definitely 100% were pissed and had no understanding why they made all the way and effort to come to the movie theater only to be told: “Sorry, we don’t want your money!”. 16 Dec 2009 was supposed to be the day I see a masterpiece. It turned out to be the day I swore to never set foot in a movie theater again.

Screw you FOX and happy downloading!

Not quite sure how Andy plans to download and view a 3D version of the film. That Tom Merritt, the show’s host, was surprised that keys are sent via email was rather humorous. It didn’t take long however for other listeners to start writing in with their own thoughts and solutions. The very next episode featured this listener email:

There was one final email in which the hosts debate why studios send keys with specific business parameters (dates) in them, rather than open keys: