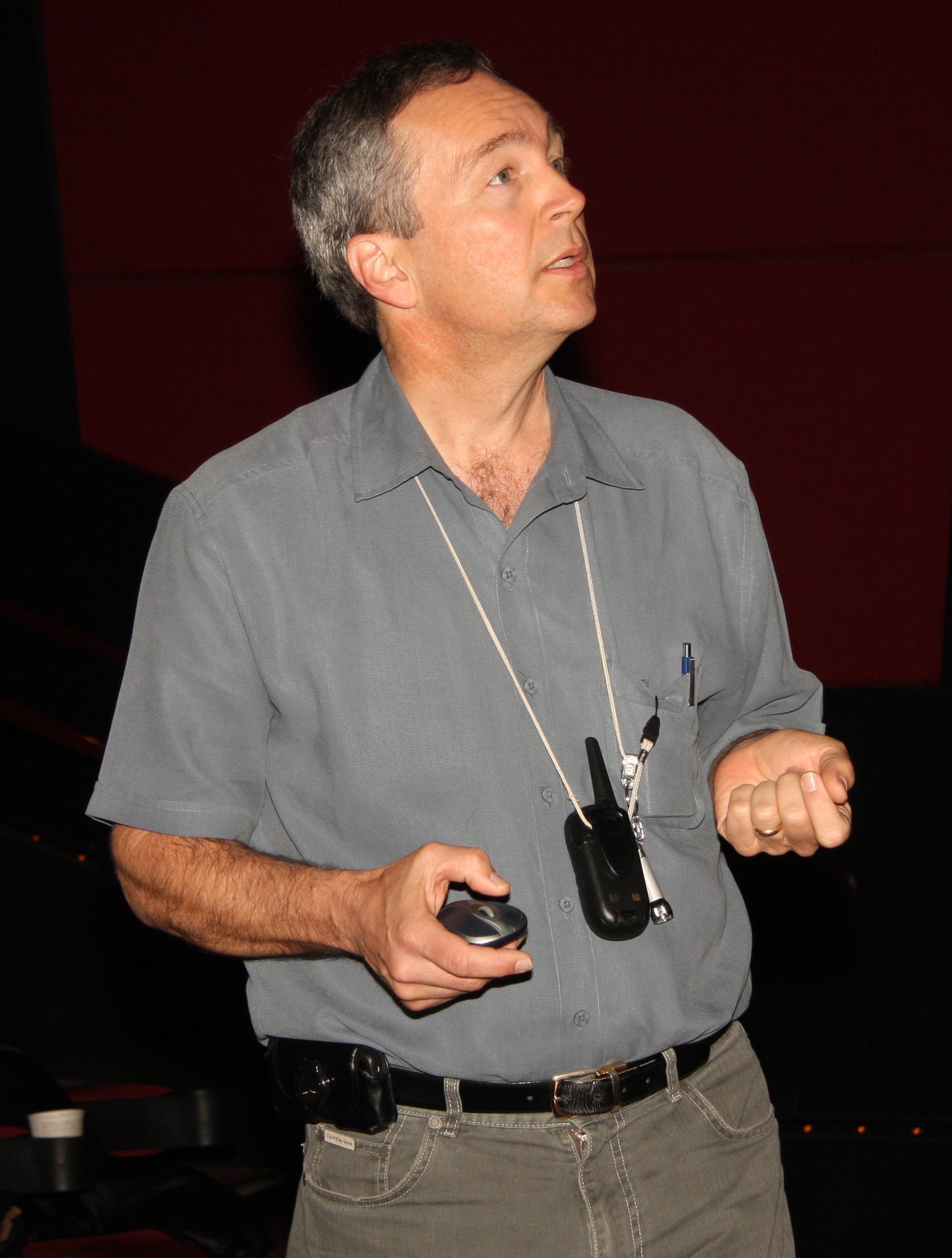 On Tuesday at the AMC Burbank 16 in Burbank, CA, the Inter-Society Digital Cinema Forum (ISDCF) held a luminance level demonstration of digital 3D content which had been mastered for different light levels.  The ISDCF is not a standards body and thus the demo was not a test, but simply a way for industry professionals to see what 3D content would look like at brighter levels than the 4 foot-lamberts (ftL) to 4.5 ftL that is common luminance for most 3D movies today.  One of the goals was to examine the emotional and technical impact of screening the content at different luminance levels.

Speaking of the content, material from the following films was shown:

A brand new Christie XD projector was brought in and connected to Doremi DSVJ2 server.  Since it already existed at the theatre, the RealD XLS system was employed as the 3D technology.  As well, RealD’s dynamic EQ was used to “ghostbust” the content as it was piped between the server and the projector.  The Christie projector was set to triple flash (show each frame three times per  eye).

Unfortunately, the ISDCF did not receive raw footage so that they could be timed from scratch.  Instead they received material that had already been mastered for 4.5 ftL.  Any adjustments made to master the content for higher luminance levels were made on top of this.  As well, all of the clips were either set at night or were indoors.  There was no daylight footage.  All of the clips were originally shot on digital rather than film.

At the outset of the demo, clips mastered for 4.5 ftL were shown at 4.5 ftL to establish a baseline.  They were then bumped up to a whopping 14 ftL, which is the standard (and required) luminance for 2D films screened in digital.  All light levels were measured to the eye, meaning that the light reaching the eye off the screen and through 3D glasses was at the foot-lambert specified.  The material shown at 4.5 ftL looked fine, like any normal digital 3D presentation, however when the luminance was raised to 14 ftL there were some interesting side effects; some of the blacks were washed out, the contrast jumped all over the place, and in certain clips portions of the image were completely blown out.  The latter was especially true when viewing the heightened stage lighting of concert footage.  At 14 ftL the footage from “Journey to the Center of the Earth”, which was set in a cave, was noticeably too bright.

This may sound like a whole lot of minuses, but keep in mind the material was mastered for 4.5 ftL.  As well, the increased instances of ghosting many had expected to see at 14 ftL was negligible.  At the demo I attended some of the color timers and cinematographers that had worked on the original films were present and suggested that the double mastering may have caused some contrast and over saturation which potentially could account for certain ghost images.

Because a standard practice for mastering luminance has not been established and a question remains about the impact on the current install base of changing the recommended practice of mastering 3D content at 4.5 ftL the ISDCF chose to perform an interesting experiment.  Jerry Pierce, chairman of the organization, began switching up the way clips were mastered and at what luminance level they were shown.  In addition to 4.5 ftL, content was mastered at 6 ftL, 10 ftL and 14 ftL and screened at all four luminance levels.

When ISDCF mastered the content for the demo they noted that when bumping up the luminance level from 4.5 ftL to 6 ftL, the had to add a lot of saturation, though every level after that the saturation changes were minimal.  Most often, content mastered at a specific luminance level and then projected at that same luminance level looked the best.  But not always.  “Tokyo Mater”, an animated Pixar short, looked amazing at 14 ftL, yet “Hannah Montana” did not.  More often than not 14 ftL really looked too bright.  When it came to “U2:3D” the brighter levels brought out a lot of detail in the audience which was rather nice and far more engaging than at darker levels.

The demo lasted an hour and by the end, as Mr. Pierce rattled off the mastering and projection luminance level of each clip at a dizzying pace, I couldn’t help but wonder if it might be some new version of “Three Card Monty”.  My own opinion was that the clips looked best somewhere between 6 ftL and 10 ftL.

Overall, the demo was quite useful and ISDCF performed a valuable service by holding it.  What the presentation really showed was that there may be no hard and fast rules when it comes to the luminance levels of digital 3D movies.  It very well might depend on the content being shown.  Only one thing seems certain in all of this; when it comes to showing 3D films at brighter luminance levels some exhibitors may balk as it shortens the bulb life of the projector.