Just when I think the motion picture exhibition and distribution industry is going to catch up to emerging technologies I was reminded just how far behind they may truly be. ShowEast 2007 kicked off this morning in Orlando, FL. with its international day. The first seminar in the program was entitled “The Power of the Internet As a Marketing Tool”. You would think by now most exhibitors and distributors would know the “power” of the internet when it comes to marketing their films and theatres.

Cavalheiro’s presentation reviewed how Fox is trying to be innovative in using the internet to market their films. She pointed out that because most people’s inboxes are cluttered with marketing email, Fox has turned to social networking, virtual worlds and even a website they created for bloggers. Cavalheiro reviewed how Fox held a Q & A with Bruce Willis for Die Hard 4 on the popular virtual world site, Second Life. Journalists from around the world were invited to participate and Willis, or at least his avatar, sat at the front of a virtual room fielding questions.

Cavalheiro also detailed how Fox Latin America is promoting the release El Buffalo de La Noche using MySpace by creating profile pages for all the characters. Cavalheiro expressed some amazement that other MySpace users added the character profiles as friends and that some even sent messages to the female characters professing their love. Apparently she hasn’t spent a lot of time on MySpace, for it doesn’t take much to get that kind of attention on the social networking site. Fox Latin America has also used YouTube to their advantage, creating thematic pages around some of their films and posting cast interviews, out takes and trailers.

Next up was Mier who gave a presentation based on the theme “The internet as tool for further engaging our audiences in the movie going experience.” Like Fox, Cinépolis is trying to get moviegoers to interact with their newly revamped website by allowing them to post comments and view trailers. In time, Mier hopes to include even more social networking features such as blogs and podcasts, as well as increase online ticket sales, which average less than 1.8%. One hurdle Cinépolis and other Mexican exhibitors face is that internet penetration has only reached 21% of households in Mexico versus 70% in the United States.

In an attempt to stay ahead of the curve, Cinépolis created the website Cineticket.com.mx to allow users to purchase tickets which they can print out at home or send to their cellphones. Patrons can then skip the lines at the box office to have the bar codes on their tickets or phones scanned upon entrance. Presently, Cinépolis, which is the fifth largest exhibitor in the world with over 1,600 screens, has upwards of 350,000 registered users on its website.

One interesting point Mier made was his hope that the internet could be used to help Cinépolis use prediction market theory to increase revenue. He cited HSX.com which allows users in the United States to invest fake money in movies, betting on their box office gross. 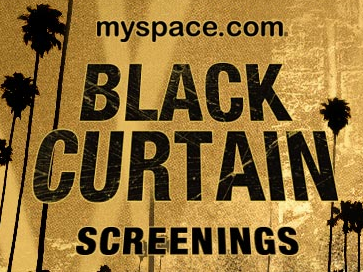 MySpace launched in Mexico in January of this year, in most of Latin America in April and earlier this month in Brazil. A special cinema category will be launching on MySpace Latin America in the next couple of weeks. They presently get an average of 450,000 new users per month throughout Latin America.

Two of the most noteworthy details that came out of Kong’s presentation was how MySpace helped promote the film Step Up and how the site is sponsoring special sneak previews dubbed Black Curtain Screenings. Step Up, a film which many predicted would open to $8 million wound up grossing $20 million in its first weekend. In an exit poll more than 50% of audience members said they heard about the film on MySpace. The Black Curtain Screenings held by MySpace in Latin America allow members to print out their profile page, proving that they have added the film’s MySpace profile as a friend, as a means of gaining entrance.