Women in The Spotlight at Cinema Rediscovered, Bristol UK 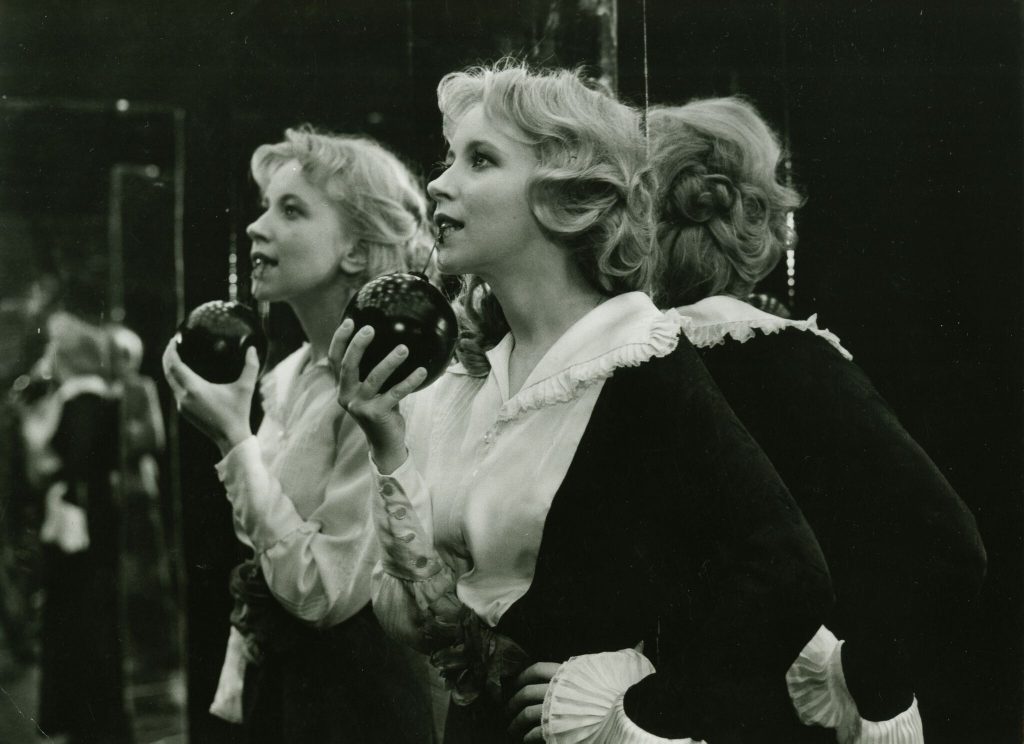 Cinema Rediscovered returns to Bristol for its third edition, Thu 26 – Sun 29 July, bringing the best in digital restorations, contemporary classics and film print rarities back where they belong on the big screen at cinemas including Watershed and Clevedon’s Curzon Cinema & Arts with support from BFI awarding funds from National Lottery.

Cinema Rediscovered, partnering with Come the Revolution and BFI are thrilled to present the bold, brilliant voice of filmmaker Leslie Harris with two rare 35mm film print screenings of her debut feature Just Another Girl on the I.R.T. (1992) accompanied by  Q&As at BFI Southbank in London (27 July) and Watershed in Bristol (28 July).

Leslie wrote, directed, produced Just Another Girl on the I.R.T. as an independent feature through her production company (Truth 24 FPS Inc.) which sold the feature to Miramax, a first for a theatrical film by an African-American Woman. The film premiered at Sundance in 1993, where Harris became the first African-American woman writer, director, producer to win a Special Jury Prize for Best Feature Film. Made on a budget of $130,000, Harris’ film follows Chantel, a smart, articulate black high school student, determined not to become ‘just another girl on the I.R.T’ (the NYC subway train). In 1993, it was released in cinemas across the US and 20 countries worldwide, and became the first film by an African-American woman to gain British distribution.

25 years on, Leslie Harris reflects: “It’s still a challenge for black women as writers, directors and producers. Yes, today we have Ava DuVernay and Dee Rees and that’s progress, but it’s not enough. Audiences are still missing out on many wonderful stories by black women filmmakers.  Financing is still a challenge, me included trying to make my current feature ‘I Love Cinema’. 25 years ago when I picked up my Sundance Prize, I said “… it’s time to see the independent vision of African American women both in front of and behind the camera”. 25 years later, I say it again. The time is now.”

Just Another Girl on the I.R.T. headlines the Women on the Periphery strand of Cinema Rediscovered a programme of feature film debuts, shorts and special events celebrates brave, bold, funny and warm storytelling from and about extraordinary women.

WOMEN ON THE PERIPHERY AT CINEMA REDISCOVERED
>BeDevil (Australia, 1993) Tracey Moffatt
A sublime trilogy in which characters are haunted by the past and bewitched by memories – real, remembered and imagined. With an introduction and discussion hosted by writer/curator Karen Alexander presented with Autograph ABP.

Bhaji on the Beach (UK, 1993) Gurinder Chadha
A funny, frank and touching British comedy debut feature, also the first to be directed by a British Asian woman. Gurinder Chadha, now recognised as the most prolific woman making feature films in the UK, will take part in a post-screening skype Q&A.

Something Must Break (Sweden, 2014) Ester Martin Bergsmark
Transgender teen Ellie is pushed to breaking point as love, life and labels collide, in this brave, modern romance. This stunning feature debut from Ester Martin Bergsmark captures the intimacy of its subjects with an intensity and charge that is transgressive and deeply romantic. Followed by a discussion hosted by Jo Bligh (Thorny.)

UK premiere of the 4K Digital restoration
My 20th Century (Hungary, 1989) Ildikó Enyedi
This dazzling first feature from Hungarian director and screenwriter Ildikó Enyediwhose On Body and Soul won the Golden Bear at the 2017 Berlin Film Festival is ripe for re-discovery. An homage to the magic and exuberance of early silent cinema with stunning cinematography by Tibor Máthé, Enyedi’s poetic meditation reflects on the wonders and shortcomings of progress at the turn of the 20th-century. With support from the Hungarian National Film Archive.

Come the Revolution Presents: Madeline Anderson
The films of pioneering filmmaker and television producer Madeline Anderson are both essential historical records of activism and a vital body of cinematic work. Come The Revolution Curator Liz Chege puts the spotlight on her work with a rare showing of Integration Report 1, a cinematic snapshot of the civil rights movement across the United States in 1960, and I Am Somebody which documents the 1969 strike of 400 black female hospital workers in Charleston, South Carolina from a distinctly feminist point of view.