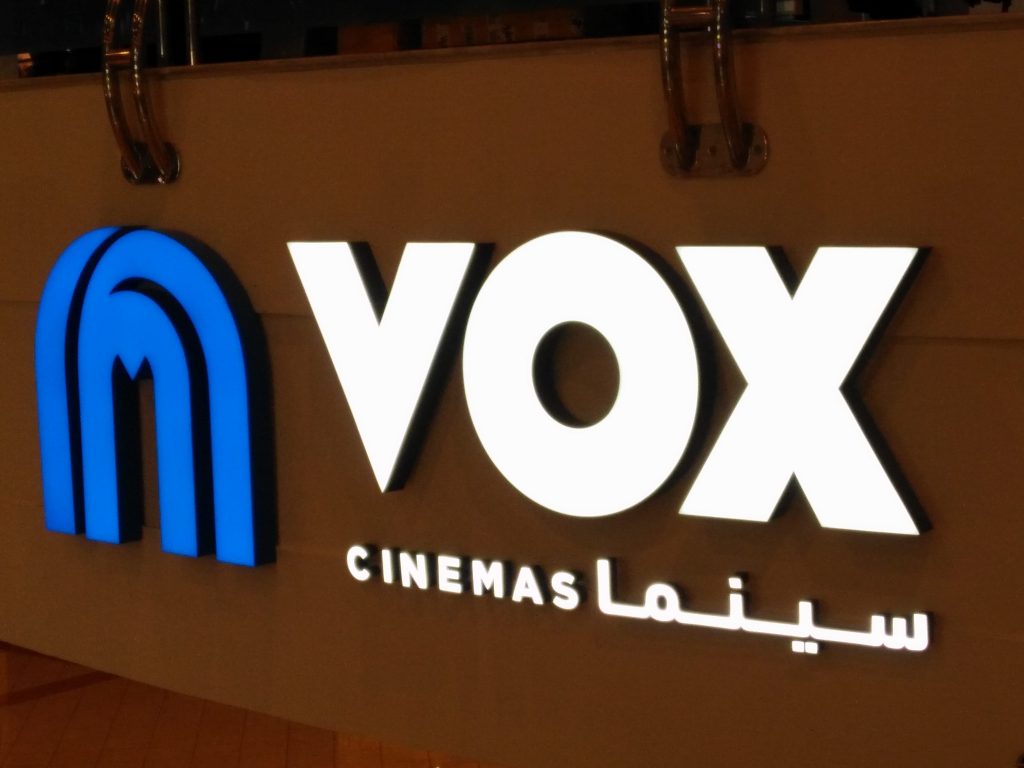 Majid Al Futtaim Cinemas, owner of the VOX Cinemas brand of cinemas in the Middle East, will receive the “Global Achievement Award in Exhibition,” it was announced today by Mitch Neuhauser, Managing Director of CinemaCon. CinemaCon, the official convention of The National Associations of Theatre Owners (NATO), will be held March 27-30, 2017, at Caesars Palace in Las Vegas. The award will be collected by CEO of Majid Al Futtaim Cinemas Cameron Mitchell during the convention’s International Day festivities, taking place on Monday, March 27, 2017.

“VOX Cinemas has proven to be an innovative leader in the competitive entertainment landscape, with a team that is dedicated to bringing the magic of the motion picture experience to the Middle East and beyond,” Noted Neuhauser. “Cameron Mitchell has been instrumental in expanding VOX Cinemas to a larger audience and we are honored he will be attending in person to collect this year’s prestigious CinemaCon Global Achievement in Exhibition Award on behalf of Majid Al Futtaim Cinemas.”

Since opening its first cinema in Ajman City Center in 1999, VOX Cinemas has grown to become the largest cinema brand in the Middle East and holds the position of the Middle East’s highest grossing cinema chain. Differentiating itself through the development of several cinema concepts, the VOX Cinemas brand has enjoyed above average market share in all markets which the company operates in. Offering a wide range of cinema experiences the VOX portfolio includes the immersive 4DX experience to which the company holds the exclusive rights in the Middle East, ThEATre by Rhodes, a fine dining luxury cinema collaboration with Michelin Star Chef Gary Rhodes, and an IMAX® with Laser theatre at Mall of the Emirates in Dubai, which has been a top performing site across IMAX’s worldwide network of more than 1,000 theatres for recent films including Sully, Magnificent Seven and Deepwater Horizon. Growing its world-class chain of cinemas to continue delivering great moments to customers around the region every day, VOX Cinemas will expand to operate 600 screens across 50 locations in the Middle East by 2020.

As CEO of VOX Cinemas, Mitchell leads the company’s aggressive expansion plans through the Middle East & Africa. Joining the team in January 2007 Mitchell oversees the company’s distribution division along with the development division. A business graduate from Australia’s Griffith University, Mitchell has over 20+ years of global cinema industry experience working initially in various operational and regional roles throughout Australia.

The company is undergoing a 1 billion dirham investment that will see the company expand to 50 locations and operate 600 screens in the region by 2020. Tailoring every cinema location to the surrounding market place and customer preferences, VOX Cinemas offers a mix of cinema experiences including two luxury cinema concepts, the first one being VOX THEATRE by Rhodes which is a collaboration with Michelin Star Chef Gary Rhodes, and the second one being the much loved VOX GOLD luxury cinema experience. Taking the VOX MAX big screen cinema to the next level, VOX currently operates the Middle East’s largest cinema screen in the region at the Virgin Radio MAX screen in City Centre Deira in Dubai. VOX also has the very first and only IMAX with Laser screen in the Middle East, holds the Middle East’s exclusive rights to the immersive 4DX experience, and operates VOX KIDS, the very first cinema in the Middle East dedicated to kids having fun. VOX also recently introduced OUTDOOR, the first open air VOX Cinemas in the region located on Galleria Mall’s Rooftop in Dubai for the cooler months of the year.

A remarkable business success story, Majid Al Futtaim started from one man’s vision to transform the face of shopping, entertainment and leisure to ‘create great moments for everyone, every day’. It has since grown into one of the United Arab Emirates’ most respected and successful businesses spanning 15 international markets, employing more than 33,000 people, and achieving the highest credit rating (BBB) among privately-held corporates in the Middle East.

Majid Al Futtaim owns and operates 20 shopping malls, 12 hotels and three mixed-use communities, with further developments underway in the region. The shopping malls portfolio includes Mall of the Emirates, City Centre malls and My City Centre neighbourhood centres, and also four community malls which are in joint venture with the Government of Sharjah. The Company holds exclusive rights to the Carrefour franchise in 38 markets across Middle East, Africa and Central Asia, and operates a portfolio of more than 160 outlets in 15 countries.

Majid Al Futtaim operates 194 VOX Cinema screens and 26 Magic Planet family entertainment centres across the region, in addition to iconic leisure and entertainment facilities such as Ski Dubai and iFly Dubai, among others. The Company is parent to the consumer finance company issuing ‘Najm’ and ‘Voyager’ credit cards, a fashion retail business representing international brands such as Abercrombie & Fitch, AllSaints and lululemon athletica, and a healthcare business that operates City Centre Clinics. In addition, Majid Al Futtaim operates Enova, a facility management company, through a joint venture operation with Veolia, a global leader in optimised environment resource management. The Company also owns the rights to The LEGO Store in the Middle East and operates in the food and beverage industry through a partnership with Gourmet Gulf.