Vincenzo Guzzo Is the 2021 Recipient of ICFF Award of Excellence 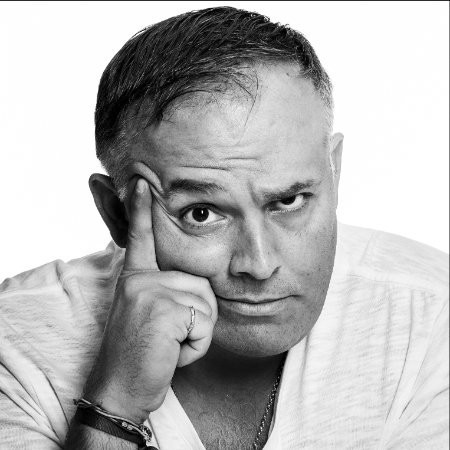 Vincenzo Guzzo, President and CEO of Cinémas Guzzo, the largest independent chain of movie theatres in Québec, and Dragon on CBC’s Dragons’ Den, is the 2021 recipient of the Italian Contemporary Film Festival (ICFF) Award of Excellence. The award will be presented at the Closing Night Gala and Awards Ceremony of this year’s Lavazza Drive-In Film Festival, co-organized with CHIN Radio/TV and in partnership with Ontario Place, on Saturday, July 17, at Ontario Place. “I am honoured and humbled to be selected as the recipient of this year’s ICFF Award of Excellence,” said Vincenzo Guzzo. “There is simply nothing more special than seeing a good movie on a big screen and I am delighted to support the ICFF in their mission to connect people, communities, and cultures through the magical shared experience of going to the movies.”

Each year, the ICFF, presented by Lavazza, and presented thanks to the steadfast support of the Italian Embassy in Ottawa, the Italian Consulate in Toronto, the Italian Consulate in Montreal, the Italian Institutes of Culture, is pleased to host many special guests at the Lavazza Drive-In Film Festival, including actors, directors, producers, journalists, and other prominent members of both the Italian and the Italian-Canadian film industry. An accomplished Canadian entrepreneur, philanthropist, and television personality, Mr. Guzzo will attend the closing gala as the preeminent guest of honour.
?
“This prestigious award honours Mr. Guzzo’s outstanding support and contributions to Italian and Canadian cinema and recognizes his incredible influence in the film industry and movie-going experience across the country,” said Cristiano de Florentiis, Artistic Director of the Italian Contemporary Film Festival.

The Festival, with the support Christie Digital and Rogers Communications, has reconnected 16 communities across Ontario and over 15,000 people over the course of two weeks thanks to stellar films and outstanding partnerships. To conclude this incredible initiative, the ICFF is proud to presenter the breathtaking North American Premiere of “Gli Anni Più Belli” (“The Best Years”).

About Vincenzo Guzzo
Vincenzo Guzzo is a seasoned entrepreneur with a diverse portfolio of businesses including multi-theatre chain Cinémas Guzzo (the largest chain of independent movie theatres in Quebec with a tenth location opening in Fall 2021), restaurants, a construction company, an e-commerce gourmet food platform, and MrSunshine, his personal fashion and gourmet snack brand. In 2007, he and his wife, Maria, established the Guzzo Foundation to centralize their philanthropic endeavours, through which they have raised millions of dollars to support medical research aimed at the prevention of cancer and the support of mental health initiatives. His role as a Dragon on CBC’s wildly popular Dragons’ Den has been giving Mr. Guzzo a platform to share personal insights and provide entrepreneurial guidance globally since 2018.

About The Italian Contemporary Film Festival
The Italian Contemporary Film Festival (ICFF), presented by Lavazza, is one of the most highly anticipated cultural events of the summer in Toronto and across Canada, with a loyal base of nearly 50,000 attendees per year. Established in 2012, it is one of the leading and most successful festivals of its kind, and the largest Italian film festival outside of Italy. Each year, ICFF screens dozens of films, including shorts and documentaries, in eight cities across the country, in Italian with English or French subtitles. But the ICFF is much more than simply a film festival… It is a unique exploration of Italian arts and culture. With special events highlighting the best of Italian food, wine, fashion, music, literature, architecture, and industry developments, ICFF is committed to celebrating Italian heritage, and bringing together artists and entrepreneurs from around the globe and connecting them with Canada’s diverse audience.