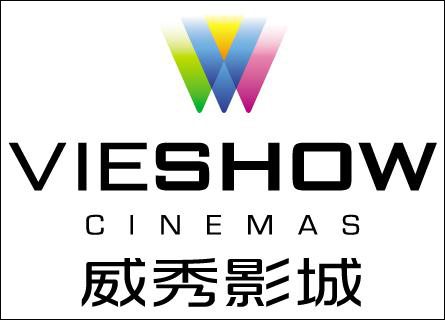 “DLP Cinema and the Film Expo Group are very excited to honor VieShow for their continued efforts to enhance and promote the digital experience in their theatres, not only in Taiwan, but around the world” said Andrew Sunshine, Vice President of The Film Expo Group. “We could not have thought of a more deserving recipient of this award in 2016.”

VieShow Cinemas is the leading cinema operator in Taiwan. The circuit operates 14 sites and 136 screens with over 40% market share including the flagship 17-screen mega cinema with a seating capacity of more than 3,000 in Taipei Hsin Yi district. Hsin Yi cinema is the first cinema entertainment hub developed for a unique cinema, dinning and shopping experience in Taiwan.

With its reputation for being a leader in technology, VieShow Cinemas consistently offers its audiences the latest in cinematic innovations. In 2009, VieShow started the first phase of digitalization of its cinemas and completed the digital rollout plan in less than 2 years.

“The DLP Cinema® Marketing Achievement Award is an award that recognizes and celebrates companies at the forefront of digital cinema, and VieShow is just that” said Dave Duncan, business unit manager for DLP Enterprise and Cinema Display (ECD), Texas Instruments. “We’re proud to support those who continue to improve the digital cinema experience.”

In 2016, VieShow Cinemas, Qsquare in Tapai became the only cinema in Taiwan and only one of four cinemas around the world equipped to screen director Ang Lee’s new film,  “Billy Lynn’s Long Halftime Walk” in the format of 3D, 4K and 120 frames per second, the highest frame rate for any movie in history.

Accepting the Award on behalf of VieShow is Dennis Wu, Chairman of VieShow Cinemas. Wu has worked in the film industry more than 20 years, starting his career at Twentieth Century Fox Taiwan Branch and CMC Movie/CMC Entertainment Corporation as Marketing Director and shortly after became the CEO of Deltamac Taiwan Corporation.

About CineAsia
CineAsia will take place from 6-8 December 2016 at the Hong Kong Convention & Exhibition Centre in Hong Kong. The CineAsia trade show is where cinema exhibition and distribution professional come to do business and network. The convention will also feature product presentations and screenings of major upcoming films, exclusive sponsored events, and seminars relating to current and future trends happening across the industry.