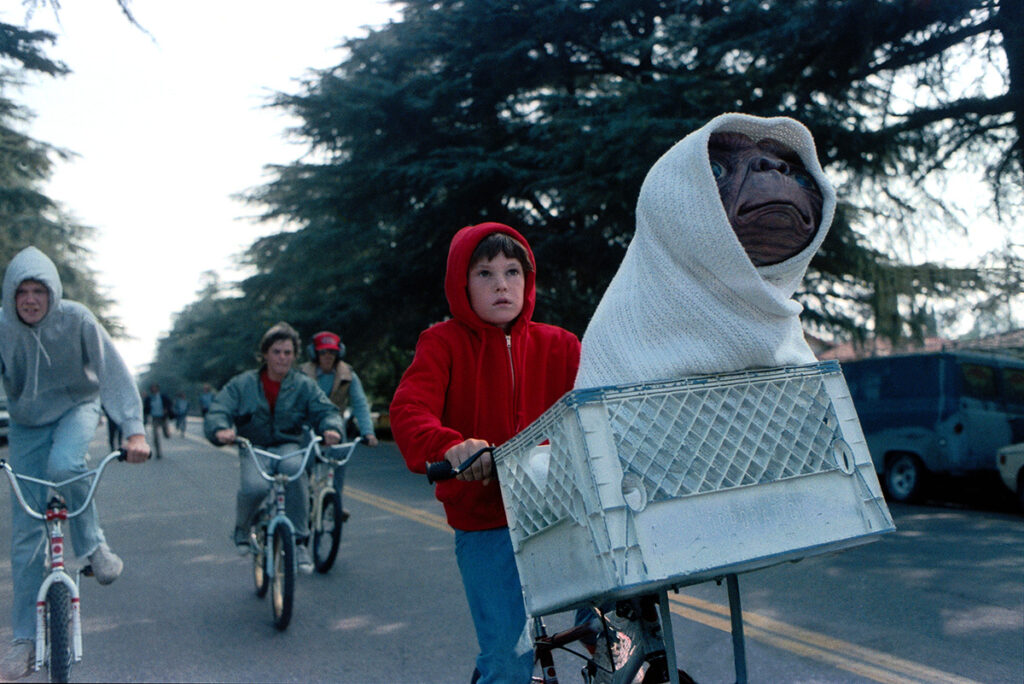 "E.T. The Extra-Terrestrial" will be released exclusively on IMAX screens nationwide beginning August 12, to celebrate the film’s 40th anniversary

The trailer for the new IMAX release of E.T. will premiere exclusively on screenings of Universal Pictures and Amblin Entertainment’s “Jurassic World Dominion” on June 10, almost 40 years to the day since “E.T.” originally debuted in theaters on June 11, 1982.

“Universal is honored to have been a part of so many extraordinary, unforgettable Steven Spielberg films over the past 47 years, including Jaws in 1975, ‘E.T.’ in 1982 and Jurassic Park in 1993,” said Jim Orr, president of domestic theatrical distribution for Universal Pictures. “No filmmaker, it’s fair to say, has had a greater or more enduring impact on American cinema or has created more indelible cinematic memories for tens of billions of people worldwide. We couldn’t think of a more perfect way to celebrate the anniversary of E.T. and the first Universal-Spielberg summer blockbuster, Jaws, than to allow audiences to experience these films in a way they’ve never been able to before.”

“IMAX is thrilled to partner with Universal Pictures and Amblin Entertainment to offer audiences the opportunity to experience these two iconic films in IMAX for the very first time,” said Megan Colligan, President of IMAX Entertainment. “Steven Spielberg redefined modern cinema and ushered in a new era of bold, swing-for-the-fences filmmaking, and the IMAX Experience has expanded around the world because of the trail blazed by films like E.T. and Jaws.”

“Jaws redefined what it means to be a summer-event blockbuster and now for the first time ever audiences can experience Steven Spielberg’s motion picture classic in 3D,” said Travis Reid, CEO & President, Cinema, RealD. “Everything that made Jaws a sensation and a fan favorite for nearly 50 years will be enhanced in RealD 3D, allowing fans a completely new opportunity to immerse themselves in one of the greatest summer suspense thrillers of all time.”

E.T. The Extra-Terrestrial, originally released in the summer of 1982, not only soared to become the highest-grossing film of the year, capturing four Academy Awards and nine Oscar nominations including Best Picture, but it also captured the hearts of audiences around the globe. Four decades later, it still ignites the joy, wonder, discovery, magic and heartbreak of childhood.

Originally released on June 20, 1975, Jaws, based on the best-selling novel by Peter Benchley, became the first true summer blockbuster and a cultural tsunami. It shattered every record to become the highest-grossing film of the year, earning a nomination for Best Picture and winning three Academy Awards, including one for John Williams’ iconic musical score. Almost five decades later, Jaws has become inexorable from global film culture, has inspired multiple generations of filmmakers and remains one of the most thrilling, terrifying and unforgettable films of all time.

About RealD Inc.
Named three times as “Most Innovative Company” by Fast Company, RealD’s mission is to perfect the visual experience on every screen and on every device. RealD pioneered digital 3D cinema and today has the world’s largest 3D cinema platform with well over 2 billion people having experienced a movie in RealD 3D. RealD’s network of theatres includes more than 30,000 installed screens in 75 countries with over 1,200 exhibition partners. As the world’s premier visual technology innovator, RealD designs and licenses cutting-edge technologies that enable a premium viewing experience in the theatre and on mobile and personal devices. For more information, please visit: www.reald.com.