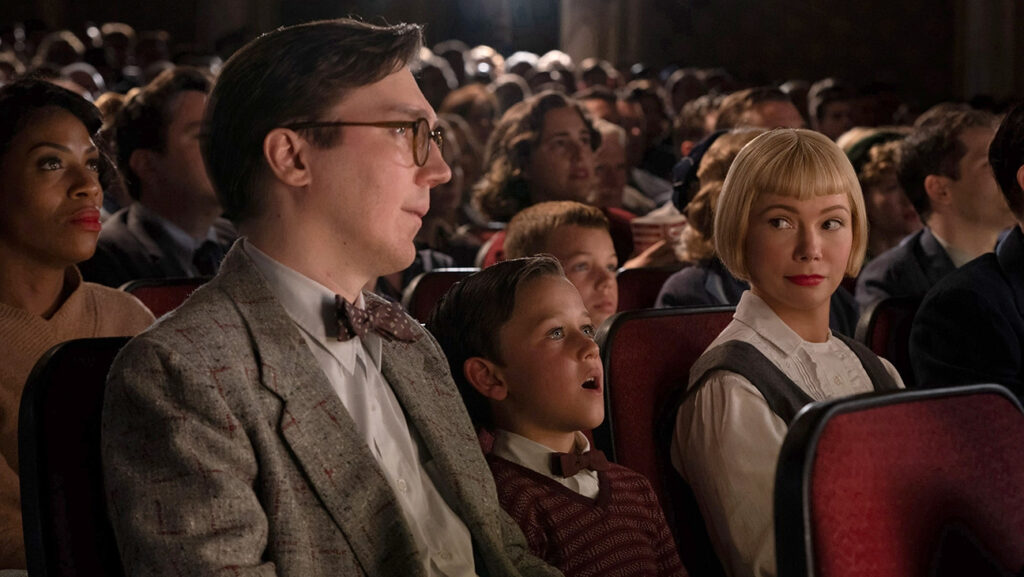 The Toronto International Film Festival has announced its award recipients for the 47th edition of the Festival, which concluded last evening with the Closing Night screening of Mary Harron’s Dalíland at the Visa Screening Room at the Princess of Wales Theatre and Roy Thomson Hall.

“2022 brought an exceptional selection of films that excited festival audiences around the world,” said Cameron Bailey, TIFF CEO. “Our lineup showcased beloved auteurs alongside fresh voices in filmmaking, including numerous women powerhouses. TIFF welcomed guests, press, industry, international stars, and directors back to the city and into cinemas. The sweeping range in cinematic storytelling from around the world is a testament to the uniqueness of the films that are being made. We’re so grateful and proud of this year’s Festival.”

IMDbPro Short Cut Awards
The 2022 IMDbPro Short Cuts Awards are for Best Film, Best Canadian Film, and the Share Her Journey Award for best film by a woman. Each winning film will receive a bursary of $10,000 CAD and a one-year membership to IMDbPro, the essential resource for entertainment industry professionals, to help them continue achieving success in their careers. Celebrating its 20th anniversary, IMDbPro empowers entertainment professionals to discover new talent and projects and has an ongoing commitment to supporting and collaboratively working with organizations that create greater diversity, equity, and inclusion in the entertainment industry, including TIFF’s Share Her Journey campaign. IMDbPro also supported the TIFF Tribute Award for Performance presented by IMDbPro, which was presented to Brendan Fraser for his outstanding performance in The Whale at the TIFF Tribute Awards gala fundraiser on September 11.

“As we celebrate the 20th anniversary of IMDbPro, we are honoured to present four TIFF Awards that so perfectly align with our mission to help entertainment industry professionals launch and grow their careers and our commitment to highlighting diverse artists and inclusive storytelling,” said Col Needham, Founder & CEO of IMDb. “We congratulate these Award recipients and all professionals whose work was featured at TIFF, and look forward to watching their careers continue to grow following this breakthrough moment.”

The winners of the three awards are:

Honourable Mention:
For its wildly entertaining and incredibly realized portrait of a flight attendant’s personal crisis, the jury is very pleased to present an honourable mention for the IMDbPro Short Cuts Award for Best Short Film to Airhostess-737 by director Thanasis Neofotistos. Centred on Lena Papaligoura’s impressive performance, the film is an unhinged, compelling, and memorable tragicomedy.

Honourable Mention:
For its intensely taut and pulsating tale following an aging delivery driver’s movement through a gritty, desperate night in the city, the jury is pleased to present an honourable mention for the IMDbPro Short Cuts Award for Best Canadian Film to Same Old by director Lloyd Lee Choi.

The 2022 jurors for the IMDbPro Short Cuts Awards are Sally Lee, Thyrone Tommy, and Lisa Haller.

NETPAC Award
The 2022 NETPAC jury members include: Ida Yoshinaga and Diana Ashimova. TIFF is delighted to announce that the 2022 NETPAC Jury has selected Sweet As, dir. Jub Clerc as this year’s NETPAC winner.

The 2022 NETPAC jury released the following statement: “A model road film in all aspects with great locations and a strong cast, Jub Clerc’s Sweet As convincingly tells the story of an Indigenous girl on a youth-therapy bus tour — dealing with family, friendship, inspiration and self-identity.”

The 2022 FIPRESCI jury released the following statement: “For its empathy and intelligence in capturing the zeitgeist, and with its daring approach to contemporary satire and world cinema, we award Basil Khalil’s A Gaza Weekend the 2022 FIPRESCI Prize. Basil Khalil’s direction finds space for the more sorrowful, more tender moments of interpersonal crises even as he deftly escalates the bawdy humour on display, capturing the nature of survival as very serious and very funny business for these characters.”

Amplify Voices Awards Presented by Canada Goose
Canada Goose embraces diversity in all its forms and definitions, including technique and passion that transports storytelling to the screen. This year, Canada Goose presents the Amplify Voices Awards to the three best feature films by under-represented filmmakers. All feature films in Official Selection by emerging filmmakers who are Black or Indigenous or persons of colour and Canadian, were eligible for these awards, and the three winners will receive a cash prize of $10,000 each, made possible by Canada Goose.

Amplify Voices Award for Best Canadian Feature Film: To Kill A Tiger, dir. Nisha Pahuja
Jury’s statement: “It’s not easy to film love. In Nisha Pahuja’s To Kill A Tiger, a father defends his daughter, and together they change a village, a country and, maybe, the world.”

Amplify Voices Award: While We Watched, dir. Vinay Shukla
Jury’s statement: “While We Watched is a compelling, urgent film that collapses our differences. It is a wake-up call to how perilous and fragile the relationship between a free press and democracy is everywhere.”

The 2022 Changemaker Award is presented to Luis De Filippis’ Something You Said Last Night. Director De Filippis (2018 TIFF Filmmaker Lab, 2020 TIFF Talent Accelerator) offered this statement: “It is an honour to have Something You Said Last Night be acknowledged by the next generation of filmmakers. Thank you to the Next Wave Committee for seeing this story. I am so excited to watch you lead our industry in the coming years. Thank you to the team behind this film who supported, and believed, and put their all into it, even on the bad days — which there were a few. It’s hard not to ignore the building tide of new voices this year at TIFF, and I am so happy to see our stories finally being told and celebrated — a new wave is coming.”

TIFF’s Next Wave Committee provided this statement: “The TIFF Next Wave Committee announces Luis De Filippis as the 2022 Shawn Mendes Foundation Changemaker Award recipient for her debut feature Something You Said Last Night, an honest, immersive, and intensely relatable portrayal of an Italian Canadian family on a summer vacation. Ren (Carmen Madonia, 2022 TIFF Rising Stars) is a character unlike any other we’ve seen. She is talented, she is struggling, she is flawed, she is loved, she is passionate, and she is accepted. She is all of these things, and she is also a young trans woman finding her place in the world. Created with queer and trans creators in front and behind the camera, Something You Said Last Night finds its power in the complex, imperfect truth of humans and our relationships with family. With her film, Luis De Filippis is changing the game — giving a voice to trans people along the way, and creating a future where queer representation exists beyond the one-dimensional stories and characters we’ve seen over and over again. We hope the visibility and recognition of this award will help more young people see and be inspired by the film like we were, and support De Filippis in her development and journey as a filmmaker.”

The Platform jury provided this statement: “The 2022 TIFF Platform Jury announces the unanimous choice for the Platform Prize — Riceboy Sleeps, written and directed by Anthony Shim for its deeply moving story and precisely-observed characters as they navigate racism, dislocation, family, and love. It balances social realism with pure poetry. Plus, it’s very funny. The leads Choi Seung-yoon (2022 TIFF Rising Stars), Ethan Hwang, and Dohyun Noel Hwang deserve top honours. Riceboy Sleeps touches on, in a most accessible way, some of humanity’s biggest challenges — how to merge cultures without erasing individuals, how to grow up whole in fragmented families, and how to defend ourselves from internalizing the subtle and not so subtle discriminations of the privileged.”

About TIFF
TIFF is a not-for-profit cultural organization whose mission is to transform the way people see the world through film. An international leader in film culture, TIFF projects include the annual Toronto International Film Festival in September; TIFF Bell Lightbox, which features five cinemas, learning and entertainment facilities; and innovative national distribution program Film Circuit. The organization generates an annual economic impact of $200 million CAD. TIFF Bell Lightbox is generously supported by contributors including Founding Sponsor Bell, the Province of Ontario, the Government of Canada, the City of Toronto, the Reitman family (Ivan Reitman, Agi Mandel and Susan Michaels), The Daniels Corporation and RBC. For more information, visit tiff.net. TIFF is generously supported by Lead Sponsor Bell, Major Sponsors RBC, L’Oréal Paris, and Visa, and Major Supporters the Government of Ontario, Telefilm Canada, and the City of Toronto.