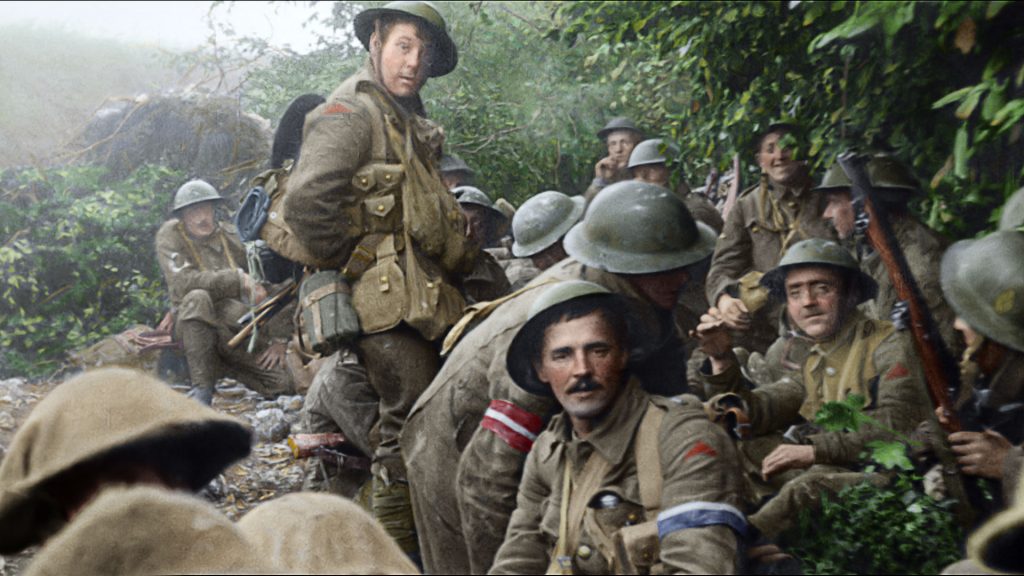 Honoring Sophisticated Restoration and the Crafting of a Deeply Moving Story

The Hollywood Professional Association (HPA) Awards Committee has announced that the organization’s prestigious Judges Award for Creativity and Innovation will honor the documentary film They Shall Not Grow Old. The award, whose recipient is selected by a distinguished jury of industry luminaries, was conceived to recognize companies and individuals who have demonstrated excellence, whether in the development of workflow, process or project to support creative storytelling, or in technical innovation. The coveted distinction will be bestowed on November 21, 2019 at the 14th annual HPA Awards gala at the Skirball Cultural Center in Los Angeles.

They Shall Not Grow Old (2018) is a documentary film directed and produced by Peter Jackson through WingNut Films. Imperial War Museum (IWM) Director General Diane Lees approached Jackson to help shine a light on overlooked footage from the first World War. Alongside his collaborators at WingNut Films and Park Road Post Production, Jackson spent several months considering how to proceed, finally coming to the decision that they would use the words of the British soldiers. The team listened to over 600 hours of audio interviews conducted decades earlier to pull together the common experience of a soldier at war. The film was created using original, mostly unseen footage of World War I gathered from the IWM archive, and audio from BBC and IWM interviews of British soldiers who fought in the War. Comprising footage that is now 100 years old, They Shall Not Grow Old is an emotional and enlightening vision of the experiences of the soldiers who fought.

Jackson went to great lengths to ensure every sound heard in the film was as accurate as possible – from the roar of gunfire to the subtle sounds that webbing makes as it rubs against the body.  Wherever possible, the actual items, whether original or replica, were used for Foley and dubbing. Footage shot in 1914 – 1919 was silent, so to give the onscreen soldiers a voice, forensic lip readers reconstructed the dialogue and actors were hired for ADR who spoke with the same accents and dialects as those in the footage, regionally identified by their uniform badges. Jackson’s skillful use of archival elements has created not just an emotionally powerful film, but a new storytelling approach to archival footage.

Peter Jackson commented, “I am thrilled that the HPA has honoured They Shall Not Grow Old with the Judges Award for Creativity and Innovation. This project was a labour of love for all involved. We set out to find a way to let soldiers of the Great War speak directly to audiences 100 years later – and it’s been very satisfying to see that so many people have listened to them. This global conflict is not ancient history, and there are numerous lessons to be learnt from it, especially today.”

The Creativity & Innovation jury, helmed by co-chairs Carolyn Giardina and Joachim Zell, issued a statement saying, “The Jury felt that unique creative and technical innovation was applied to the production, to bring the brutality of war, as well as communicate the strength of the human spirit, to modern audiences. The work involved respectful use of historical material while finding new audiences for these archives.” In addition to Giardina and Zell, jury members included Scott Gershin, Andrea Kalas, JoAnne Kim, and Kees van Oostrum, ASC.

In addition to the Judges Award for Creativity and Innovation, the HPA Awards will recognize excellence in 12 craft categories including color grading, editing, sound and visual effects during the gala on November 21, 2019. As announced earlier, the HPA Lifetime Achievement Award will be presented to Robert Legato and the winners of the HPA Engineering Excellence Awards will be recognized.

The HPA Awards gala ceremony is a sold-out affair and early ticket purchase is encouraged. Tickets for the HPA Awards are on sale now, online at www.hpaonline.com or by calling +1 (818) 273-1482. For sponsorship information, contact Joyce Cataldo at jcataldo@hpaonline.com.