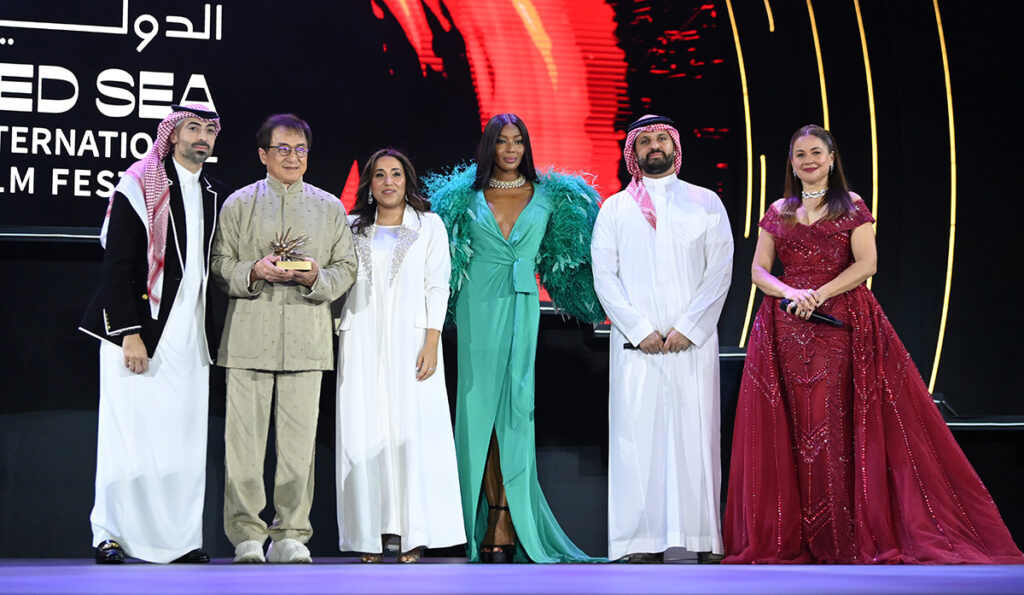 Celebrating the boldness and innovation in film, the Yusr awards present the biggest prizes in the region for both emerging and established voices across the formats of fiction, documentary, animation, and Virtual Reality. The awards were presented this evening at a glittering ceremony with attendance comprised of international talent from across the film industry, and hosted by presenter Raya Abirached and Mo Islam.

Shining a light on films from Saudi Arabia, the Arab world, Asia, and Africa, the prestigious awards, now in its second edition, enables the Red Sea International Film Festival to highlight the reach and immense talent across the region and beyond. The awards were presented by an international jury of renowned filmmakers and industry heavyweights.

Academy Award-winning and internationally renowned actor and filmmaker Jackie Chan received the Golden Yusr Honorary Award this evening, recognizing his unparalleled talents and contribution to the industry, paving the way as a legendary actor, director, producer, and stuntman. Jackie Chan is joined by Yousra, Shah Rukh Khan, and Guy Ritchie who received Yusr Honorary Awards at the opening ceremony of the Festival.

Mohammed Al Turki; CEO of the RedSeaIFF added: “Over, the past week, we have come together to celebrate the film industry and the incredible talent we have both in the region and internationally. The second edition of the festival has been a huge success welcoming delegates from all over the world to this incredible city and we are delighted to close the festival by championing the work of both emerging and already-established filmmakers from Saudi Arabia, the Arab world, Asia and Africa – congratulations to all the winners.