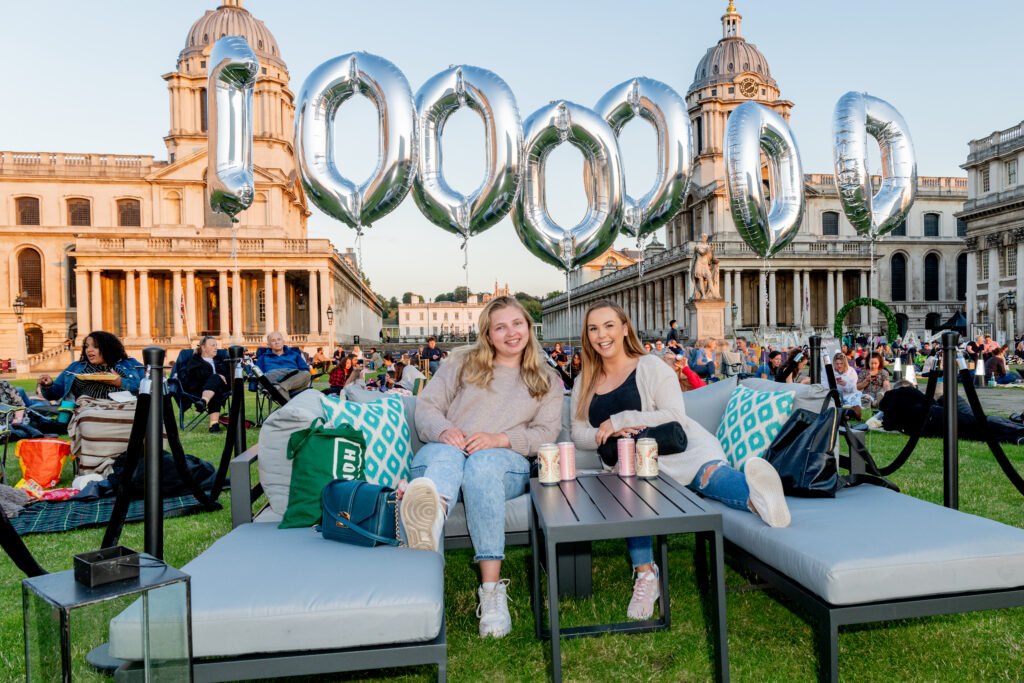 The Luna Cinema is celebrating surpassing 1,000,000 guests, following its open-air screening at the Old Royal Naval College in Greenwich on Saturday 11th July. The milestone was reached 14 years after its foundation, after 1,500 screenings under the stars around the UK.

Arriving to great fanfare, London-based Chloe Newman-Tweddle, the one-millionth customer was treated as a VIP for the evening, receiving upgraded seats as well as free food and drink for the screening of one of The Luna Cinema’s most popular films, The Greatest Showman.

Founder George Wood, originated from humble beginnings following a single screening in Dulwich Park, and now runs the UK’s largest producer of outdoor cinema which has seen exponential year-on-year growth since its foundation. Pioneering the model of creating cinema-quality visual experiences paired with stunning locations such as the Royal Palaces of Hampton Court Palace and Kensington Palace, and other sites of high prestige such as Sandringham, Westminster Abbey, Blenheim Palace, Warwick Castle, Chatsworth House and Cardiff Castle, the brand has now hit its millionth customer milestone.

George Wood, Founder at The Luna Cinema said: “Since The Luna Cinema was founded in 2008 we’ve seen rapid growth each year, with new exciting venues added each season, the latest being Sandringham which is the first open-air cinema event the royal estate has hosted. Celebrating our millionth customer against the stunning backdrop of the Old Royal Naval College shows just how far we’ve come from our very first screening in Dulwich Park. Here’s to our next million!”

Running until the 3rd October, The Luna Cinema will be hosting over 175 screenings at more than 50 stunning locations across the UK throughout the rest of the season.