The First Helios Multiplex in Warsaw Invites Viewers This Week 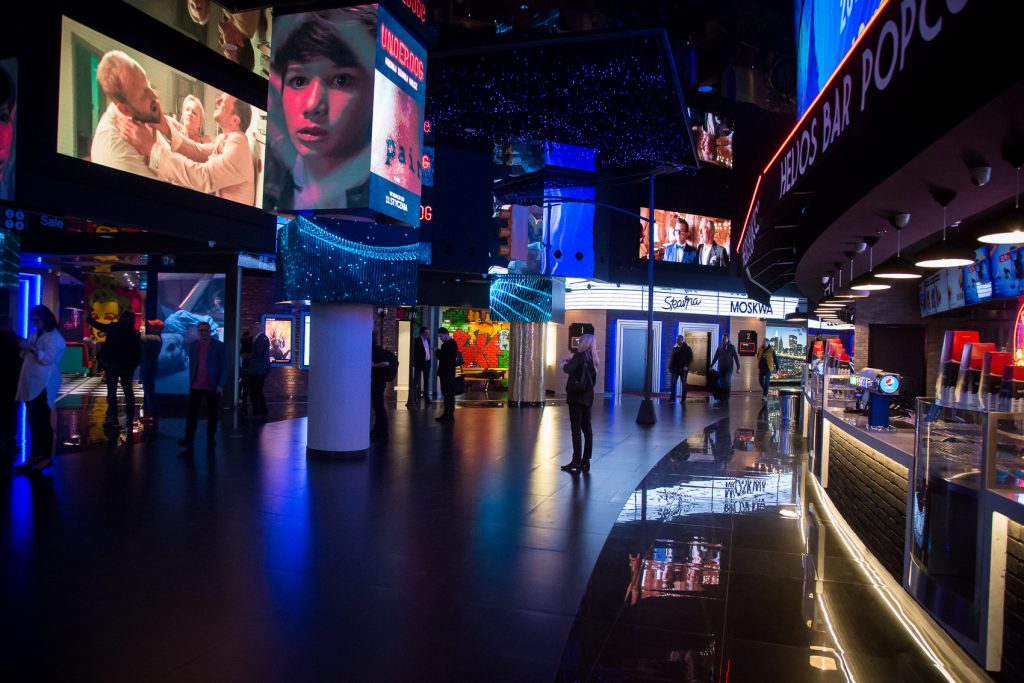 This Thursday – on February 14th 2019, Warsaw film-goers will be able to go to the Helios multiplex in Blue City in Ochota for the first time. The first network’s cinema to be opened in the Polish capital city has 8 screening rooms waiting for spectators, including 3 Helios Dream rooms – outstanding for their modern design, with recliners with electric seat adjustment and the highest quality sound and picture. This is the 47th Helios network facility in Poland.

The first Helios cinema in Warsaw is a unique combination of innovative technological solutions offered by modern multiplexes with the magic of old capital cinemas. Thanks to the decor and large-format, high-resolution LED screens displaying movie trailers and posters in the foyer of the cinema, the viewers will feel like on a lit Times Square. At the same time, Helios will pay tribute to the historical Warsaw cinemas and, thanks to the names of screening rooms such as Relax, Femina or Palladium, take viewers on a sentimental journey.

-The new Helios cinema in Warsaw is a beautiful, innovative object that combines two seemingly distant worlds: modern multiplexes full of technology and climatic old cinemas. Our viewers will get a chance to back in time – to the years of splendor of Warsaw cinema industry, as well as in space – straight to the bustling New York City. We would like them to be enthralled by the cinema from the very beginning of its operations and to fall in in love with Helios just in time for Valentine’s Day – comments Tomasz Jagiello, the president of the Helios cinema network.

In 8 cozy screening rooms of the new cinema halls over 850 spectators can sit on comfortable armchairs. As the first cinema in Poland, Helios in Blue City will offer projections in the innovative laser technology Christie RealLaser™. Additionally, the multiplex will be equipped with high-end solutions offering Dolby Atmos digital sound, Christie 4K image resolution and DepthQ 3D technology. Before the screenings, viewers will be able to drink coffee and try desserts in the Helios Café, as well as enjoy snacks and drinks from the cinema bar.

In the Helios cinema in Warsaw, as far as 3 rooms were created according to the unique concept of the network – Helios Dream. They distinguish themselves with modern design, Dolby Atmos sound system and 4K resolution projectors. For the first time in Poland, they allow viewers to watch movies in highly comfortable conditions – on recliner seats, enabling each spectator to decide how to position the seat, additionally fitted with popcorn and drink holders. As in all Helios cinema screening rooms, in the last row viewers will also find special places for two people – in Helios Dream rooms these are comfortable, fold-out sofas.

– Opening of the cinema in Blue City mega mall is very important to us – with it we are finalising the project of modernization of our property. Now we offer our clients three floors entirely filled with entertainment and gastronomy, which can also work fully every Sunday. We are very happy that we were able to acquire a modern cinema of the Helios network, whose high standard and varied repertoire will surely satisfy even the most demanding film-goers – says Yoram Reshef, general director of Blue City.

All information about the opening of the Helios cinema in Blue City, the current repertoire and film announcements, as well as news about local events related to cinema projects and film premieres are available at Helios.pl.

Helios is the largest network of multi-screen cinemas in Poland – including the latest Warsaw multiplex, it has 47 facilities with 269 screening rooms and over 52 thou. seats. Helios cinemas are present in both medium-sized cities and major Polish agglomerations, including in Lodz, Tri-City, Wroclaw and Poznan. In 2019, the network plans to open cinemas in Legionowo and Pabianice. The Helios network is recognized for its modern multiplexes – in 2018 the cinema located in the Forum Gdansk shopping mall, was singled out by Celluloidjunkie.com, among others, for its original design, ultra-modern multimedia forms, including the outstanding LED screens on the walls and ceilings, as well as comfortable Helios Dream screening rooms

Blue City is unique in Poland the fourth generation center, combining commercial, entertainment and office functions – a concept repeatedly awarded for the comfort of shopping and customer-friendliness, recognized also for its pro-environmental BREEAM In-Use certificate. Blue City currently has over 200 stores, catering, service and entertainment points, numerous attractions for children, as well as several dozen special events per year.