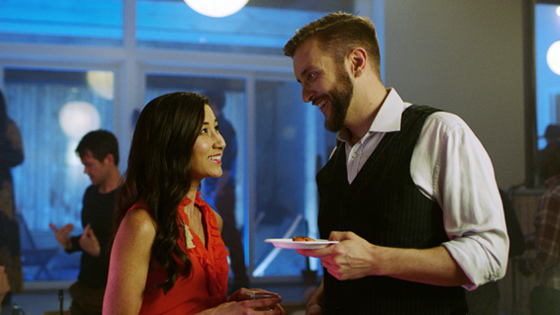 The 49th Annual Nashville Film Festival continues its rollout of film announcements with the seven selected Tennessee First films that include the World Premiere of “Other Versions of You” and “Straight Up: Kentucky Bourbon” as well as the Southeast US Premiere of “Triumph” starring and narrated by Academy Award winner Forest Whitaker.

“We are continually impressed by the incredible storytelling submitted in the Tennessee First Competition and thrilled to highlight these films as part of our all-star lineup,” said Brian Owens, Nashville Film Festival’s Artistic Director.

Below are the 2018 selections in the category:

“Other Versions of You” (World Premiere) – Diggsy has been in love with Suzette since he was 9 years old. After she marries someone else, he encounters a mysterious stranger who offers him a key that can open doors into parallel universes. This unexpected journey leads him on a quest filled with surprises, awkward encounters, and the possibility of finding the perfect version of a Suzette who will love him back. Cast: Kristopher Wente, Sara Antonio, CJ Perry, Brittany Belland, Miroslav Barnyashev, Eddie George. Director: Motke Dapp, Producers: David Perry, Ryan Hartsock, Motke Dapp (USA)

“Stage 5” (Southeast US Premiere) – When Andrew, a down-on-his-luck alcoholic with kidney failure, wakes up in a hospital room with the up-and-coming comic Zeke by his bedside, his life is changed forever. With no money and no family, he moves into the 601 House, a halfway home for the sick who can’t afford to take care of themselves. But as Zeke and Andrew grow closer, life throws a curveball that just can’t be hit. Cast: Nate Shumate, Silas Green, Johnathan Gorman, Kayla Chase Stephen. Director: Alex Westrick, Producers: Alex Westrick, Jeffry Lawrence, Mike Wargo (USA)

The Nashville Film Festival offers individual screening tickets, membership prices as low as $45 and more. To learn more, and to see the most updated agenda, visit https://nashvillefilmfestival.org.

About Nashville Film Festival
In May 2018, the Nashville Film Festival will celebrate its 49th annual event with 10 days of can’t miss film premieres, red carpet events and informational panels featuring industry leaders. The Festival, which was voted one of “50 Film Festivals worth the entry fee” by MovieMaker Magazine, highlighted as One of the Best Film Festival Prizes by Film Festival Today and named by Brooks Institute as one of the top 5 film festivals in the U.S., presents the best in World Cinema, American indies, documentaries, and numerous short form programs by veteran masters, up-and-coming directors, and first-time filmmakers. With Oscar Award qualifying status and numerous well-attended shorts programs, the Nashville Film Festival has screened many prize-winning narrative and animated shorts including “13 Assassins,” “(500) Days of Summer,” Cyrus and Academy Award nominees, “I Am Love,” “Ajami,” and “Dogtooth.” Celebrity honorees and participants have included Oprah Winfrey, Susan Sarandon, William Shatner, William H. Macy, Al Gore, Nicole Kidman, Danny Glover, Vincent D’Onofrio and many more. Additional information on the festival and its 2018 schedule can be found at nashvillefilmfestival.org.