Take That: Wonderland Live from the O2 Enters at #1 at the UK & Irish Box Office on Friday 9 June 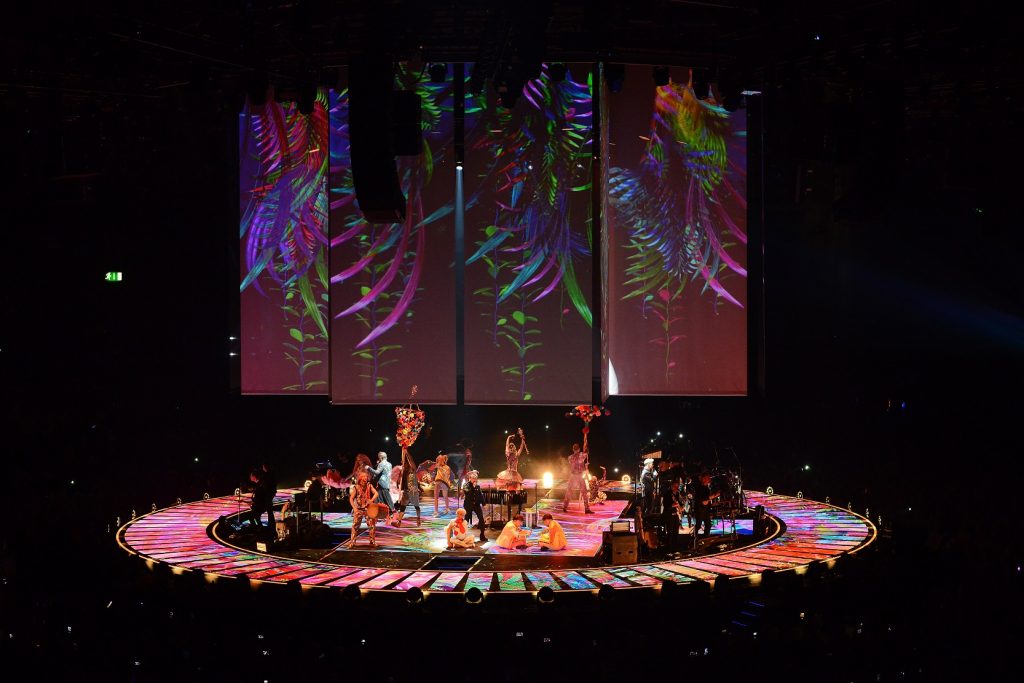 Event Cinema specialists CinemaLive and Sassy Films are proud to announce that Take That: Wonderland Live from the O2, broadcast live to 486 cinemas across the UK and Ireland on Friday 9 June, achieved close to £1million (£996,237*) gross beating Tom Cruise’s The Mummy on opening night and Wonder Woman (second week of release). The event is now the Highest Grossing Live Music Concert at the UK & Irish box office of all time.

CinemaLive Co-director and Executive Producer, Janelle Mason, said: “We are incredibly proud to have brought this critically acclaimed show to cinema audiences. The feedback we have received from fans and box office result combined, once again proves that an artist can form a meaningful and strong connection with their fan base and beyond through cinema, as well as being a viable revenue stream.”

Sassy Films’ Director of Talent, Mark Wagman said: “Take That and their incredible team continue to deliver spectacular shows. We are very proud to have turned ‘Wonderland’ into a live cinema experience that fans have really enjoyed!”

The concert also screened at 90 further cinemas across Europe, including Germany, The Netherlands, Belgium and Denmark.

Due to popular demand, encore screenings will be taking place on Sunday 18 June at 3pm in 250 cinemas across the UK.

About CinemaLive
CinemaLive, is a multi-award winning specialist in Event Cinema which distributes and delivers live and recorded content theatrically to over 70 countries worldwide covering a range of genres including music concerts, opera, theatre, musicals and comedy.