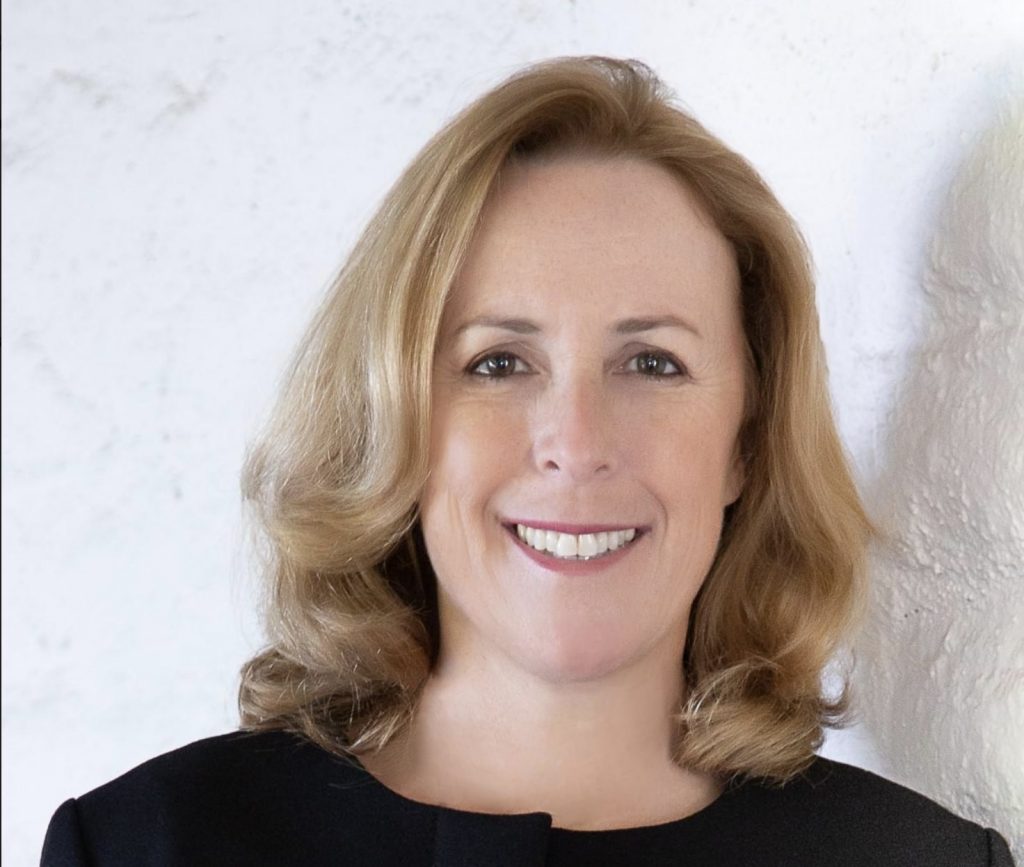 Cinema-industry veteran Susie Beiersdorf, Vice President of Sales, Cinema – The Americas, Christie, has been selected as the 2019 recipient of the Ken Mason Inter-Society Award. The Ken Mason Award honors an individual who has made outstanding long-term contributions leading to the overall improvement of the motion picture experience. The announcement was made today by Paul Holliman, President, The Inter-Society for the Enhancement of Cinema Presentation, Inc. Beiersdorf will receive the award at a ceremony held at CinemaCon in Las Vegas on April 4.

“I am honored to present Susie with the prestigious Ken Mason Award,” said Holliman. “She has been an integral part in the development and transition to digital cinema and is one of the most well-respected individuals in our business. I have known Susie for many years and admire her professionally and personally.” Previous recipients include: Ken Mason, Barry Reardon, Al Shapiro, Bud Stone, Ioan Allen, Curt Behlmer, Wendy Aylsworth, Mark Christiansen, Sid Ganis, and Jack Kline.

“In addition to her many professional accomplishments, Susie Beiersdorf has always devoted that rarest of commodities – her personal time – to advance technologies and drive initiatives to enhance the motion picture experience,” said Jack Kline, Chairman, President and CEO of Christie®. “This recognition by the Inter-Society is well deserved and I extend my warmest congratulations to Susie on being the 2019 Ken Mason Award winner.”

In her current role at Christie, Beiersdorf is responsible for working with exhibition, distribution and studio partners to further develop Christie’s presence in North and South America and expand Christie’s distribution of high performance projection displays and visualization solutions

Susie is actively involved in several industry organizations and initiatives, including Inter-Society, ISDCF, ICTA and SMPTE. She recently served as Chairman of the Inter-Society, the cross-industry forum that promotes dialogue and co-operation between all players in the movie presentation ecosystem and is on the Board of Directors of ICTA.

Susie has been involved in cinema from an early age, beginning with helping at her parents’ drive-in theatre in southern California. Susie subsequently held management, operations and marketing roles at Cineplex Odeon, followed by her appointment as Director of Sales at DTS, Inc. During this time, Susie helped lead the rollout of high quality digital surround sound into cinemas.

Moving to Sony Electronics in 2008, Susie oversaw the introduction and rollout of the first 4K digital cinema projection systems in her role as Vice President of Sales at Sony Digital Cinema.

“Having known Susie for over 20 years, I can think of very few individuals more deserving of this award” said Don Tannenbaum, Chairman of the Inter-Society “Susie’s strategic vision and commitment to success have benefitted many, including cinema operators and moviegoers.”

“It’s great when someone you’ve known and respected for many years is acknowledged by their peers” said Ioan Allen, SVP, Dolby Laboratories. “Susie is a charismatic and hardworking leader of the industry — well deserved.”
—
INTER-SOCIETY: The Inter-Society for the Enhancement of Cinema Presentation, Inc. promotes interactive dialogue and information exchange between cinema-related entities with the goal of resolving issues affecting the overall cinema presentation. Founded in 1978 by Eastman Kodak VP Ken Mason, membership is composed of its four charter trade organizations – International Cinema Technology Association (ICTA), the Motion Picture Association of America (MPAA), the National Association of Theatre Owners (NATO), and the Society of Motion Picture and Television Engineers (SMPTE) – along with over 40 member companies, made up of trade organizations, motion picture studios, exhibition companies, manufacturers, technical consultants and other industry stakeholders.

CINEMACON: CinemaCon, the official convention of the National Association of Theatre Owners (NATO) is the largest and most important gathering of movie theater owners from around the world. CinemaCon 2019 will be held at Caesars Palace, Las Vegas, NV on 1-4 April 2019.