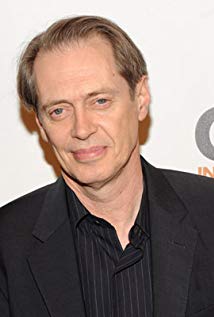 Steve Buscemi will receive this year’s “Cinema Icon Award,” Mitch Neuhauser, Managing Director of CinemaCon, announced today. CinemaCon, the official convention of NATO, will be held April 1-4, 2019 at Caesars Palace in Las Vegas. Buscemi will be presented with this special honor at the “CinemaCon Big Screen Achievement Awards” ceremony taking place on the evening of Thursday, April 4, at The Colosseum at Caesars Palace, hosted by the Coca-Cola Company, the official presenting sponsor of CinemaCon.

“For over four decades Steve Buscemi has established a reputation for playing some of the most unique and unforgettable characters ever seen on the big screen,” noted Neuhauser. “From Nick in ‘Parting Glances,’ to Mr. Pink in ‘Reservoir Dogs,’ and Carl Showalter in ‘Fargo’ Buscemi has made a lasting impression on movie going audiences around the globe and we are thrilled to honor him with this year’s ‘Cinema Icon Award.’”

Since his impressive breakout performance in “Parting Glances,” Steve Buscemi has built a career out of portraying some of the most unique and unforgettable characters in recent cinema. He won an Independent Spirit Award, The New York Film Critics Award and was nominated for a Golden Globe for his role in “Ghost World.” He won an Independent Spirit award for his role as Mr. Pink in “Reservoir Dogs.” Buscemi’s film credits include “Fargo,” “The Big Lebowski,” “Armageddon,” “Con Air,” “Big Fish,” “Living in Oblivion,” “New York Stories,” “Coffee and Cigarettes,” “Mystery Train” and “In the Soup,” among many others. He has made numerous cameo appearances in such films as “Pulp Fiction,” “Rising Sun,” “Big Daddy,” and “The Wedding Singer,” and has provided his voice to characters in many animated films including “Monsters, Inc.” “Final Fantasy,” “Charlotte’s Web,” “Monster House,” the “Hotel Transylvania” series and “The Boss Baby.” As a writer and director his projects include “Trees Lounge,” “Animal Factory,” “Lonesome Jim,” “Interview,” “What Happened to Pete” and “A Good Job: Stories of the FDNY.”

On the small screen he has starred and guest starred on many shows including “Boardwalk Empire,” which garnered him a Golden Globe Award, two Screen Actors Guild Awards, and two Emmy nominations, “The Sopranos,” for which he received an Emmy nomination for Best Supporting Actor, “30 Rock,” “Portlandia,” and directed episodes of “The Sopranos,” which earned him nominations for an Emmy and DGA Award, “30 Rock,” “Nurse Jackie,” “Portlandia,” “The Unbreakable Kimmy Schmidt,” “Homicide: Life on the Street,” and “Love.”