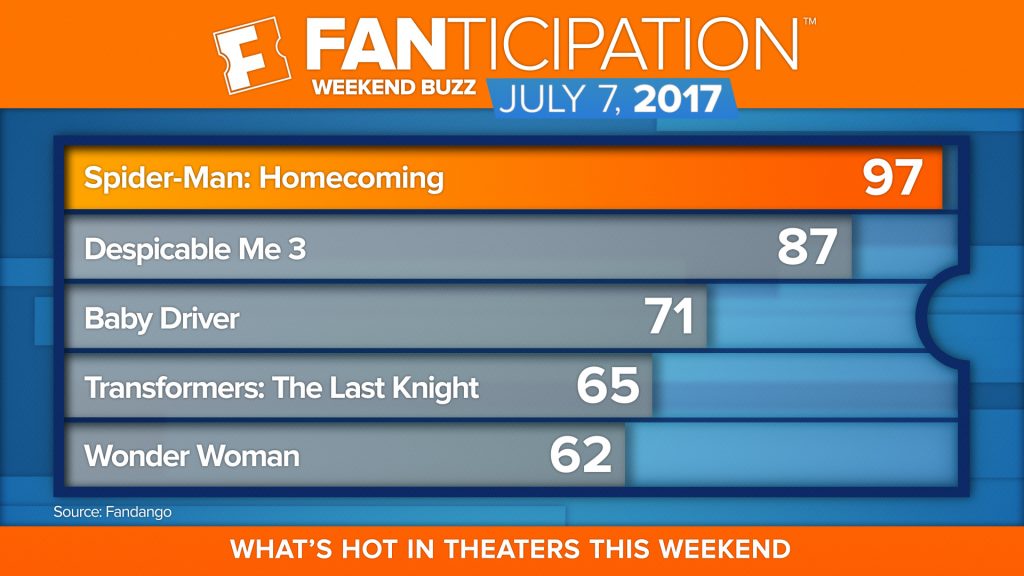 Marvel Studios’ “Spider-Man: Homecoming,” starring Tom Holland as the new Peter Parker/Spider-Man, is finding a home at the top of Fandango’s weekend sales and Fanticipation movie buzz indicator with 97 out of 100 points.

As of Thursday morning, “Homecoming” is outpacing “Wonder Woman” at the same point in the Fandango ticket sales cycle.

According to a Fandango survey of more than 1,000 “Spider-Man: Homecoming” moviegoers:

“The strong advance ticket sales for ‘Spider-Man: Homecoming’ represent a great start for Spidey’s main entrance into the Marvel Cinematic Universe,” says Fandango Managing Editor Erik Davis. “With terrific action set-pieces and some of the funniest scenes in any Marvel movie, ‘Homecoming’ is likely to see repeat viewing business throughout the summer.”