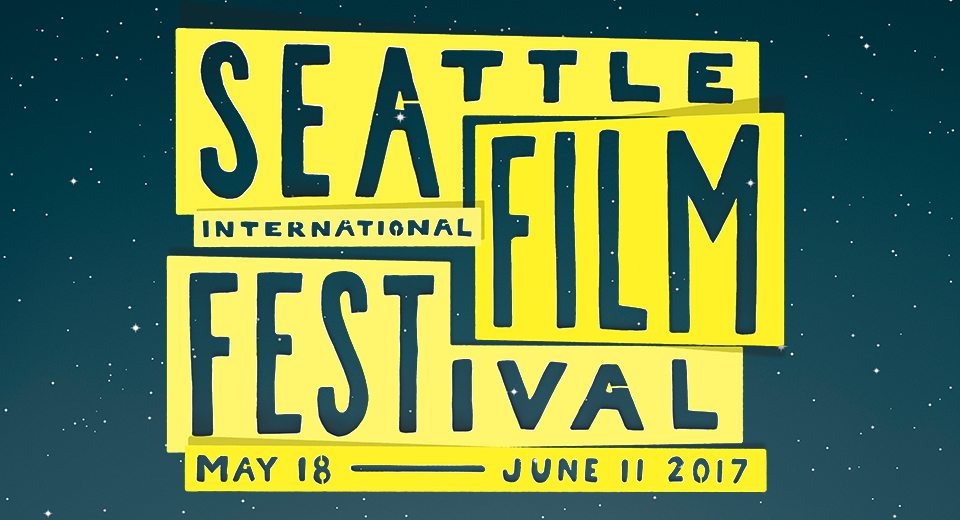 Seattle, Washington (May 3, 2017) – The Seattle International Film Festival, the largest and most highly attended festival in the United States, announced today the complete lineup of films, guests, and events for the 43rd annual 25-day Festival (May 18 – June 11, 2017).

Opening night kicks off Friday, May 18 with “The Big Sick” from Amazon Studios. Starring and written by Kumail Nanjiani (“Silicon Valley”) along with his wife Emily V. Gordon, the film promises to electrify audiences with the smart and complicated romantic story based on the beginnings of their relationship. Nanjiani will be in attendance at the Seattle premiere and Opening Night Gala, along with co-writer Emily V. Gordon and director Michael Showalter (“Hello, My Name is Doris” and “Wet Hot American Summer”). Closing this year’s Festival is the North American premiere of “The Young Karl Marx,” directed by Raoul Peck (“I Am Not Your Negro”). The story follows 26-year-old Karl Marx (August Diehl) and his wife Jenny in exile in Europe, where they meet a man who provides them with the final piece needed for the foundation of Marxist theory.

The World premiere of Theresa Rebeck’s “Trouble” will screen at Seattle’s historic SIFF Cinema Egyptian as SIFF honors the film’s executive producer and star, Anjelica Huston, with the Career Achievement in Acting Award. In addition to the award presentation and screening, the acclaimed actress is also slated for an on-stage interview at the Wednesday, June 7 event.

Also scheduled is An Afternoon with Sam Elliott, where the festival will pay tribute to the all-American actor. Along with his iconic voice, Elliott makes his way to SIFF on Saturday, May 27th for the Seattle premiere of his newest film “The Hero” following an onstage discussion that afternoon.

Receiving raving reviews following its’ world premiere at SXSW is Seattle native S.J. Chiro’s first full-length feature, Lane 1974. Drawing off of Chiro’s own childhood experiences as well as those described in Clane Hayward’s memoir “The Hypocrisy of Disco”, SIFF is thrilled to present this 1970s coming-of-age narrative.

One of several interactive events features “Rumble: The Indians Who Rocked The World,” a documentary by Catherine Bainbridge celebrating the achievements and contributions of Native Americans in modern American music. Along with the screening of the film, guests will also enjoy “Indigenous Centered Perspectives,” an exhibit showcasing works by four indigenous artists at the Paramount Theater. The Friday, May 26 event is hosted by SIFF in collaboration with Amazon Video Direct, STG, and Longhouse Media.

“This year’s robust line-up includes a wide variety of programs ranging from heartfelt features from comedy favorites to thought-provoking documentaries, as well as once in a lifetime conversations with Hollywood legends,” says Interim Artistic Director Beth Barrett. “We are thrilled to jump into our 43rd edition and introduce spectacular programming from across the world to over 150,000 film enthusiasts in Seattle over the course of 25 days.”

The 2017 Seattle International Film Festival is presented by SIFF, the non-profit arts organization that reaches more than 350,000 annually through SIFF Cinema, SIFF Education, and the annual flagship Festival.

About SIFF
Founded in 1976, SIFF creates experiences that bring people together to discover extraordinary films from around the world with the Seattle International Film Festival, SIFF Cinema, and SIFF Education. Recognized as one of the top film festivals in North America, the Seattle International Film Festival is the largest, most highly attended film festival in the United States, reaching more than 150,000 annually. The 25-day festival is renowned for its wide-ranging and eclectic programming, presenting over 400 features, short films, and documentaries from over 80 countries each year. SIFF Cinema exhibits premiere theatrical engagements, repertory, classic, and revival film showings 365 days a year on five screens at the SIFF Cinema Uptown, SIFF Cinema Egyptian, and SIFF Film Center, reaching more than 175,000 attendees annually. SIFF Education offers educational programs for all audiences serving more than 13,000 students and youth in the community with free programs each year.