Seth Rogen and Charlize Theron To Receive “CinemaCon Comedy Stars of the Year Award”, Lionsgate to Release “Long Shot” on May 3rd 2019 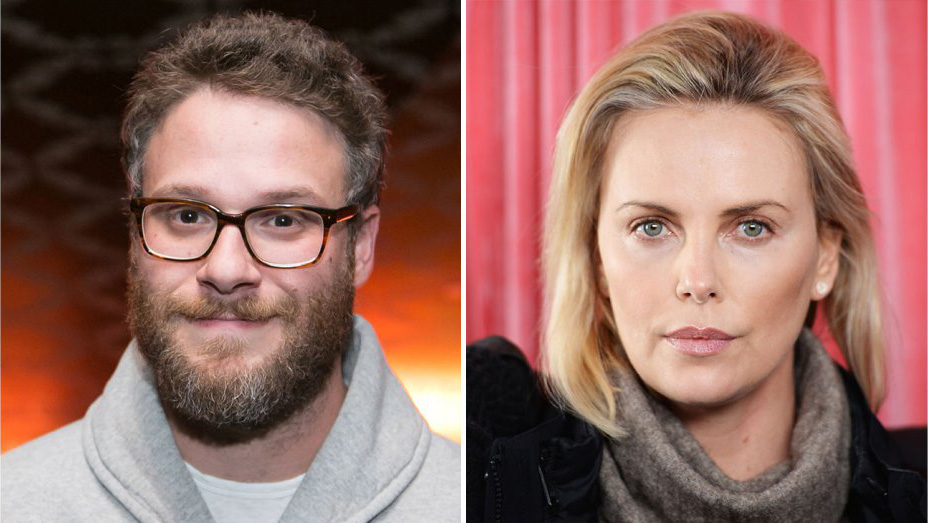 Seth Rogen and Charlize Theron will receive this year’s “CinemaCon Comedy Stars of the Year Award.” Mitch Neuhauser, Managing Director of CinemaCon, announced the award today. CinemaCon, the official convention of NATO, will be held April 1-4, 2019 at Caesars Palace in Las Vegas. Rogen and Theron will be presented with this special honor at the “CinemaCon Big Screen Achievement Awards” ceremony taking place on the evening of Thursday, April 4, at The Colosseum at Caesars Palace, hosted by the Coca-Cola Company, the official presenting sponsor of CinemaCon.

“Rogen and Theron have been bringing audiences around the world to the theatres for over a decade with some of the most entertaining, inspiring and hilarious films of our time,” noted Neuhauser. “With the initial reaction coming out for the film at SXSW it seems hilarity and box-office success are sure to come as the comedic team of Rogen and Theron bring ‘Long Shot,’ to our theatres this May.”

“Long Shot” stars Rogen as Fred Flarsky, a gifted and free-spirited journalist with an affinity for trouble and Theron as Charlotte Field, one of the most influential women in the world. The two people have nothing in common, except unbeknownst to her, she was his childhood crush. When they unexpectedly reconnect, Charlotte hires Fred to be her speechwriter as she prepares to make a run for the Presidency. A fish out of water on Charlotte’s elite team, Fred finds himself unprepared for her glamourous lifestyle in the limelight. However, sparks fly as their unmistakable chemistry leads to a round-the-world romance and a series of unexpected and dangerous incidents. “Long Shot”, winner of the this year’s South by Southwest Audience Award, also features O’Shea Jackson Jr., Andy Serkis, June Diane Raphael, Ravi Patel and Alexander Skarsgård. The film was directed by Jonathan Levine.

Actor, writer, producer and director Seth Rogen will also be seen in Disney’s “The Lion King” as the voice of Pumba alongside Beyoncé Knowles and Donald Glover, set for release on July 19, 2019. Rogen recently filmed Brandon Trost’s untitled film, which he is also producing, for Sony through his production company Point Grey Pictures (PGP). Alongside longtime collaborator Evan Goldberg, and their Point Grey Entertainment they produce a diverse slate of film and television projects such as “Future Man,” “Black Monday,” and “Preacher” as well as the new series “The Boys” for Amazon and “Good Boys” for Universal.

Oscar-winning actress Charlize Theron has appeared in numerous films over the years including; “The Devil’s Advocate,” “The Cider House Rules,” the critically acclaimed “Monster” for which she earned an Academy Award, a Golden Globe, a Screen Actors Guild Award, and an Independent Spirit Award, “North Country” for which she was nominated for an Academy Award, a Golden Globe, a Screen Actors Guild Award, and a Critics Choice Award, “Hancock,” “Young Adult” for which she garnered a Golden Globe nomination, HBO’s “The Life and Death of Peter Sellers” for which she received a Golden Globe, Screen Actors Guild, and Emmy nominations, “Snow White and the Huntsman,” “A Million Ways to Die in the West,” “Mad Max: Fury Road,” “Dark Places,” “Kubo and the Two Strings” and “The Fate of The Furious.” Under her production company, Denver and Delilah, Theron has produced and starred in such films as “Atomic Blonde,” “Gringo,” and “Tully,” for which she earned a Golden Globe nomination. Theron also serves as a United Nations Messenger of Peace and as the founder of the Charlize Theron Africa Outreach Project. Later this year Theron lends her voice to Morticia Adams in the animated revival of “The Addams Family,” and will portray Megyn Kelly in the “Untitled Charles Randolph Project,” which her production company is also producing.

About NATO
The National Association of Theatre Owners (NATO) is the largest exhibition trade organization in the world, representing more than 33,393 movie screens in all 50 states, and additional cinemas in 94 countries worldwide. NATO’s membership includes the largest cinema chains in the world and hundreds of independent theater owners, too.  Additional information on CinemaCon can be found at www.cinemacon.com.