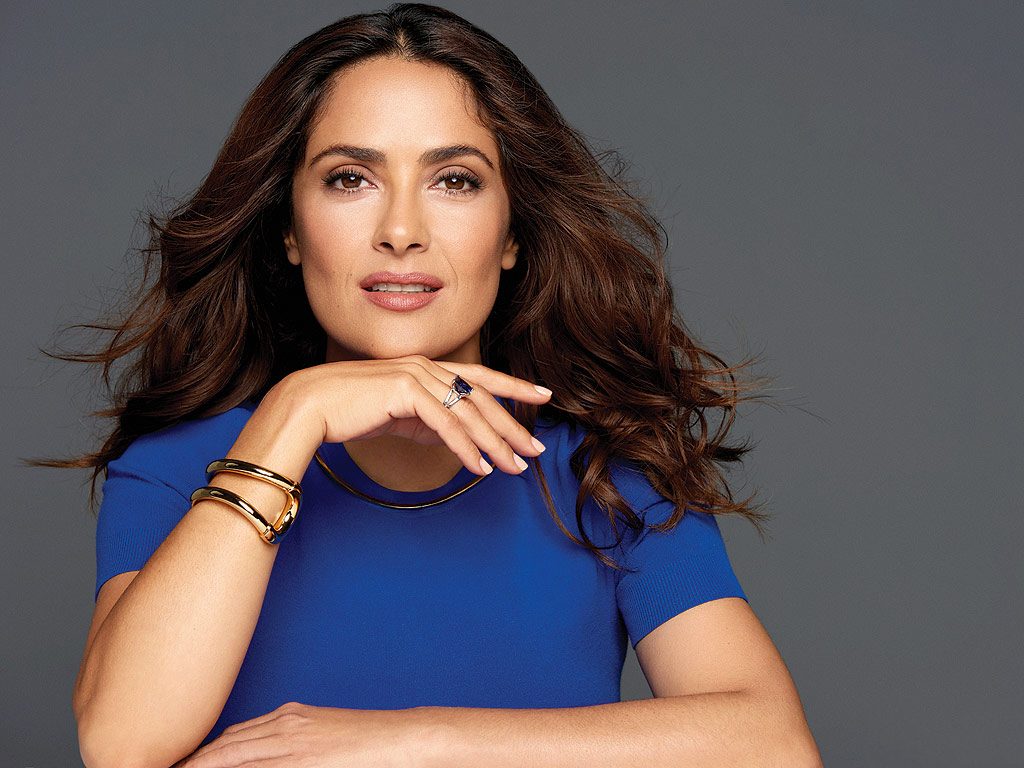 Academy Award nominee Salma Hayek will receive the “CinemaCon Vanguard Award,” it was announced today by CinemaCon Managing Director, Mitch Neuhauser. CinemaCon, the official convention of The National Association of Theatre Owners (NATO) will be held March 27-30, 2017 at Caesars Palace in Las Vegas. Hayek will be presented with this special honor at the “CinemaCon Big Screen Achievement Awards” ceremony taking place on the evening of Thursday, March 30, at The Colosseum at Caesars Palace, hosted by the Coca-Cola Company, the official presenting sponsor of CinemaCon.

“A commanding presence onscreen and off Hayek has proven herself to be one of the most prolific actresses of our time,” noted Neuhauser. “From her stunning turn as Frida in the film of the same name, to her hilarious roles in films such as ‘Grown-Ups,’ Hayek has not only entertained audiences around the world with her vast array of roles but she has devoted herself to causes with a passion unlike no other. We could not be more honored to present Hayek with this year’s ‘CinemaCon Vanguard Award.’”

Hayek will star this summer in “The Hitman’s Bodyguard,” to be released in theaters by Lionsgate’s Summit Entertainment on August 18, 2017. Fresh off the box-office blockbuster “Deadpool,” Ryan Reynolds teams with Academy-Award nominee Samuel L. Jackson — most recently seen starring in “Kong: Skull Island” — in this high-octane action comedy. The film follows the world’s top protection agent (Reynolds) whose new client happens to be a notorious hitman (Jackson). After years of being on opposite sides of a bullet, the bodyguard and the assassin are forced to spend 24 tense hours together traveling from England to The Hague. Besides their mutual contempt for one another, the only other thing standing in their way during their trek is a murderous Eastern European dictator, Academy Award nominee Gary Oldman. Academy Award nominee Hayek stars in the films as Jackson’s equally notorious wife.

Next month Hayek will star opposite Eugenio Derbez in the laugh out loud comedy “How To Be A Latin Lover,” releasing on April 28, 2017 via Pantelion Films, a joint venture between Lionsgate and Televisa. Derbez stars as a very handsome and young Maximo who has a dream to be rich without ever having to work a day in his life. Having made a career of seducing rich older women, he marries a wealthy woman more than twice his age. 25 years later, he gets the surprise of his life when she ends up dumping him for a younger car salesman. Forced out of his mansion and desperate for a place to stay, he must move in with his estranged sister, Sara, (Hayek) and her son, Hugo. Anxious to return to the lap of luxury, Maximo uses his nephew’s crush on a classmate to get to his new target – her grandmother, Celeste, a widowed billionaire. As Maximo tries to rekindle his powers as a Latin lover, he finds himself bonding with his nephew and he begins to learn that being a Latin lover means that loving money isn’t as important as the love of your family.

Since breaking through on the big screen in “Desperado” Salma Hayek has gone on to star in such films as “La Chispa De La Vida,” “Puss in Boots,” “Bandidas,” “After the Sunset,” “From Dusk Till Dawn,” “Tale of Tales,” “Some Kind of Beautiful,” “Savages,” “Grown-Ups,” and “The Prophet” just to name a few. Her stunning turn as Frida in the 2002 release of “Frida” earned her Academy Award, Golden Globe, Screen Actors Guild and BAFTA award nominations. Hayek can soon also be seen in “Beatriz at Dinner,” and “Drunk Parents.” On the small screen Hayek was last seen guest starring on NBC’s 30 Rock and won an Emmy for her directorial debut, “The Maldonado Miracle.” She has served as the Executive Producer on the award-winning “Ugly Betty,” and co-produced Showtime’s “In the Time of the Butterflies,” among others. Dedicating much of her time to social activism she has served as spokesperson for Pampers/UNICEF to help stop the spread of life threatening maternal and neonatal tetanus, for Avon Foundations “Speak Out Against Domestic Violence Program,” for which she spoke in front of the US Senate encouraging the extension of the Violence Against Women Act. In addition she has visited the Arctic Circle to bring attention to the dangers of global warming, served as co-host at the Nobel Peace Prize Concert in Oslo, was part of the “One” campaign as well as a member of Global Green and Youth Aids. In 2013 alongside Beyonce Knowles-Carter and Frida Giannini she co-founded “Chime for Change” an organization dedicated to improving the education, help and welfare of women and girls around the world.