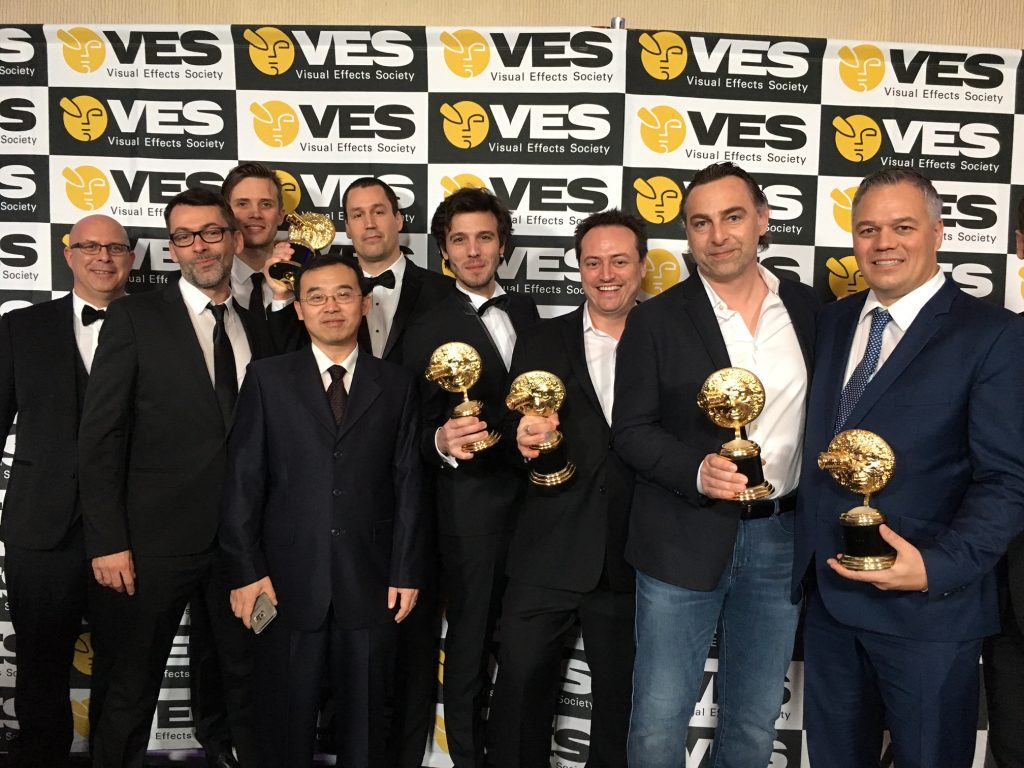 Rodeo FX won three VES (Visual Effects Society) Awards for its work on “Game of Thrones” at the 15th VES Awards ceremony held last night in Los Angeles. The awards honored the studio’s work on “Battle of the Bastards”, the ninth and most memorable episode of season 6, in the following categories.

Outstanding Effects Simulations in an Episode, Commercial, or Real-Time Project
The team at Rodeo FX tackled the destruction of ships in the harbor during the Meereen battle scene. This was a huge undertaking as the ships are being destroyed by flying dragons emitting enormous plumes of fire, shattering the boats and boiling the water underneath. The destruction of the ships and the performance of the fire were done in a deliberate way across the various shots as we see it from different angles during the sequence. Simulated sails, water, fire, and digital doubles actors jumping off the ships completed the scene.

Outstanding Created Environment in an Episode, Commercial, or Real-Time Project
“Battle of the Bastards” culminates in the attack on Meereen from a host of ships in the harbor. In addition to the fully CG city – including all buildings and props that were modeled individually – Rodeo FX simulated flaming cannonballs catapulted into Meereen’s buildings and created CG smoke, particles, water, and fire.

“The artists work really hard on delivering high-quality visual effects on all projects, and I’m delighted it’s being recognized by the industry,” said Sébastien Moreau, president of Rodeo FX. “These awards will no doubt drive the team working on season 7 of ‘Game of Thrones’ to push the limits even more.”

Congratulations to the whole team at Rodeo FX, to HBO, Joe Bauer, Steve Kullback, and to all the studios and artists who contributed their magic to Season 6 of “Game of Thrones”.

About Rodeo FX
Founded in 2006, Rodeo FX delivers award-winning visual effects to leading feature films and television productions. The studio’s VFX expertise appears in more than 80 feature films, including “Arrival”, “Fantastic Beasts and Where to Find Them”, “Miss Peregrine’s Home for Peculiar Children”, “The Legend of Tarzan”, “Warcraft”, and Academy Award-winner “Birdman”.

With studios in Montreal, Los Angeles and Quebec City, Rodeo FX employs 350 accomplished artists and professionals and celebrated its 10th anniversary in 2016.