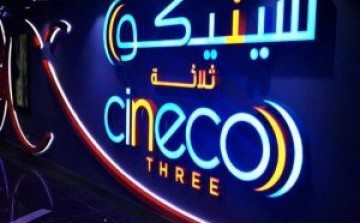 Announcing the results, Cineco said the increase in net profit was due to the sale of 50% of the assets of City Centre Cinema location for the total amount of $51.7m (BD19.5m) and also the resultant fair value increase due to revaluation of remaining 50% of the assets, the release stated.

The reason for the decline in the operating income was that from July 1, 2017, the income and expenses of Cineco 20, City Centre were accounted in a separate associate company. Therefore, in its financial statement, Cineco recorded only its share of net profit for the period, the company said in a statement.

Cineco has also registered a net loss of $6.9m (BD2.62m) for the fourth quarter.

This decline is reportedly due to the impairment of investment n Qatar Bahrain International Cinema and Al Murjan Restaurant in Qatar in the fourth quarter of the financial year, 2017, said the statement.

The board decided to impair due to geopolitical instability prevailing between Qatar and other GCC countries, it stated.

Commenting on the results, Dr Esam Abdulla Fakhro, Chairman of the Board, said: “Over the years, we have been at the forefront of the entertainment industry in Bahrain through our provision of constantly evolving, pioneering technology and exemplary services to our customers.”

Elaborating on the success, Cineco CEO Ahmed Rashed said: “The past year has been enormously prosperous for us in terms of the success we achieved through the numerous strategic business initiatives we executed that served to substantially augment the movie experience for our customers.”

“In the same vein, this year, we aim to extensively improve ourselves through the myriad expansionist plans we have in place that will help us achieve unprecedentedly positive results, both on a financial and experiential scale,” he added.