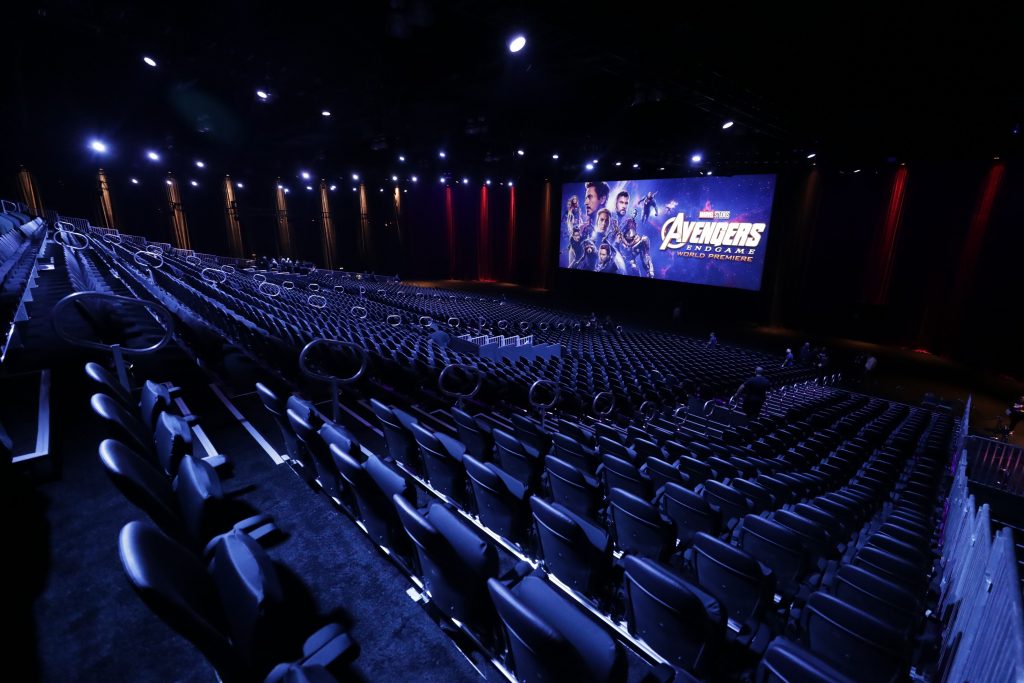 QSC is proud to announce it provided sound for the spectacular world premiere of the Avengers: Endgame on April 22 at the Los Angeles Convention Center. Premiere guests enjoyed a stunning presentation of film in DolbyVision and ATMOS using QSC loudspeakers, amplifiers, and signal processing featuring Q-SYS in a custom-built movie theater.

In total, the installation consisted of 102 loudspeakers, 29 subwoofers, and an estimated 800,000 watts of power with over half a mile of networking cable.

Jon Graves from QSC and his team set up and tuned the system over the course of six days.

The result was a premium movie theater despite the acoustic challenges of a concrete-enclosed exhibit hall. The theater seated over 2,000 guests using temporary stadium seating for optimal viewing. Q-SYS, a software-based audio, video and control ecosystem, provided the distribution and processing backbone for the installation. The theater used three Q-SYS Core 500i Integrated processors and two Core 1100 Enterprise processors, allowing for network redundancy. With over 50 network amplifiers, Q-SYS was utilized to monitor all amplifiers and audio channels.

“Everyone who attended the premiere was impressed with the superior quality of the sound and picture, which fully immersed them in the cinematic experience,” says Michael Kern, VP Special Events Production at Walt Disney Studios.