Our Screen, Not Yours: Escape to Odeon With a Trial of Phoneless Cinema Viewing 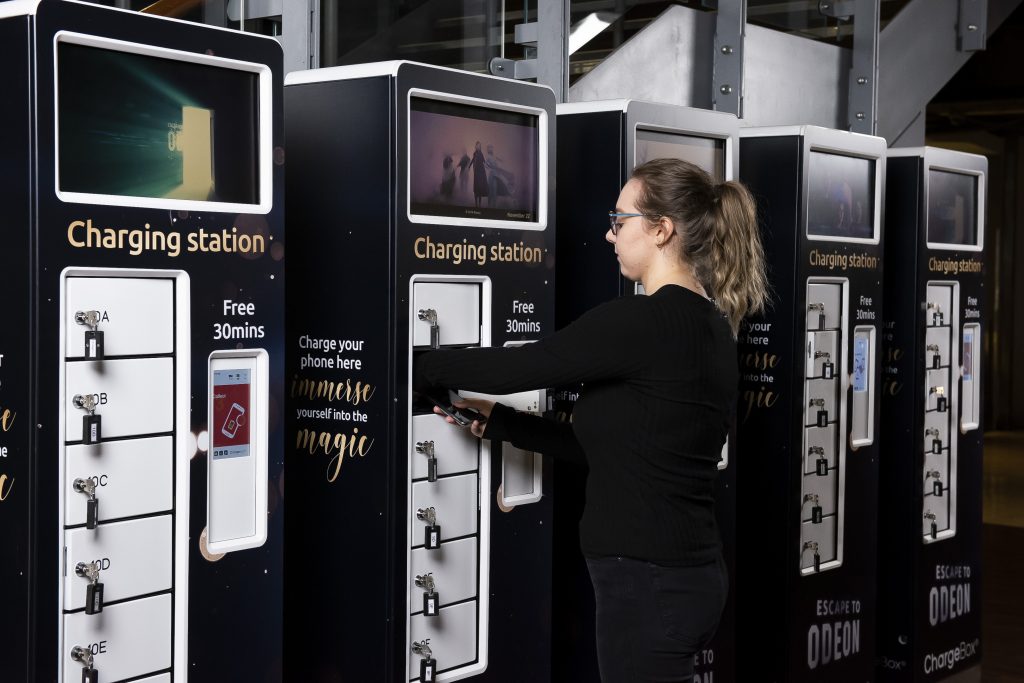 Research from ODEON revealed that almost half of Brits (47%) go to the cinema to relax and escape daily pressures, yet they don’t fully ‘switch off’ when watching their chosen film. Cinemagoers are well versed in turning their phones to silent, however almost one in four (23%) still check their device during a film.

It’s not just one casual glance as the trailers play, as a third of cinemagoers admitted to checking their phone up to nine times during a film. With the average film lasting 120 minutes, that means we’re guilty of checking our phone every 13 minutes!

With 14% of Brits citing the cinema as their ultimate relaxation destination, ODEON is encouraging guests to lock away their phones and immerse themselves fully in the magic of cinema.

Sixty charging phone lockers have been installed at ODEON Greenwich for guests to use during their visit. With 22% of Brits admitting they can be distracted by their phone when watching a film, the Christmas blockbuster season is no better time to switch off and focus on one screen – the big screen!

Guests at ODEON Greenwich can safely store their phones in the free charging lockers during December  and enjoy blockbusters such as Frozen 2 (out now), Jumanji: The Next Level (out now) and Star Wars: The Rise of Skywalker (19 December).

Chris Bates, Commercial Director at ODEON UK & Ireland said, “Christmas is such a busy period for us all, and we deserve the chance to escape into new worlds from time to time. We all have too many distractions, so we’re excited to trial this new initiative at ODEON Greenwich and hope our guests take advantage of the opportunity to ‘lock up and escape to ODEON’ this Christmas.”

* ODEON commissioned research of 1,000 British cinemagoers with Censuswide in 2019

For further information, please contact the ODEON team at ODEON@mischiefpr.com

The charging lockers in ODEON Greenwich have been provided by ChargeBox and will be trailed in the cinema during December.

>With more than 120 cinemas, over 950 screens and 87 years of cinema experience, ODEON is the leading cinema exhibitor across the UK & Ireland.