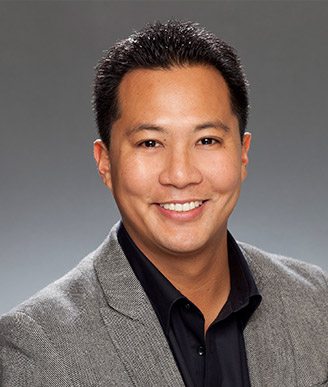 Open Road Films CEO Tom Ortenberg announced today that Lejo Pet has been tapped to join the company as Senior Vice President of Acquisitions. Pet will oversee all aspects of the division, including its diverse theatrical slate, and will report directly to Ortenberg.

Pet arrives from Paramount Pictures where he served as Vice President of Acquisitions and handled the acquisitions for various international territories on titles including “Goat”, “The Intervention”, “Ashby”, “Hell or High Water”, “The Gift” and “Spotlight”. Prior to Paramount, Pet served as Vice President of Acquisitions for Exclusive Media, where he acquired independent films for U.S. distribution and international sales. Before that, Pet was part of Sony Pictures Worldwide Acquisitions for six years, where he was involved in the acquisition of such titles as “The Raid”, “Robot & Frank” and “Predestination”. He also spent two years with Screen Gems working on productions such as “When a Stranger Calls” and “The Exorcism of Emily Rose”.

“Lejo is a smart, seasoned executive with unique expertise in the independent acquisitions arena,” stated Ortenberg. “He will be a key leader at Open Road and we are delighted that he is joining our team.”

“In just a few years Open Road has established a fantastic track record as a supporter of films that achieve critical acclaim and find enthusiastic audiences. I am proud to be joining this passionate, accomplished team,” added Pet.

Other notable Open Road Films releases include: “Nightcrawler”, starring Jake Gyllenhaal, which took the #1 spot at the box-office during its opening week and received an Oscar nomination for Best Original Screenplay, along with a Golden Globe nomination – it was named one of the best films of 2014 by the AFI and National Board of Review and top critics nationwide; the hit film “Chef”, written by, directed by and starring Jon Favreau along with Sofia Vergara, Scarlett Johansson, John Leguizamo, Bobby Cannavale, Oliver Platt, Dustin Hoffman and Robert Downey, Jr.; The Nut Job, which opened to over $25 million at the box office as the highest ever opening for an independent animated film; “The Grey”, directed by Joe Carnahan and starring Liam Neeson, which opened #1 at the box office; “End Of Watch”, directed by David Ayer and starring Jake Gyllenhaal and Michael Peña, which opened #1 at the box office; “Rosewater”, written and directed by Jon Stewart; “A Haunted House” starring Marlon Wayans; and “Side Effects”, directed by Steven Soderbergh and starring Rooney Mara, Jude Law, Catherine Zeta-Jones and Channing Tatum.

The company, led by industry veteran CEO Tom Ortenberg, is based in Los Angeles.