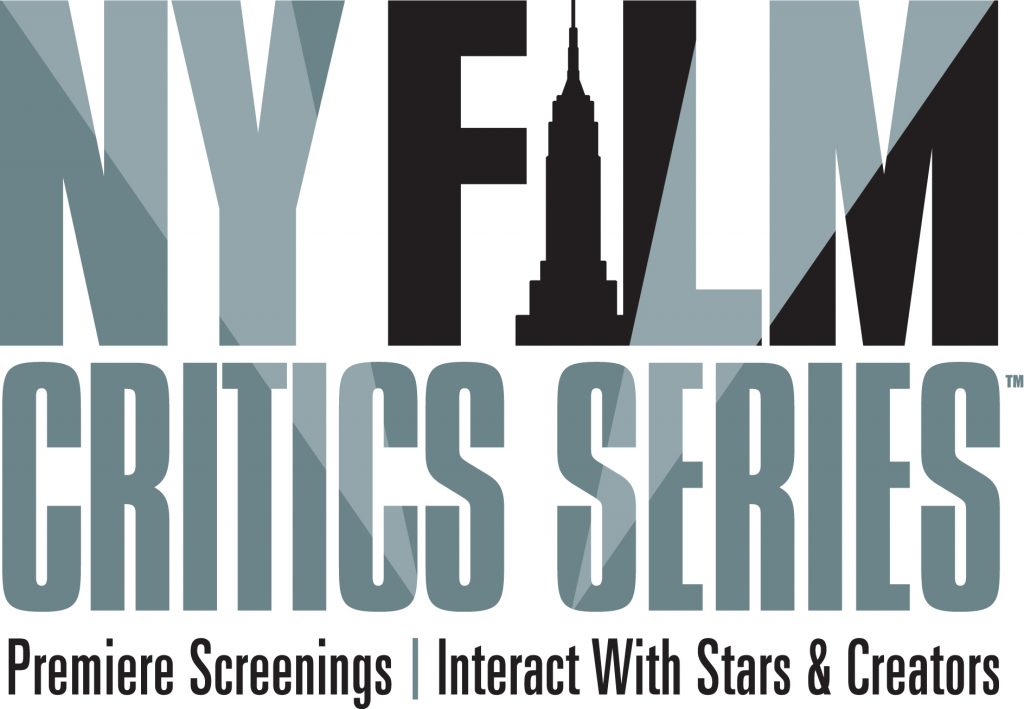 The New York Film Critics Series (NYFCS) is delighted to announce a new partnership with the Film Institute at Montclair State University. The initial program will enable advanced film students at Montclair State University to work in a professional environment and learn how to produce short form content featuring NYFCS directors, writers, producers and actors. Students will create their own production company and perform as producers, directors and crew to create stylish documentary segments featuring stories about the best in the independent movie business today. The participants will gain hands on experience in research, interviewing, writing and editing the original programming

The New York Film Critics Series (NYFCS) is a premiere screening company that partners with the nation’s leading independent cinemas to present live, in-theater events. The evenings are moderated by Peter Travers, film critic for Rolling Stone Magazine and ABC’s Popcorn, along with additional coverage by Alison Bailes of BBC.com and WOR Radio. NYFCS offers screenings of movies before their theatrical release and presents interactive, big-screen HD simulcast of films with the stars and filmmakers (www.nyfilmcriticsseries.com). For over 20 years. the company also has been producing a local New York City area series which takes place across the river in New Jersey for 16 weeks each year.

“Most of today’s film programs have industry pros come to the classroom to speak to students. This program allows young filmmakers to gain practical experience by being placed into the field to meet and work directly with today’s directors, writers, producers and actors”, says NYFCS Producer Mark Ehrenkranz.

The new program was created by Susan Skoog, the Director of Programming for the Film Institute at Montclair State and the lead faculty instructor for the course. “This exciting partnership affords our advanced filmmaking students the opportunity to create film-based content which will utilize the storytelling and production skills they have developed while at Montclair State”, says Skoog. “The partnership with NYFCS also provides a unique chance for our students to learn about theatrical distribution along with an opportunity to meet and interact one-on-one with leading independent filmmakers.”

Amelia Spitler, a student enrolled in Professor Skoog’s course, says, “I’m looking forward to working with NYFCS because the partnership will be my first opportunity to work with experienced people outside of Montclair State in a professional setting.”

“What excites me most about the Montclair State’s new partnership with NYFCS is being able to gain real life work experience while working with a professional production crew”, says another student, Stephanie Garcia. “The icing on the cake is being able to watch films before anyone else!”

NYFCS takes place exclusively in theaters and is never available on TV or the Internet. The events, including interviews and interactive audience involvement, are HD Simulcast to 55 select major markets so that people throughout the country can enjoy up close and personal moments featuring major movie stars, producers, writers and directors in the comfort of their own neighborhood theater. On a monthly basis, audiences experience all of the excitement of live Q&A sessions hosted by Peter Travers. Each screening brings the energy and VIP nature of prestigious, NYC screenings to nationwide audiences. This is a comprehensive, industry-wide, turn-key marketing tool complete with robust media and in-theater assets to 400+ screens.

NYFCS is dedicated to producing inspiring events in a collaborative environment and to nurturing the long-term success of movies. Featuring an energetic, creative, and experienced team, the NYFCS exhibits socially and culturally relevant films with live, world-class talent in the best independent theaters throughout the U.S. NYFCS will entertain, educate, surprise and invigorate film-loving audiences across the nation.

About The New York Film Critics Series:
Peter Travers, Host: Peter Travers is an American film critic, who has written for, in turn, People and Rolling Stone. Travers also hosts a celebrity interview show called Popcorn on ABC News Now and ABCNews.com. Travers joined Rolling Stone in 1989 after a four-year stint with People. He is best known for his basic writing style that eschews a more sophisticated analysis for an easy-to-read and often very opinionated form. According to efilmcritic.com, Travers is the nation’s most blurbed film critic. He has hosted the New York Film Critics Series for over 10 years. In addition to Rolling Stone Magazine and ABC-TV, Travers appears regularly on Newsweek, The Daily Beast, The Soho Apple Store, and CNN.

Alison Bailes, Co-Host: Alison Bailes is the film critic for WOR radio and www.fiftyisthenewfifty.com. She produces and hosts a series for BBC.com and guest hosts the New York Film Critics Series and maintains her own film website: www.alisonbailes.com. From 2005-2009 Bailes co-hosted the NBC Universal weekly movie review show “Lyons & Bailes Reel Talk”. Prior to joining WNBC, she created “At The Angelika” for the Independent Film Channel.

Independent Theaters: The NYFCS network of U.S. theaters are independent partners dedicated to presenting the finest films available. These are exhibitors who take great pride in their shows and provide patrons with state-of-the-art, live HD experiences in the comfort of their convenient locations. Each location has been carefully chosen to ensure the best possible experience that is available in domestic, independent cinema today. For a list of theater locations, please see http://nyfilmcriticsseries.com/Locations.html