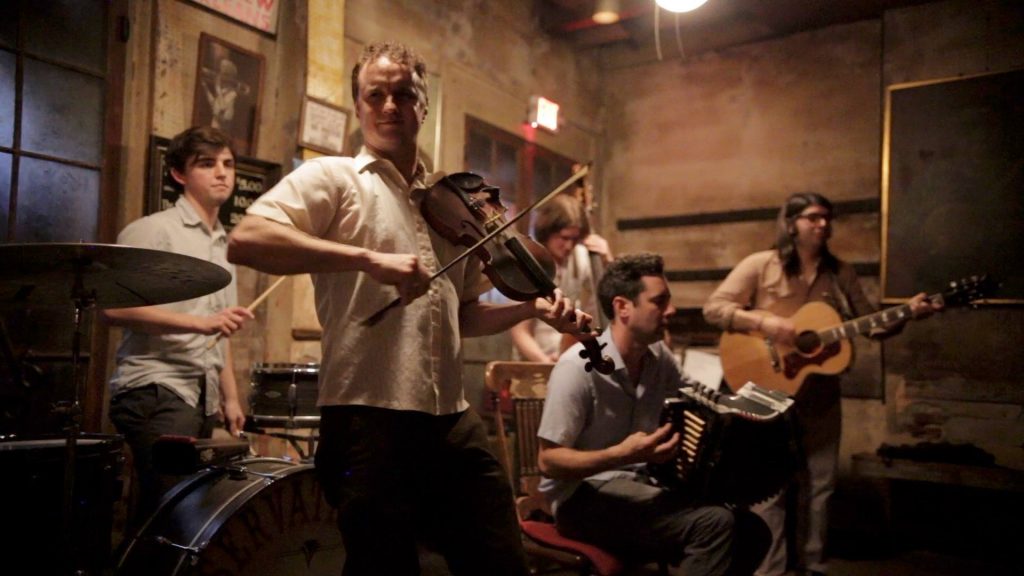 “On Va Continuer!” is a story of passionate dedication to the preservation of Louisiana Cajun French culture and ancestral knowledge through the tale of Louis Michot, a man whose life revolves around the culture he loves so deeply. From his lively on-stage presence in his Cajun rock band Lost Bayou Ramblers, through his life on the bayous and prairies of Louisiana, to the home he built with his own hands, Louis is a modern-day champion set on breathing life into a culture’s “dying” language using the one form of communication understood by all: music.

“At TV5MONDE USA, we are committed to showcasing unique stories about francophone culture in Louisiana. Our continued support for #CreateLouisiana’s French Culture Film Grant allows us to see first-hand the pipeline of innovative cultural content taking root right in the state,” said Patrice Courtaban, Chief Operating Officer of TV5MONDE USA.

Finalists pitched their projects and fielded questions from the full grant review committee, comprised of representatives from the partnering organizations. The selected winner, “On Va Continuer!,” received the honor of premiering during the 2019 French Film Festival at the Prytania Theatre in New Orleans.

About #CreateLouisiana
#CreateLouisiana champions Southern talent in the film and media space, supports the entertainment industries that are integral to the region, and fosters a sustainable creative economy for a homegrown cultural workforce. Through grant making, development programs, educational initiatives, mentorship opportunities, and social media, #CreateLouisiana grows our state’s vibrant creative industries and enriches our region’s visionary filmmakers. For more information, visit www.createlouisiana.com.

About TV5MONDE
TV5MONDE is the global French language entertainment network, broadcasting 24 hours a day, 7 days a week, without commercial interruptions. TV5MONDE USA is a premium pay-tv channel reaching 1.5 million viewers in the U.S., and has been carried on COX in Louisiana since 2001. American viewers enjoy a wealth of high quality French language programming, subtitled in English, including up to 300 classic, recent and never-before-seen in the U.S. French language films, around-the-clock newscasts live from Paris, the latest series and TV dramas, premium documentaries, cultural programs and international sports coverage. To find channel information and more information about TV5MONDE USA and its programming, please visit: www.tv5mondeusa.com