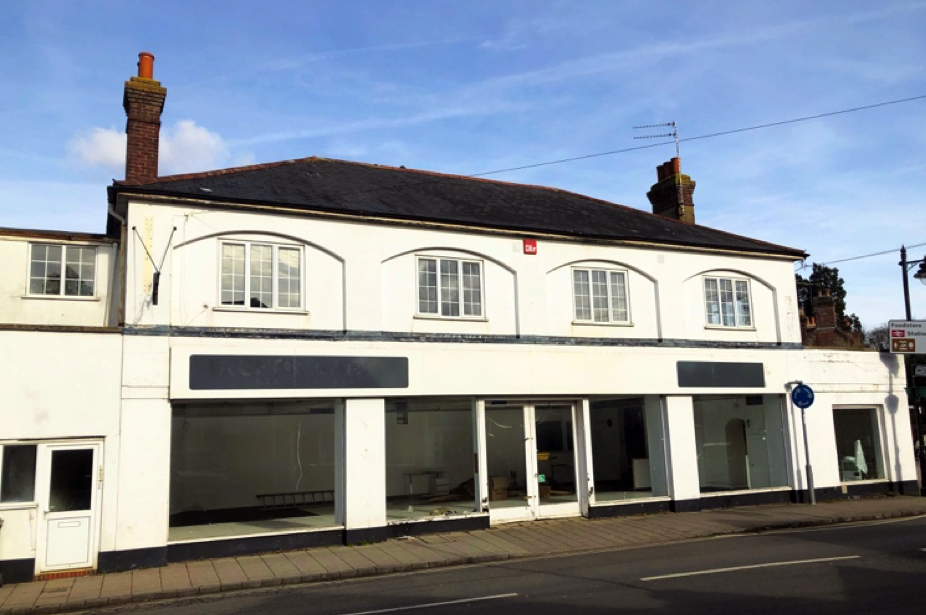 Construction work has formally commenced on the first, new concept, The Living Room Cinema, transforming the former Anchor Garage site in Liphook, Hampshire. The cinema will open in Autumn 2019, following an extensive and successful planning process.

In addition to the cinema space, the plans also include a new restaurant and several residential units. Award-winning London architects Baynes & Mitchell and McFarlane Latter designed the new development, and will work alongside property developer Tiger Hill Ltd and The Living Room Cinema to create an exciting addition to Liphook’s family of small businesses.

The Living Room Cinema will be the first purpose-built cinema in the Liphook area since the closure of The Rex, Haslemere over 30 years ago. The former Anchor Garage building was constructed in 1907 as a car showroom, and with its historic features and large footprint is an ideal venue to be converted into a new concept cinema.

Promising quality films combined with modern, welcoming social space, coffee and cocktails, The Living Room Cinema will be a ‘home from home’ in the heart of the community. Several membership options will be available, including a limited number of exclusive Founder Memberships.

Founder and CEO Claire Beswick, a Liphook local, was named one of the Top 50 Women in Global Cinema in 2018. An extensive cinema career has spanned several cinema chains including the ODEON Cinemas Group and Curzon Cinemas.

“I’m delighted to be bringing our very first cinema to my home town” says Beswick. “I started The Living Room Cinema with one aim: to provide smaller provincial commuter-belt locations with a quality and modern cinema offer. Many local residents may have experienced a boutique cinema experience which, until now, has been largely unavailable outside of larger towns and cities. Our smaller operation, pairing a single auditorium with a lounge-like foyer serving coffee and cocktails combines
all the essential ingredients for a super night out. Our aim is to bring communities together, breathe
life back into the High Street and re-establish cinema at its heart”.