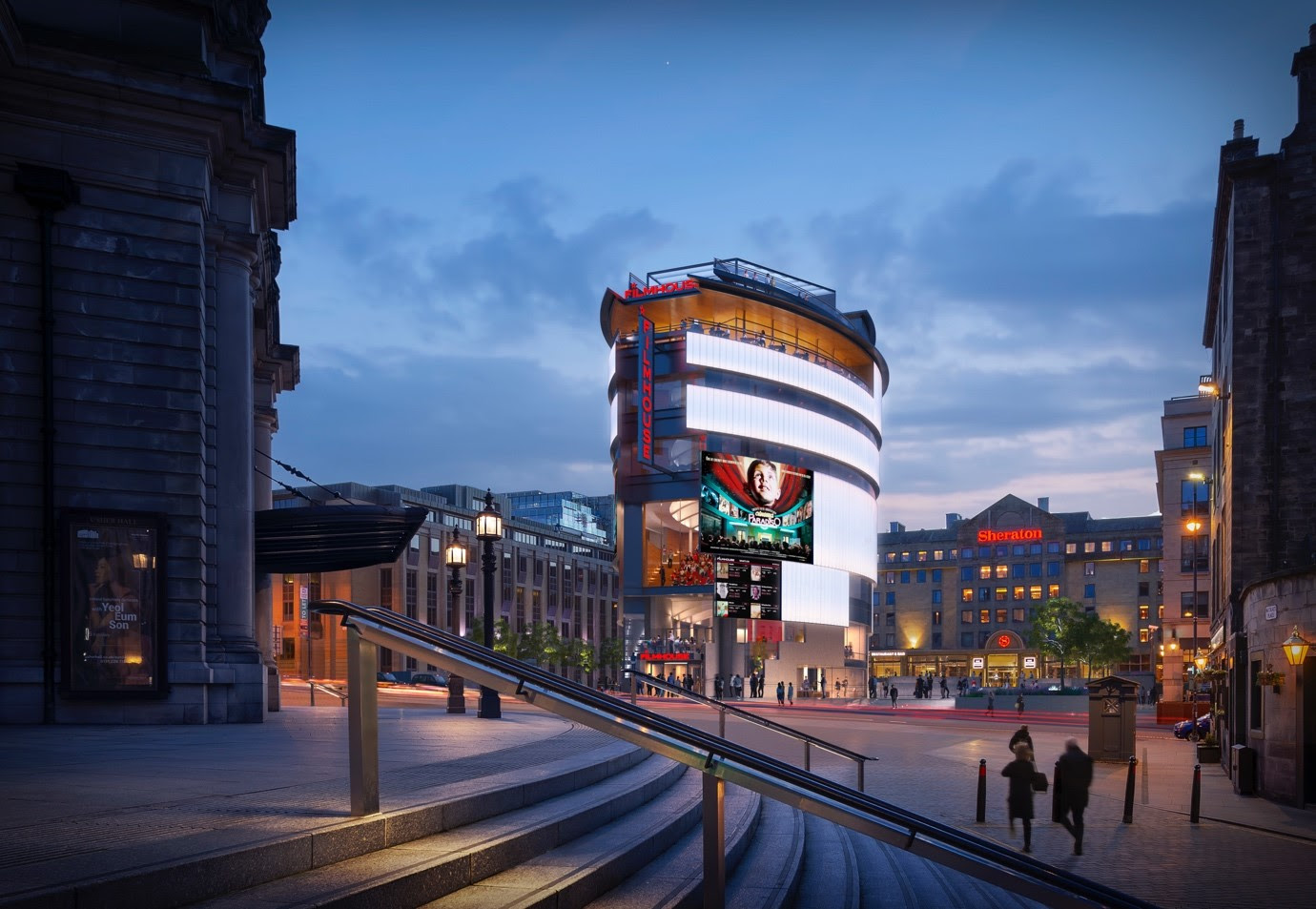 Irvine Welsh lends his support to the visionary proposals

Edinburgh, UK (December 17, 2020) – The planning application for the New Filmhouse is now live on the City of Edinburgh Council’s planning portal.

Public are able to submit comments on the proposals until 1 February 2021.

Today Irvine Welsh, the acclaimed writer of novels and screenplays added his support to the campaign to see the visionary new building realised, saying: “Edinburgh can’t remain bereft of cultural ambition. A custom built Filmhouse would put the city on a par with some of the great cinema capitals of the world. It would be a marvellous resource for our community and provide a fitting home for the world’s oldest international film festival. Why settle for being an also ran when you can be one of the very best?”

Following an extensive and successful public consultation process which ran for 4 months following its launch in March 2020, Centre for the Moving Image (CMI) submitted the full Planning Application for the proposed New Filmhouse in Festival Square to City of Edinburgh Council’s planning department. It is now live to view on the planning portal.

The New Filmhouse will be a world-class centre for film designed by Richard Murphy Architects and will create a landmark home for Filmhouse and Edinburgh International Film Festival. It will be a local, national and international hub for community engagement and learning, talent and skills development, film programming and audience engagement, innovation and enterprise, and networking which will benefit both the city’s residents and Scotland’s film industry.

The design of the New Filmhouse has evolved following the extensive consultation process, resulting in a reduction in the height, improved access arrangements within the building and more detailed proposals for the successful management of Festival Square as a public space.

The new building will be the catalyst that animates the underutilised public space in Festival Square and creates a vibrant and dynamic cultural hub, internationally significant in reputation and reach, whilst being primarily for the people of Edinburgh.

The New Filmhouse will retain the independence of spirit, identity and programming of the existing Filmhouse but deliver it in state-of-the-art cinemas, learning suites, an inspiring event and meeting space in the heart of the building, vital project, meeting and work space, an expanded café bar, a separate restaurant, and a programmable rooftop terrace and public viewpoint.

Ken Hay, CEO of Centre for the Moving Image (inc Filmhouse and Edinburgh International Film Festival) said: “We want the New Filmhouse to be the catalyst that transforms Festival Square so that it becomes a used and exciting public space. This new building itself will generate a lot of life in the Square, and we will design the Square to be welcoming and work collaboratively with our neighbours, the City Council and key cultural partners in managing the use of the Square for the benefit of the people of Edinburgh.

“As a cultural charity with a strong commitment to the social impact of its work we believe Filmhouse will be a great caretaker of what could become a much more inviting and valued public space. And our commitment to environmental sustainability means that the building will operate on a net zero carbon basis from its first day of opening.”

Sandy Begbie CBE, Chair of Centre for the Moving Image (inc Filmhouse and Edinburgh International Film Festival) added: “We believe in the power of film to transform lives – whether watching, making or learning about film. We want the New Filmhouse to be a vibrant and exciting community of film for the people of Edinburgh and Scotland, a place for anyone who loves film to come together in the one space. We want our new home to be inspiring and fully accessible for everyone – physically and emotionally – so whoever you are and wherever you’re from you’ll be welcome and able to access and participate in all that we do.

“Edinburgh is home to internationally recognised landmark museums, galleries, concert halls and theatres – each celebrations of their respective artforms. The New Filmhouse will be a fitting addition to these – a celebration of film, the most popular artform of the 20th and 21st centuries.”

As well as programming the best films from around the world, the Filmhouse charity delivers an ambitious level of events, learning and professional development opportunities and is a hub for film education and screen industries. The new building will provide the ideal setting for Filmhouse’s many diverse activities and significantly broaden its impact and reach.

It is projected that the New Filmhouse will attract over 800,000 individual visits each year, and work with more than 200 partners and organisations.

It will be a building for the future, operating on a net zero carbon basis from its opening day and actively encouraging staff and audiences to utilise low carbon travel options.

The proposed New Filmhouse is the conclusion of 30 years of discussion and debate. It is a genuine once in a generation opportunity to create an inspirational and accessible temple for film culture in the heart of Edinburgh for the people of Edinburgh; and to create a new home for two of Edinburgh’s most cherished institutions, which will enable them to fully deliver their vision and potential, and underpin their viability for the long term.

The existing Filmhouse inhabits a 190-year-old listed church building and cannot be redeveloped to deliver a viable fit for purpose building.

The full Planning Application has just been submitted and is expected to go live very soon. A decision is expected by early summer 2021. If successful, it is hoped that construction may begin in 2023 for completion in 2025.

Comments can be made to the Council through its planning portal between the application going live and late January.