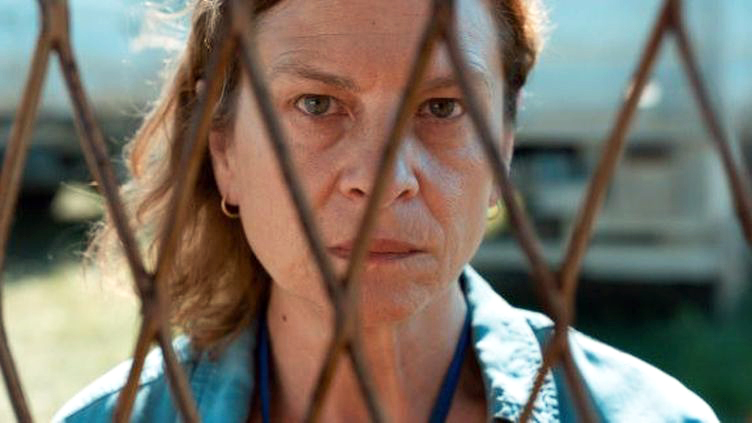 Super LTD, the boutique label from Neon, have acquired North American rights to Jasmila Žbani?’s “Quo Vadis, Aida?,” which made its World Premiere to critical acclaim at the Venice Film Festival, where it received three Awards including the Brian Award, Signis Award and Premio Unimed. The film, which is Bosnia and Herzegovina’s Official Entry for the Academy Awards and was recently shortlisted, went on to premiere at the Toronto International Film Festival, and was nominated for an Independent Spirit Award for Best International Feature. Written and directed by Žbani?, “Quo Vadis, Aida?” stars Jasna Djuricic and was produced by Sarajevo-based Deblokada, in co-production with coop99 filmproduktion (Austria), Digital Cube (Romania), N279 (Netherlands), Razor Film (Germany), Extreme Emotions (Poland), Indie Prod (France), Torden Film (Norway), TRT (Turkey), ZDF ARTE, ORF and BHRT.

Based on real events, “Quo Vadis, Aida?” is set in the Bosnian summer of 1995 during the Serbian occupation of Srebrenica, declared to be safe zone by the United Nations. Aida works as a translator for the UN peacekeeping task force in charge of a camp where her husband and two sons are being held along with thousands of other Bosnian citizens. Aida quickly gains access to crucial information she needs to translate, while the Serbian army gets closer to overtaking the camp. Indiewire described the film as a “finely crafted epic”, with The Hollywood Reporter emphasizing it as “a terrifically harrowing historical film that’s impossible to forget”.

Dan O’Meara and Darcy Heusel negotiated the deal for Super LTD with Nicolas Eschbach and Simon Gabriele of Indie Sales.

Žbani? previously won the Berlinale Golden Bear in 2006 with her debut feature Grbavica, and had her second feature On The Path also competing at Berlin in 2010. She also directed For Those Who Can Tell No Tales and Love Island.

Super LTD recently acquired Theo Anthony’s “All Light, Everywhere,” which won a Special Jury Prize for Non-Fiction Experimentation at Sundance, as well as master director Gianfranco Rosi’s “Notturno,” Italy’s official submission for this year’s Academy Awards which was shortlisted for Best Documentary Feature. Super LTD’s principals Darcy Heusel and Dan O’Meara were the team behind Neon’s “Honeyland,” which was the first non-fiction feature to land Academy Award nominations for Best Documentary and Best International Feature Film in the same year, and Victor Kossakovsky’s “Gunda: which was also shortlisted for Best Documentary Feature.