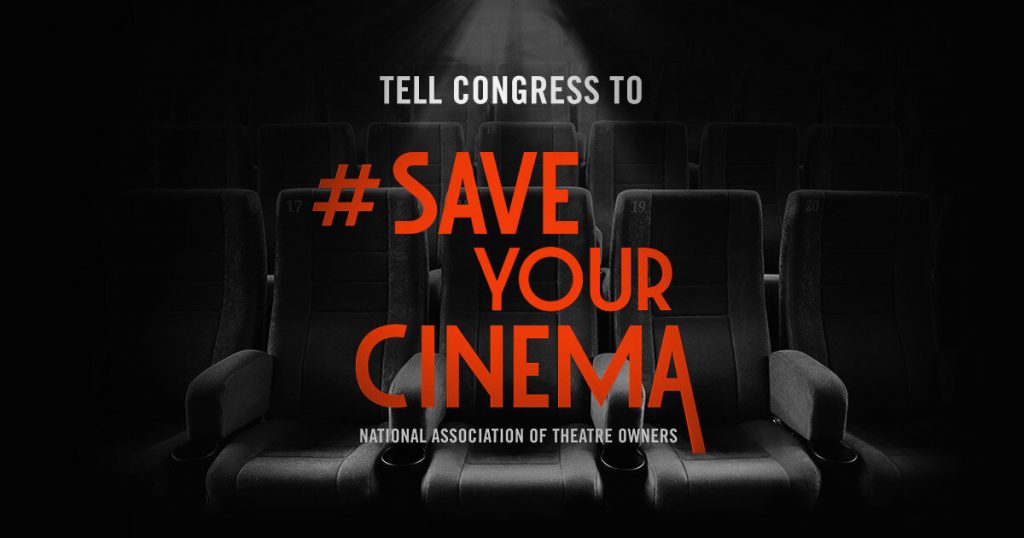 The National Association of Theatre Owners today urged Congress to #SaveYourCinema and pass relief for cinemas of all sizes. NATO’s #SaveYourCinema campaign has spurred more than 100,000 moviegoers across the country to send over 300,000 letters to Congress in support of aid to movie theaters. With time running short for cinemas, the industry is renewing its appeal to moviegoers to call on Congress and help the campaign reach a goal of half a million letters (https://saveyourcinema.com/#takeaction).

Echoing a letter signed by 93 directors, producers, and writers, including James Cameron, Barry Jenkins, Alma Har’el, Patty Jenkins, Christopher Nolan, Steven Spielberg, George Lucas and many others, the campaign urges Congress to enact multiple solutions that could help movie theaters survive this crisis, including an expansion of the Paycheck Protection Program, enacting the RESTART Act (S. 3814/H.R. 7481), and reallocating unspent money from the CARES Act toward relief programs that target cinemas of all sizes.

Movie theaters in the United States employ more than 150,000 people, many of whom are vulnerable individuals underrepresented in the workforce, including young people and people with disabilities. Theaters also support and boost millions of jobs in movie production, surrounding retail, and in the theatrical supply chain.

“The stark reality is that many movie theaters will not be able to open again if they don’t receive government help,” says Esther Baruh, Director of Government Relations for NATO. “This is as urgent as it gets. The exhibition industry thrived before this pandemic and it will thrive again, but theaters and their employees need a bridge to get them to that point.”